One of the key strategies for success in emerging markets is to adapt to local conditions. This could mean redesigning products and services from the ground up or merely tweaking products or packaging to meet consumers’ needs. With an ever expanding list of big-name failures in emerging markets, and tighter economic conditions in some countries, a local strategy is crucial to safeguard success.

Generalise at your peril

The importance of this can be amply seen when comparing markets which on the face of it may seem to have lots in common. For instance Bulgaria and Romania are two emerging Eastern European countries, with almost identical per capita expenditure – but the data behind this headline figure reveals some interesting differences between the two countries. The same can also be said of Colombia and Peru, and many other not-so-similar markets. 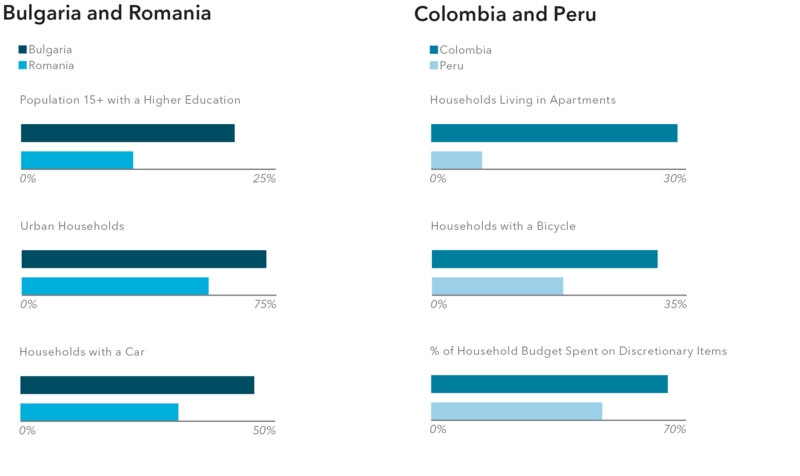 There are many ways of incorporating a local flavour into products and services:

Respecting different traditions and values and acknowledging different lifestyles and tastes, whilst accommodating different income levels and distributional challenges, is key. This kind of strategic flexibility also allows multinationals to compete more effectively with established local players and entrepreneurs – allowing them to be agile and responsive to changes on the ground. The degree to which this happens should of course vary according to company culture, product or service and country in question; but ignoring the existence of unique local demands can be a costly and embarrassing error.

The World Beyond the Pandemic: Future Priorities and Preferences

The COVID-19 pandemic has reshaped the consumer landscape - accelerating changes that were afoot prior to the pandemic while also causing disruptions. With…

The pandemic has had an unprecedented impact on ultra-high net worth, high net worth, and affluent populations; their wealth, as well as their spending habits…