How will retail be affected in the short-term?

Euromonitor does not expect major shifts in the retail environment over the next six months. Andrés Manuel López Obrador’s (AMLO) victory has been widely expected for months. Indicators like exchange rates and stock prices may see some fluctuation early this week, but since an AMLO presidency has been so widely expected that it should be priced into most indicators, no immediate major shocks are expected.  Euromonitor projects that inflation will remain stable, unemployment will see a modest increase, and GDP will continue to grow at a pace between 1.5 and 2.5%. 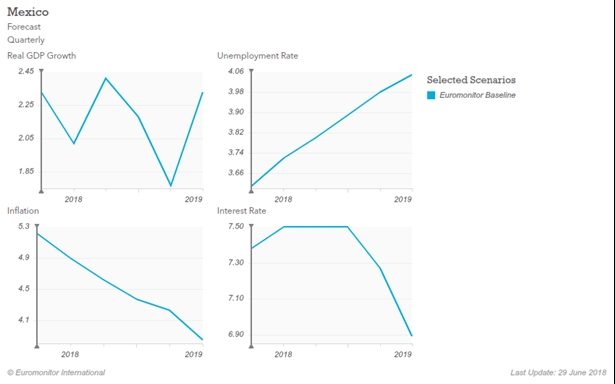 Mexico inaugurates new presidents five months following its presidential elections. AMLO made a lot of campaign promises to a lot of people. Once AMLO takes office, his policy agenda and priorities will have to become clearer. Until then, consumers and businesses can continue to project their hopes and concerns on his presidency.  Most retailers will hold off on major investments, particularly domestic ones. International expansion efforts, like Chedraui’s acquisition of Fiesta Mart in the US, Steren’s Central America franchise growth, and Femsa Comercio’s incursions into Chile and Colombia over the past few years will likely look increasingly shrewd as international presence functions as a hedge on domestic uncertainty. 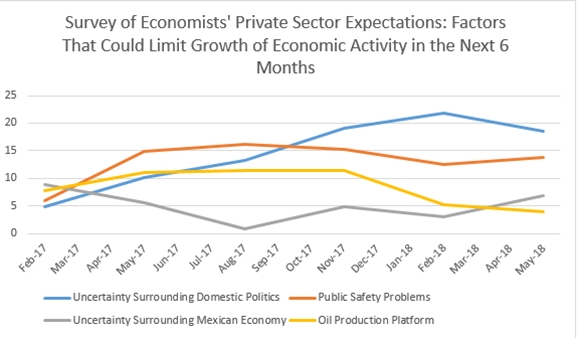 Consumers, in contrast to businesses, in general, feel more confident about an AMLO presidency.  Indicators of consumer confidence and future spending plans have not varied significantly over the last 18 months as an AMLO victory seemed increasingly likely. Factors that would damage consumer confidence – such as a weakening exchange rate and increasing inflation – are unlikely to be major factors in the short term, due to the fact that an AMLO victory is likely priced into current rates. Except for in April, the leading retail association in Mexico ANTAD has reported strong same-store sales growth each month of 2018 relative to 2017. This spending will likely continue through the end of 2018 on the basis of stable consumer confidence, barring a major shift such as a devaluation of the peso or sudden end to NAFTA negotiations. 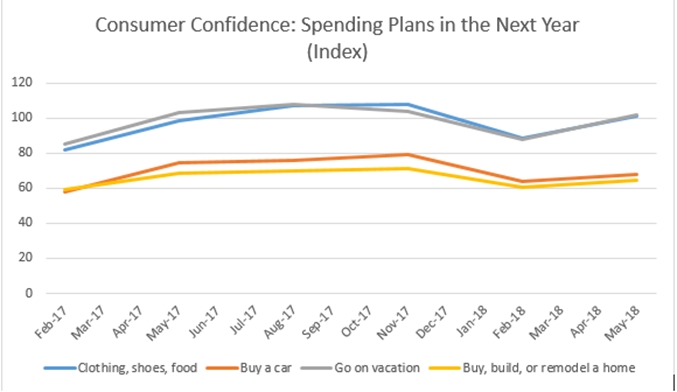 How will retail be affected in the long-term?

The intermediate and long-term impacts from AMLO’s victory depend on a number of factors, including the extent to which he is able to maintain cohesion within his party, to which campaign promises AMLO remains true and to what extent AMLO announces a clear policy agenda. This last item will be key for mitigating what Mexican economists consider the biggest threat to economic activity, which is uncertainty about domestic politics. Storylines to watch include to what extent AMLO’s administration works to change or cancel energy reforms, NAFTA negotiations and other decisions that could make Mexico less attractive for business investment including labor and agriculture reforms. 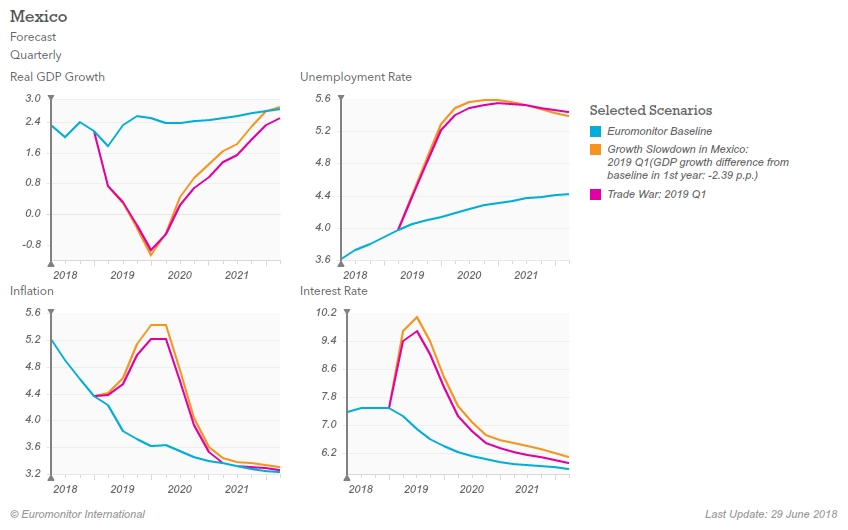 While retailers and businesses in Mexico largely view an AMLO victory as negative, it is worth noting that corruption and security are two major drags on business growth in Mexico, including for retailers and consumer products companies. Much of AMLO’s campaign rhetoric centered on promises to reduce corruption and reduce violence. These are complicated issues that will be difficult to alleviate but should AMLO implement policies that successfully reduce corruption and violence, the retail sector would benefit.

Which retailers have the most to lose?

In the intermediate term, retailers with significant imports or debt in US dollars and those that have invested in petrol retail under the energy reforms face some of the greatest risk. Retailers that depend heavily on foreign imports or have significant foreign currency debt – especially those with primarily or exclusively domestic operations – are vulnerable in the event the peso devaluates during AMLO’s presidency. Examples of retailers that depend heavily on imports or foreign debt include Palacio de Hierro (26% of merchandise in 2017 was paid for in foreign currency) and Liverpool (20%).

One component of the energy reforms Mexico passed in recent years is a liberalization in ownership of gas stations. Under this policy, businesses other than Pemex are permitted to operate gas stations, and several retailers that operate forecourt retail formats have invested in Pemex franchises. Oxxo, Shell, Costco, Walmart, BP, and G500 are among the companies that have announced or opened gas stations since the policy changed.  While AMLO’s initiatives around the energy reforms are more likely to adjust rather than cancel liberalization of the energy sector, there is uncertainty for retailers that have invested already in this channel.

Which product categories will be most affected?

An AMLO victory does not guarantee an adverse economic trajectory. In the event, however, that the business climate suffers and the economy experiences a downturn, the most affected categories would likely be imported, discretionary products including apparel, footwear, homewares, premium alcohol, and discretionary services including international travel, where consumers are again exposed to stronger impacts in the event of a currency devaluation. Replacement cycles for electronic devices and appliances would likely increase somewhat as consumers seek to postpone high-value purchases.  Retailers that are positioned as offering good prices, have favorable financing options, and position themselves as adding convenience and supporting consumers’ lifestyles would be the best poised to weather any hypothetical downturn.