Apple Inc (Apple) lost a trademark suit against a Chinese company in China. The Beijing Municipal High People's Court ruled that Xintong Tiandi Technology is allowed to sell handbags and other leather goods with the brand name iphone in China. 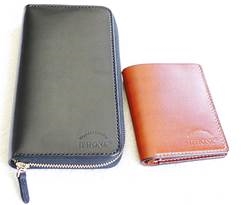 The court ruling follows Apple’s dismal quarterly earnings, with a 13% decline in revenue globally compared to the same quarter just a year ago. The court ruling is a political victory to the communist ruling party but there is no foreseeable impact on iPhone sales. The discerning and brand conscious Chinese consumers will not pay US$600 for an iPhone branded handbag by Xintong Tiandi. In fact, the leading handbags  brands in China were Louis Vuitton and Chanel, cornering a massive 13% value share in 2014. The most popular domestic handbag brand is Powerland, ranked lower than Gucci and Prada.

While Apple’s revenue is widely expected to take a hit in 2016, there is still an insatiable appetite for iPhones in emerging markets like China. China is a critical market for Apple and sales of iPhone is projected to hit 37 million units in 2016. A lot is riding on the successor model of the iPhone 6S to spearhead Apple’s assault on the high-end smartphone market in 2016 and the court ruling will not affect Apple’s sales.