Following the terrorist attacks in Spain, targeting La Ramblas in Barcelona, on 17 August 2017, where 13 people were murdered and 50 more were injured, it is likely that there will be a short-term impact on inbound tourism demand with forecast demand potential reduced by 0.3%.

Based on Euromonitor International’s Travel Forecast Model, it is likely that the impact could lead to the loss of 200,000 tourists, which would lead to growth in arrivals of 2.8% instead of the forecast 3.1% for 2017. This would lead to 77.6 million visitors, rather than the baseline forecast of 77.8 million. The countries that will benefit from any potential displaced demand, shifting away from Spain to choose alternative destinations, will mainly be France and Italy.

The UK is Spain’s largest source market for tourism, and it is expected that potentially 46,000 less British travellers would go to Spain as a result of the terror attacks, compared to 30,000 less French and Germans both. Despite the attacks, UK arrivals to Spain are still forecast to grow by 1.3% from 17.8 million to 18.0 million in 2017 due to Spain’s strong value for money proposition.

Spain is the world’s second largest tourist destination after France, and Barcelona is the jewel in Spain’s crown, expected to welcome 7.6 million international tourists in 2017. The popularity of Spain and Barcelona will continue despite the tragic events on Las Ramblas, with continued tourism growth expected thanks to the country’s popularity, diverse product offer offering sun and beach, city, health and wellness, and adventure, and strong value for money.

Recent international media coverage has spotlighted Barcelona’s over-tourism issues, where the city is struggling from over-capacity and this is an important discussion that will continue to be talked about as Europe looks to develop sustainable tourism development, that benefits residents and tourists alike.

Scenario Impact of Moderate Terrorism Attack on the Top Five Markets to Spain, including the UK 2017 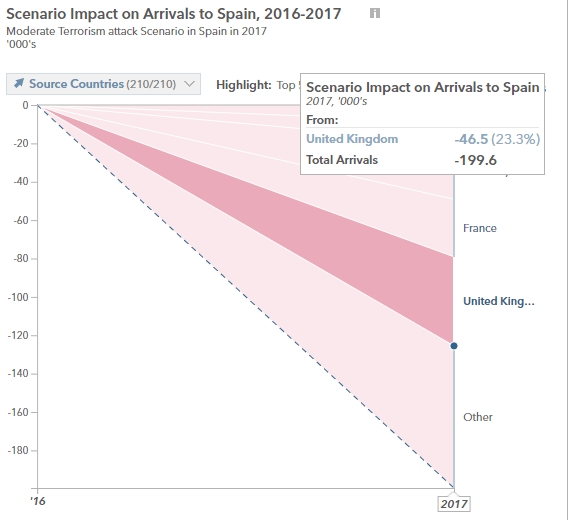 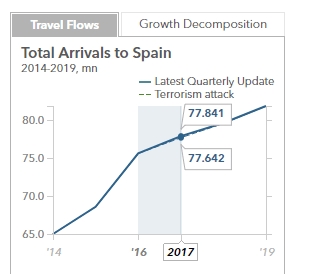 Arrivals by Country to Spain after a Terrorism Attack Scenario 2017 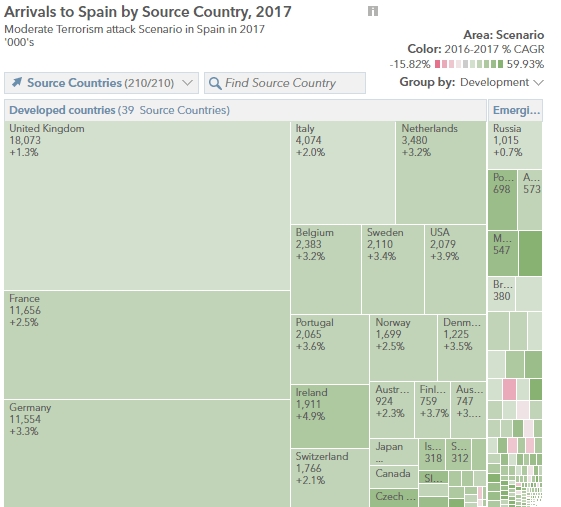 A Glimpse into the Sports Metaverse

Technology companies have often utilised the captive audiences of sports as a sandbox, illustration and advertisement from which to promote emerging…

The Travel Quarterly Statement for Q1 2022 reflects the fact that cautious optimism for recovery has been tempered by war in Ukraine, leading to a humanitarian…