Q3 2016 has continued to be dominated by the UK’s decision to leave the EU and once again this is reflected in the most popular articles on Passport Economies. Our economic forecasts for 2016-2017 have been revised slightly downwards due to increased uncertainty and other challenges such as the problems in the European banking sector and the on-going refugee crisis. Away from the global economy, there has been immense interest in our analysis on autonomous cars.

Here are some of the quarter’s most read content on Passport Economies:

The global economy was already not in the best shape, and recent political events in developed economies have caused additional risks. The Brexit vote has worsened the outlook for the UK and the EU in the time of major structural problems of European banks, already high geopolitical tensions, increased terrorism threats and the on-going refugee crisis. The negative impact of the Brexit vote and slow growth in the US have led us to revise the global growth projection slightly downwards for 2016–2017. 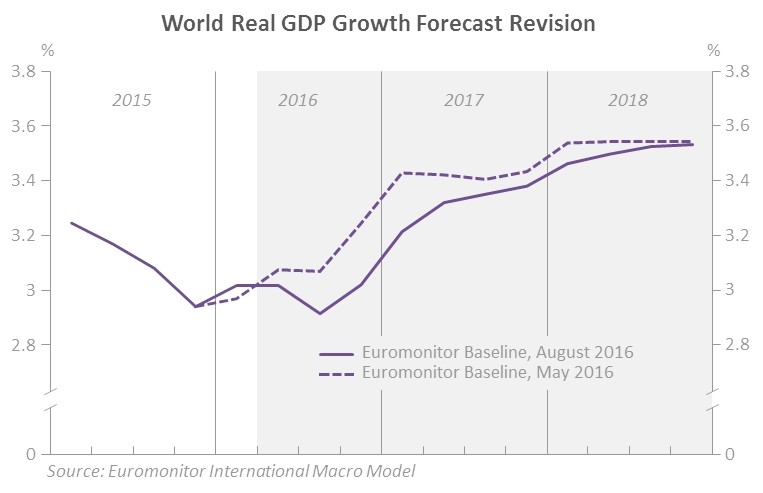 Brexit: Scenarios for the UK

The UK economic outlook has radically shifted after the victory of the Leave campaign in the June 24th referendum. At the beginning of July we revised our main UK macro forecasts. Our baseline scenario is for the UK to declare article 50 and negotiate a trade deal with the EU which is somewhere between Norway’s EEA style arrangement and the more restrictive bilateral agreements between the EU and Switzerland. Together with the uncertainty shock that has already been triggered, this leads an initial post-referendum GDP forecast of 1.5% in 2016 (revised down from 1.9% in the May forecast) and 1% in 2017 (revised down from 2.1% in the May forecast). 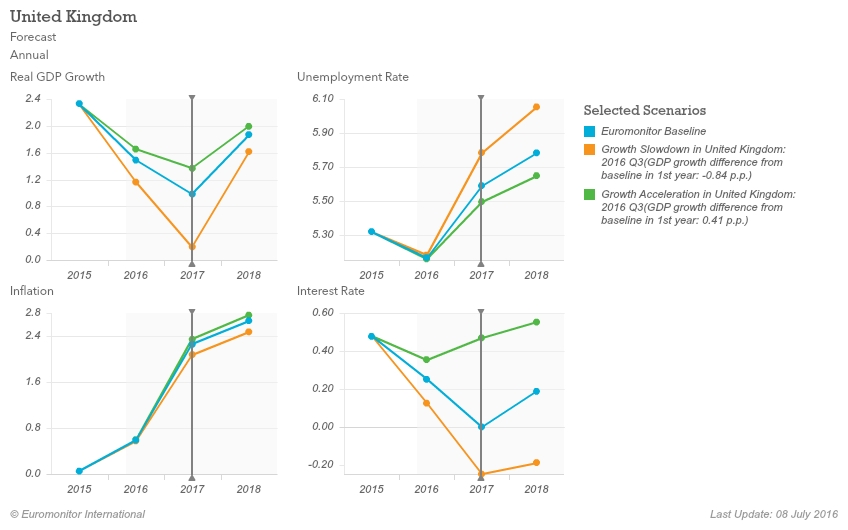 The first fully autonomous cars are expected to arrive by 2025-2030, although car manufacturers see driverless technologies as essential to their future and are already investing in new systems. However, despite the manufacturers’ enthusiasm, autonomous vehicles could erode private demand for new cars, in turn forcing car producers to look for alternative revenue streams, such as car-sharing services. Investments in software and new technologies are likely to result in soaring spending on electronics in the future automotive supply chain, while the success of autonomous cars could tempt tech giants such as Apple or Google to introduce their own vehicles.

As the uncertainty surrounding a Brexit from the European Union (EU) rumbles on, the Economies team examine the potential implications of Brexit from the Business Dynamics, Cities, Economy and Industrial angles. Insights include a sharp recession on the horizon in the event of a disorderly Brexit, architectural services to be hit hard, the future of the UK’s dominance in attracting foreign students to be at risk, while Frankfurt and Paris could emerge as major rivals to London for financial services in Europe. Discover more about the impact of the Brexit vote on the UK and global economies in Q3 2016, in our Global Economic Forecasts: Q3 2016 Strategy Briefing. 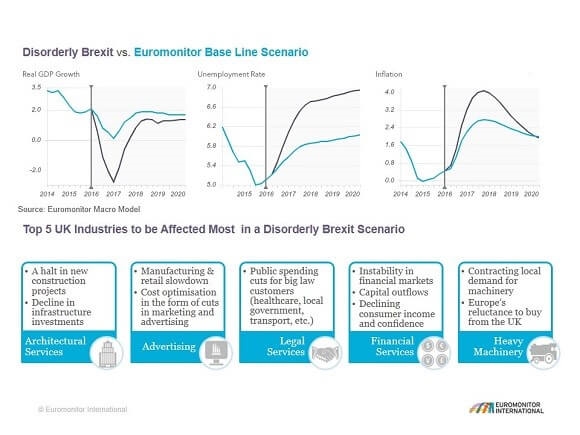 Euromonitor International has introduced a new macroeconomic scenario, mapping out likely outcomes should Donald Trump become US president. The scenario suggests US GDP would nearly stagnate in 2017. Growth over 5 years would be 4.7% less in total than currently forecasted. We assign a 10-20% probability to this scenario. 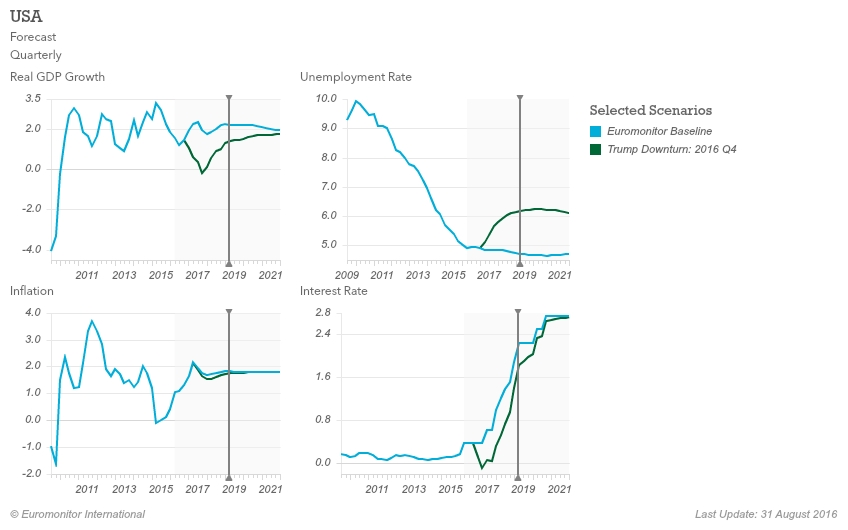