Frisian Flag Indonesia PT is the largest dairy player in Indonesia, with a 29% retail value share. For years the company has been successful at maintaining its number one position, thanks to strong footprints in the two largest dairy categories in Indonesia: drinking milk products and other dairy (specifically, condensed milk). The company also benefits from a long-standing reputation (its parent company Royal FrieslandCampina NV started selling milk in Indonesia in 1922), which helps it gain the trust of local consumers.

The ups and downs of Frisian Flag 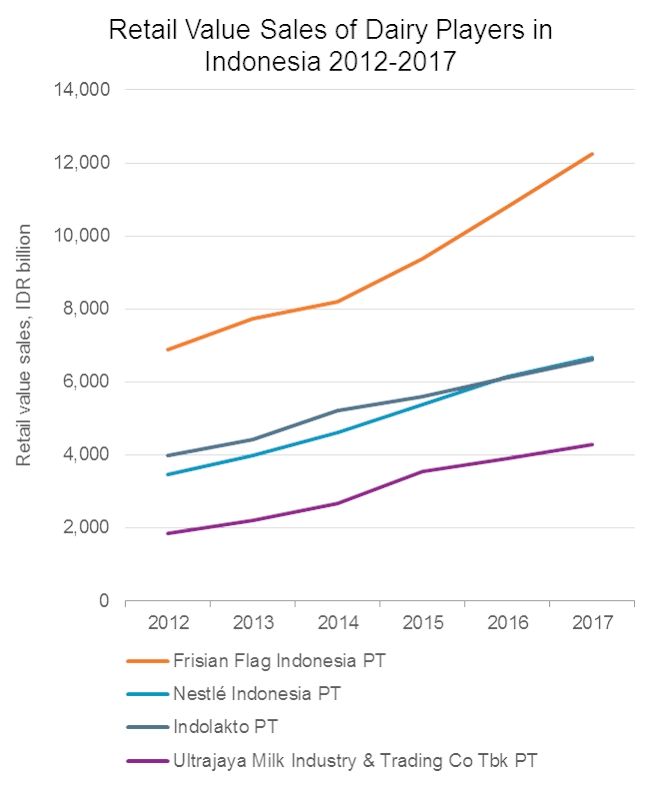 Over 2015-2016, Frisian Flag quickly turned its weakness into strength. The company leveraged on its leadership position, and pioneered a series of innovations in the otherwise mature condensed milk category. Frisian Flag made breakthroughs in terms of closure and pack size, revitalising condensed milk in the process.

Not only in condensed milk, the company also launched a new flavour in flavoured milk drinks in 2016 in an attempt to reduce its dependence on condensed milk. Thanks to these innovations, over 2014-2017, Frisian Flag managed to grow its retail value sales by 50%, widening the gap with between itself and its closest competitors.

In mid-2017 Frisian Flag revived Mut-Mut, a condensed milk product packaged in 14g flexible aluminium/plastic, and positioned as a healthy snack for children. While Mut-Mut was initially launched in 2012, Frisian Flag has not yet marketed the product heavily, as it chose to focus on growing its drinking milk product offerings.

Sold at a retail price of IDR375 (= USD0.03) per pack, Mut-Mut is affordable enough for school children with limited pocket money. Understanding that parents have a say in their children’s snack choices, Frisian Flag also attempts to appeal to parents by highlighting the benefits of Mut-Mut’s high level of calcium and vitamin content. 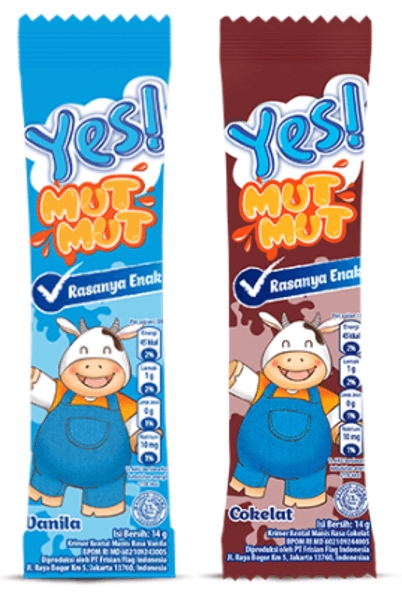 However, Mut-Mut’s success in the market remains to be seen. On one hand Mut-Mut’s small pack size fits the global Healthy Living trend towards portion control, and could help the product find an audience, as small portions translate into relatively low actual sugar intake. On the other, it is already common knowledge that condensed milk is laden with sugar – a pack of Mut-Mut, for example, contains 8g of sugar. As such, despite its high nutritional content and small portion size, there is the possibility that Mut-Mut will not resonate well among more educated parents, who may want a more balanced diet for their children.

The Hotel and Hospitality Show

The disposable hygiene industry is expected to see continued growth after a transitory slowdown in 2021, supported by improved health awareness, product…