The anticipated flood of Chinese cars on European shores has simply not materialised. Even in the UK, where SAIC (Shanghai Automotive Industry Corporation) produces cars bearing the infamous MG badge, the brand captures less than 0.1% of the UK passenger car market and no other Chinese contenders appear in data released by the national trade association, the SMMT. It is rather intriguing that Chinese OEMs have not followed the strategy of Japanese and Korean brands, which entered Europe successfully by offering cars that undercut competitors on price and/or featured higher specifications as standard equipment. As for why this is the case, there are several reasons.

First, the car market in Europe has of course declined for five of the last six years and undoubtedly as a result of this, Chinese manufacturers have focused on gaining ground in buoyant emerging markets across the Latin American, African and Asian continents. Second, aside from strong Japanese and Korean competition to Chinese brands looking to Europe, European OEMs themselves offer vehicles which appeal to budget-conscious consumers through brands such as Dacia and Skoda but also with specific offerings such as Citroen’s new C4 Cactus. Third, European consumers invariably question the quality of Chinese cars, especially following the poor performance in crash tests of vehicles such as the Jiangling Landwind. Chinese OEMs may therefore be reluctant to push into Europe’s competitive car market until vehicle quality is on a par with established players. Finally, car sales have been booming in China in recent years and meeting this demand has surely delayed major international expansion plans.

However, with demand cooling at home (light vehicle sales have experienced double-digit growth in ten of the last thirteen years but are only expected to climb about 5% in 2014), and domestic manufacturers losing share too, Chinese players must inevitably be looking to accelerate exports. As far as the quality of vehicles is concerned, this has improved significantly in recent years and according to numerous press reports, Chinese OEMs are actively seeking to improve vehicle design by recruiting international talent. The signs are certainly there then for a renewed push by Chinese players into Europe but another angle is the growing campaign in China to promote electric vehicles. With the increasing economies of scale that this will bring, Chinese electric vehicles could ultimately be priced more competitively against traditionally-fuelled cars in Europe. There are of course other factors as to why EVs still only command a small share of the car market, such as range anxiety and charging infrastructure, but the significantly higher initial purchase price remains a major hurdle and more affordable offerings would invariably help to convert more consumers to electric driving. Incidentally, the image of Chinese EVs in particular has just been boosted by the European Commission’s decision to award its tender for a fleet of electric-powered taxis to BYD for the supply of 50 e6 models – even in favour of a bid from the Renault-Nissan Alliance. 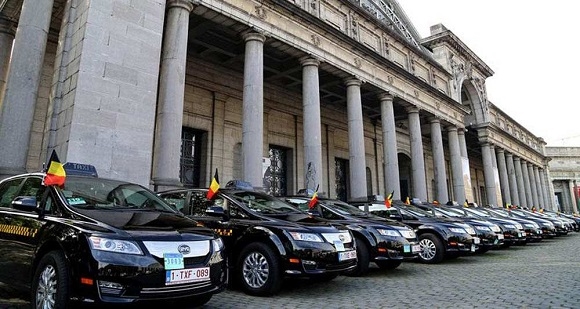