The Indian economy has always been heavily dependent on cash transactions. As of 2015, card and electronic transactions only accounted for a meagre 2% of overall consumer payments transactions in the country. The demonetisation of INR500 and INR1,000 notes by the Indian Government on 8 November 2016 created a major shortage of cash in the economy. There is a lot of uncertainty about the direct impact of the demonetisation on the fmcg industry. However, from the consumer’s point of view, demonetisation will act as a catalyst for growth of card/online payments as well as digital/e-wallets and reduce the dependence on cash transactions.

Euromonitor International’s Industry Forecast Model allows companies to use income elasticity as a proxy to understand the probable impacts of the short-term cash crunch on various industries.

The one-year driver elasticity for GDP per capita for key industries in India is given below. Industries with low income elasticity, such as hot drinks, home care and packaged food, are less likely to be impacted adversely due to the short-term cash crunch. Many of the large categories within these industries are considered staples. This implies that, irrespective of the change in the income of the consumer, the relative change to the growth in the industry will be less than when compared to industries such as beauty and personal care, alcoholic drinks and soft drinks, which require more discretionary spending. 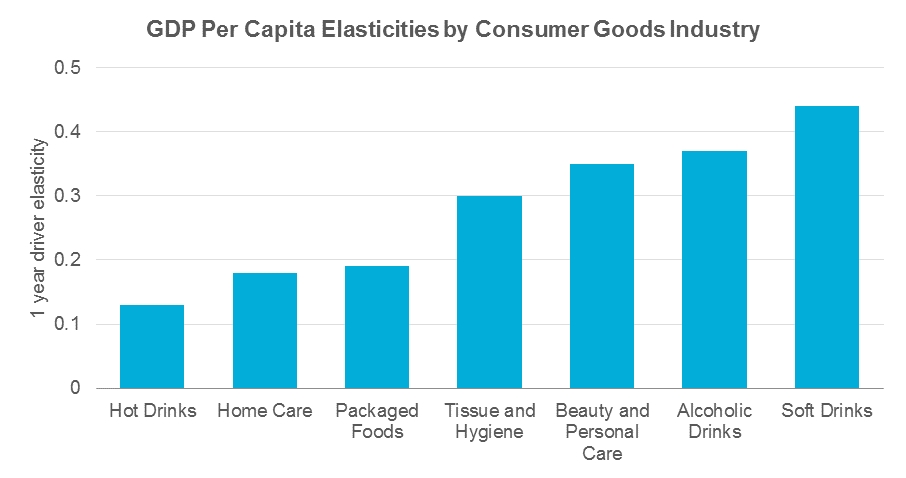 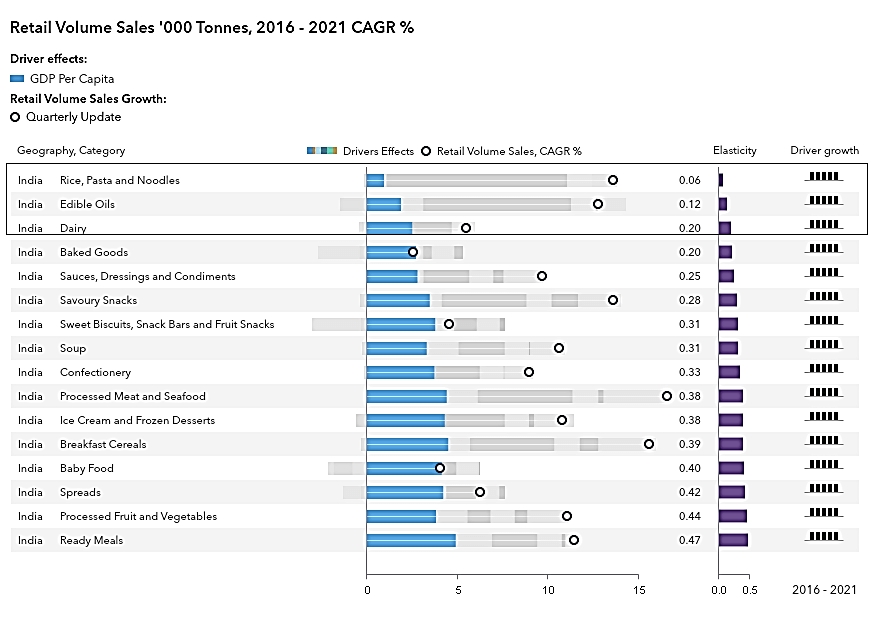 Essentials with lower income elasticity such as rice, edible oils and dairy products will be impacted less when compared with products such as ready meals and processed fruits and vegetables. The impact felt will also depend on the frequency of purchase of packaged food through various retail channels.

Traditional grocery retailers still account for more than 90% of packaged food value sales in India. Since a big part of these retailers are not well equipped with card payment machines, it is likely that sales during this period will have gone to modern/internet retailers, which offer consumers the convenience of paying by card.

In conclusion, demonetisation has created a short-term cash crunch in the economy and is likely to impact sales of categories that are not staples in the short term. It will also lead to growth in packaged food sales through modern/internet retailers. At the same time, traditional retailers that have felt the impact of the cash crunch have started using QR codes to allow consumers to make small payments. In addition, penetration of digital/e-wallets is expected to increase on the back of supporting government reforms.