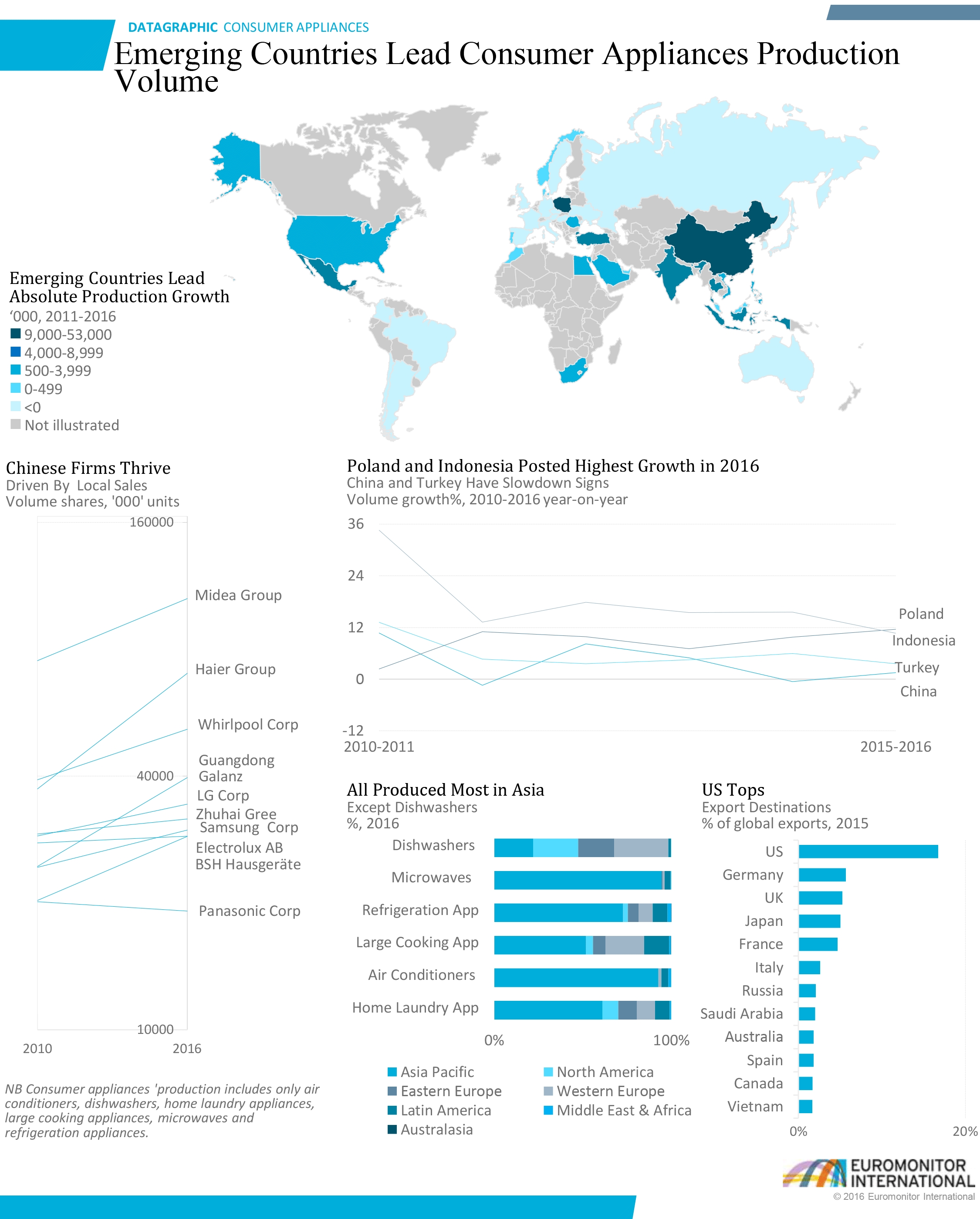 Emerging markets led by China, Poland, Turkey and Indonesia posted highest absolute volume growth in production of consumer appliances, over 2011-2016. Among these, Poland and Indonesia show the highest year-on-year growth in 2016, driven by strong demands in local markets as well as higher growth in export volume. Despite slower growth in China, the country still remains as the leader in global producer of consumer appliances, driven by Midea Group and Haier Group respectively.