While scanning for new investment and growth opportunities, the most common approach is to first look at country-level indicators to select the most attractive markets. However, this approach can lead to missing out on urban markets that are often of significant magnitude and where markets are just as developed as in most developed countries. The new strategy briefing “Cities of the Future: Emerging Market Champions” identifies 17 emerging cities that stand out as front-runners in consumer affluence, discretionary spending, e-commerce opportunities and the importance of services with high added value in 2015.

Dubai in particular catches the eye among the 17 selected cities as an urban market that is comparable to or even ahead of developed markets’ average performance in most of the above-mentioned indicators. Indeed, Dubai is the only city in the group of 17 to record a higher income per capita than the developed countries’ average in 2015 (+20%), with this gap due to rise to 50% in real terms by 2030. Here is why: 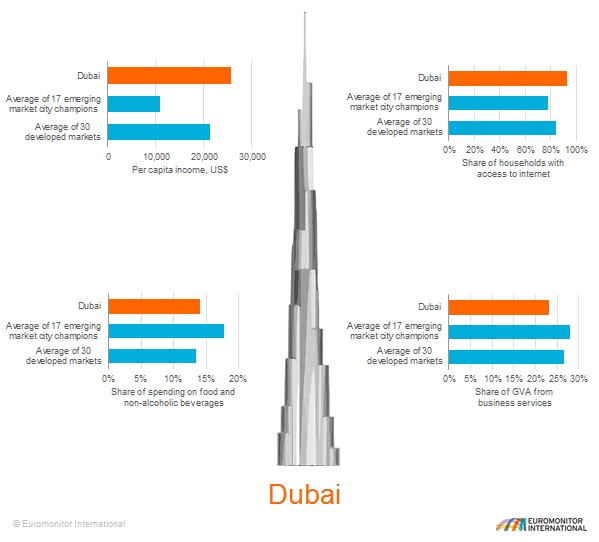 We invite you to check out the other emerging market champions reviewed in this strategy briefing.