A new consumerism is the driving force behind a new trend, as today’s consumers are redefining their values and priorities while they increasingly focus on getting the most out of life. Time is now a crucial commodity in the new world order that is something more and more people are willing to buy. The new “experiencing is everything” phenomenon is impacting across sectors, and in retailing it is the shopping experience that counts. An increasing number of licensors, licensees and retailers are addressing this trend by placing more emphasis on the consumer experience as a vehicle for boosting sales and margins.

What Do Consumers Rank As Most Important? 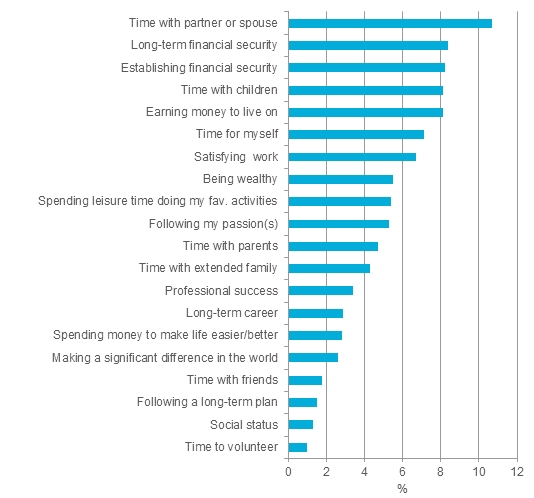 Time has become a luxury in today’s connected world. “Time with partner or spouse”, “time with children” and “time for myself” all rank high in personal happiness in Euromonitor’s Global Consumer Trends Survey 2016. Time spent with one’s partner or spouse is by far the most important factor in personal happiness while “time with children” consistently ranked as almost as important as “financial security” by respondents.

Retailers are tackling this trend head on by creating more intimate experiences with consumers, providing a seamless shopping environment whether online or in-store and personalising their offering. In today’s fast changing retailing environment retailers do not want to be perceived as just stacks of shelves. As for licensors, experiential retail keep fans engaged with their franchises.

It could be argued that the shopping experience is somewhat less of a concern for consumers when doing grocery shopping. At the end of the day, necessity is the main driver of sales in grocery. However, when it comes to discretionary spending, which also includes including licensed merchandise, priorities shift and consumers increasingly expect “experience” when visiting a store. They demand much more from a retailer. In order to address this, many retailers are rebranding the whole experience as “fun”, making sure that their customers have a good time while shopping.

Disney, the world’s largest licensor, is seen as the pioneer when it comes to in-store experience. “Story-telling ” and “ we are experience ” are embodied well in its retail strategy. This enables Disney to create - and more importantly maintain - a buzz around its properties throughout the year in an environment where a number of licensors experience that excitement only when there is a related movie launch.

Nickelodeon, one of the world’s biggest licensors, and owner of the SpongeBob SquarePants, Paw Patrol, Teenage Mutant Ninja Turtles, Dora the Explorer franchises, has opened new, single brandstores in recent years as part of its global expansion strategy. The latest addition to the chain is its outlet in Dubai Mall, which opened in August 2016. According to Global Licence! Top 150 Global Licensors 2016 study, Nickelodeon is the world’s ninth largest licensor, with US$5.5 billion in total retail sales of licensed merchandise in 2015.

In November 2016, in time for the release of Warner Bros. Pictures’ highly anticipated Fantastic Beasts and Where to Find Them movie, as well as the crucial Christmas shopping season, a new Harry Potter store opened at the Europe’s busiest airport, London Heathrow. With this retail concept, the franchise is leveraging three important elements simultaneously which has proven to be very successful: Experience, story and fun. The new store came in addition to the world-famous franchise’s single brand store at King’s Cross Station, London which opened back in 2012. According to Global Licence! Top 150 Global Licensors 2016 report, Warner Bros., is the world’s fifth largest licensor with total retail sales of licensed merchandise reaching US$6 billion in 2015. In addition to Harry Potter, the company also owns world famous Batman, Superman, Wonder Woman, Tom and Jerry, Scooby-Doo and Looney Tunes franchises.

In line with the new consumerism and the retailtainment trends, licensing businesses are getting more creative in their efforts to bring shoppers into stores, and one method of doing so is to provide entertainment to the in-store shopping experience encouraging them to spend longer time in store. In September 2016, luxury sports car manufacturer Aston Martin opened its first brand experience boutique in London’s upmarket Mayfair district. What makes this store different from its other outlets, which sell a variety of licensed merchandise from apparel and accessories to homeware and toys, is that Aston Martin utilises its new brand experience boutique as a platform to engage with its customers further. The new store hosts exclusive events such as design master classes, art exhibitions and dinner series in an effort to build its franchise into a lifestyle brand.

Driven largely by the “experience” trend, the single brand format has become more popular in licensing in recent years. There are many advantages to this format, including helping to build brand awareness as well as maintaining direct contact with their customers. While the primary focus of such stores has typically been promoting the brand and the necessary interactivity to create a “wow” feeling, there is a trend that these stores are becoming increasingly retail-focused with many new openings.