Despite the overwhelming price tag of US$19.0 billion, the agreed acquisition of mobile messaging service WhatsApp – confirmed this week by social media giant Facebook – is a logical step in the right direction. The move has already been criticised for being too expensive, too forceful and too desperate, with many seeing it as a panicky reaction by the world’s dominant social network to its rapidly stagnating brand. However, the WhatsApp purchase is essentially the ticket price for entry into a surging mobile market via a platform that has global, cross-cultural appeal and which has registered rapid uptake in developed economies as well as among emerging market consumers. With mobile telephony the most highly penetrated digital segment globally, Facebook has guaranteed itself a presence among mobile consumers. 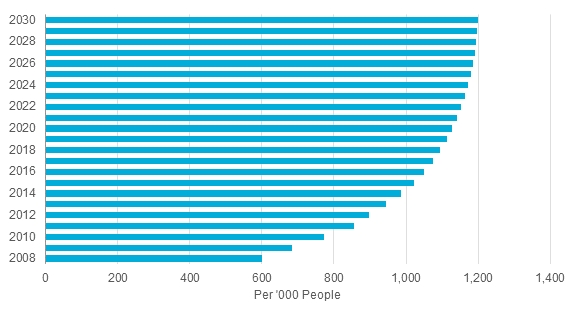 The US$19.0 billion price tag makes WhatsApp the most valuable venture-capital-backed company in history, some way above the likes of YouTube and Instagram, and priced higher than multinationals such as Sony and American Airlines. However, there is business reasoning that justifies the purchase:

The Potential Challenge: WhatsApp is a Leader in an Already Crowded Marketplace

Despite the numerous positives behind the major deal, there remain considerable obstacles in driving growth in the WhatsApp user base:

Nonetheless, despite the challenges, another avenue for connecting users offers a new and exciting opportunity for a pioneer such as Facebook to work its magic in the mobile market. When Facebook broke through, the PC was king, now the social network is placing a bet on a mobile, small-screen future.