Ready-to-drink (RTD) Coffee is a USD 20.5 billion market at retail and one of the best-performing segments of soft drinks globally. Japan has historically been the core of the category and still accounts for over half of all global sales, but the growth is increasingly shifting elsewhere and the future of the category lies in new markets all around the world. A new report from Euromonitor International looks at the current and future state of global RTD Coffee as it enters new markets and offers new methods of indulgence and functionality to consumers across the globe. It considers the rise of craft-style beverages, cold brews, energy drink hybrids and more as it examines how the category has developed across the world. 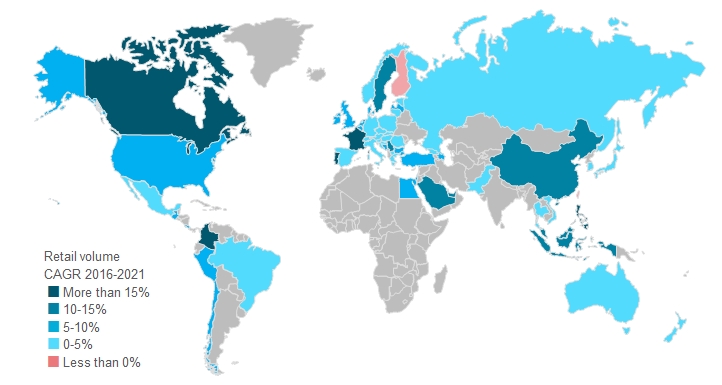 This global analysis offers a comprehensive view on the following topics: