Euromonitor International is pleased to provide our blog readers with the executive summary of our new economic outlook Global Economic Forecasts: Q4 2016.

The victory of Donald Trump in the US presidential elections is another political shock to the economies of the developed world. After initial downward movements, global stock markets rebounded and even increased in the first week after Trump’s election. 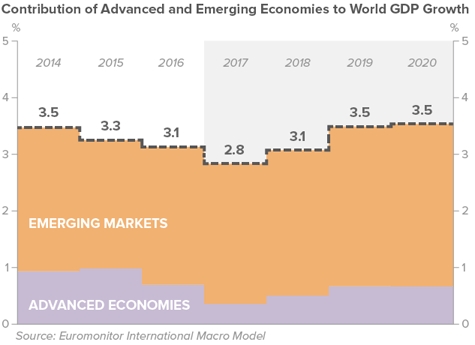 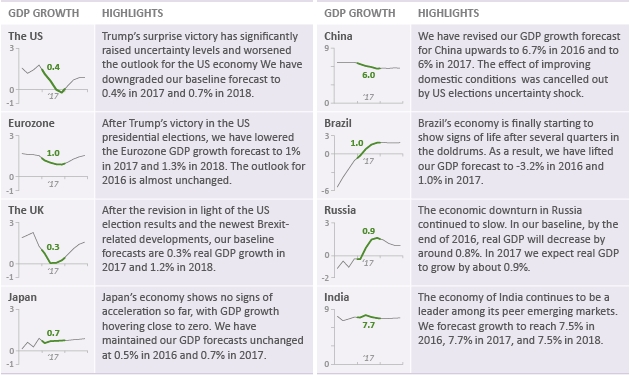