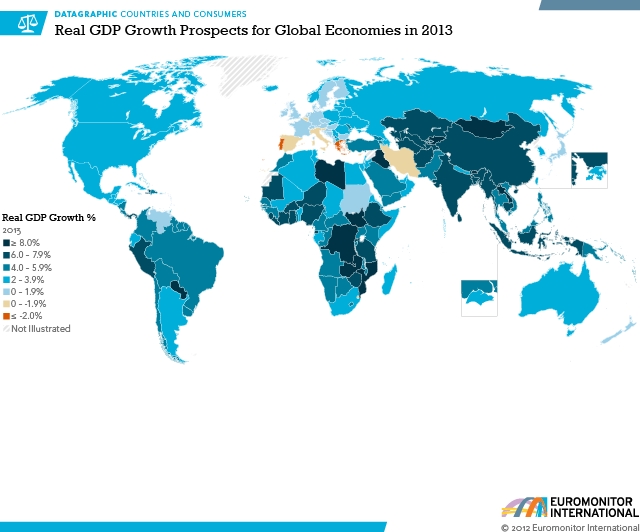 Real GDP growth in the world economy is set to remain poor in 2013, but Euromonitor International expects an improvement on 2012. Asia Pacific and the Middle East and Africa stand out as the two regions expected to see the strongest performance as incomes in these regions rise. The eurozone crisis provides the largest risk to global growth in 2013, with the Mediterranean economies expected to contract in 2013, though these downturns will be milder than 2012.