South Africa’s Internet retailing continues to generate strong positive growth, recording a strong double-digit current value CAGR in the process. Sales in internet retailing increased by 23% in 2016 to reach ZAR8.1 billion and the growth recorded in the channel in 2016 was slightly higher than what was seen during the preceding year.

The increasing numbers of internet users in the country due to the consistent improvements being made to internet infrastructure and the falling cost of internet subscriptions are some of the key factors driving the strong and rapid growth of internet retailing in South Africa. In addition, this trend is also being complemented by expansion in the use of convenient consumer electronic devices such as tablets and smartphones. 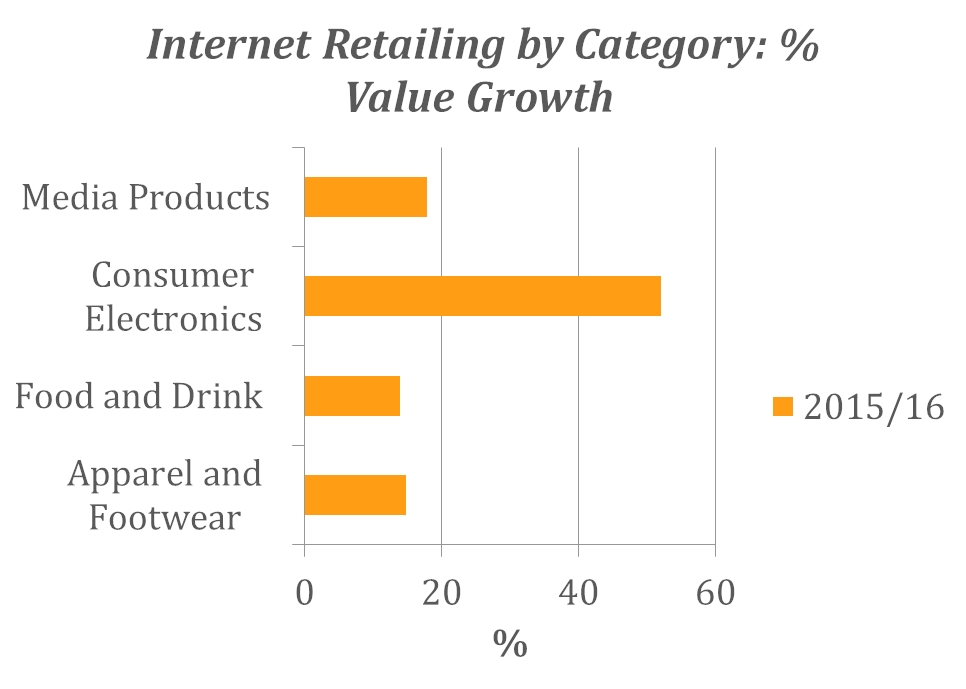 The emergence of flexible payment methods also boosted internet retailing value sales. Consumers have seen online payment methods became simpler, encouraging them to shop online. In addition to the use of credit cards as the most widely accepted online payment method, consumers are now able to make online payments using options such as Electronic  Funds Transfer (EFT), debit cards, Bitcoin, loyalty points and digital payment apps such as MasterPass, Zapper and Snapscan. The high penetration of mobile internet access in South Africa continues to boost m-commerce sales. As a result, many industry players are investing heavily in mobile-friendly websites to capitalise on this trend. 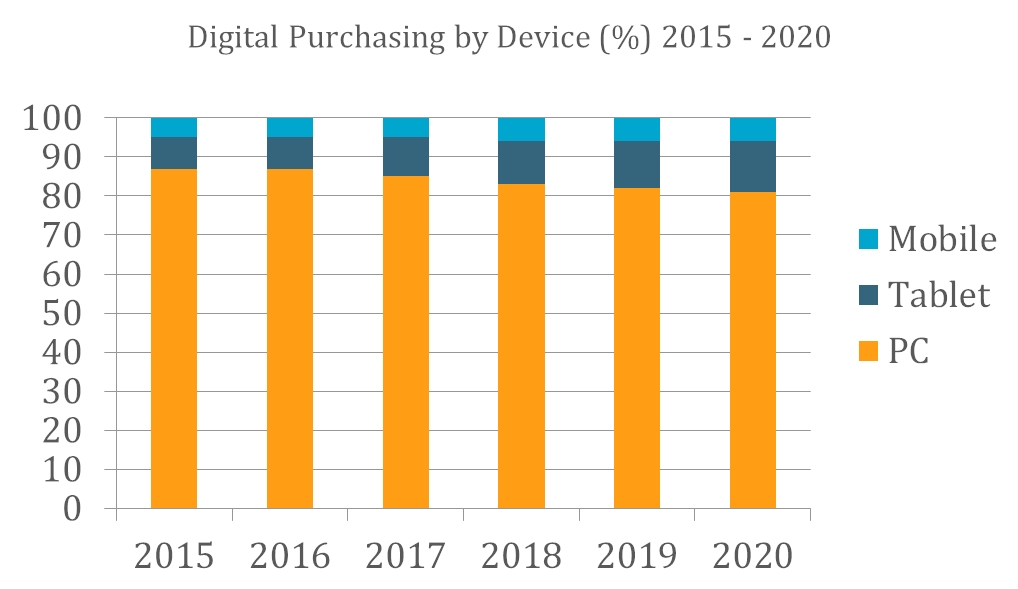 Predictions show, store-based retailers from across various channels are expected to continue investing in online platforms in an attempt to supplement store-based sales and widen consumer reach.

The availability of simpler payment methods is expected to boost demand for online shopping over the forecast period by enabling consumers to make transactions more easily online. In addition, the continuing development and launch of online mobile proximity payment systems such as Snapscan, FlickPay, Zapper and GustPay is also expected to drive growth within internet retailing in South Africa.

As a result, online players in the channel are expected to invest more in mobile-friendly platforms, mainly in an attempt to capture sales in a country where the majority of people access the internet from their mobile phones. Therefore, growth in m-commerce during the forecast period is expected to be driven by the rising penetration of smartphones and tablets.

Commerce 2040: The Future of the Retail Store in a Digital World

Euromonitor International’s Commerce 2040 series outlines a vision for how consumers might shop in two decades. This report focuses on how the competing forces…

Commerce 2040: The Reinvention of Retail for a Digital World