According to the World Health Organization (WHO), 17.5 million people die each year from cardiovascular disease (CVD), which accounts for 31% of all deaths worldwide. This makes CVD the world’s number one killer.

Unhealthy behaviours like use of tobacco, inadequate physical activity and eating foods containing too much salt or saturated fats increase the risk of developing CVD. This is a concern that governments at national and international level have tried to address through initiatives aimed at raising consumer awareness. For instance, in 2016, the WHO developed the new “Global Hearts Initiative”, which includes tobacco taxation, salt reduction in foods, detection and treatment of people at high risk and strengthening of primary healthcare level services.

In addition to salt reduction, many manufacturers have focused on using ingredients with a hearthealth benefit to fortify foods and beverages, like omegas or plant sterols, as well as foods naturally rich in heart health ingredients, such as flavanols and/or tocopherols.

Not the best times for cardiovascular health food and beverages

Overall, heart health-positioned foods and beverages were valued at USD8 billion in 2016 at global level, but the last five years have proved to be disappointing, with these products suffering an 11% decline globally during the review period. The negative performance of the most mature markets like Western Europe and North America are the main ones responsible. In these geographies, there has been a shift to other prime positionings, like energy boosting and food intolerance, that have now taken the lead. 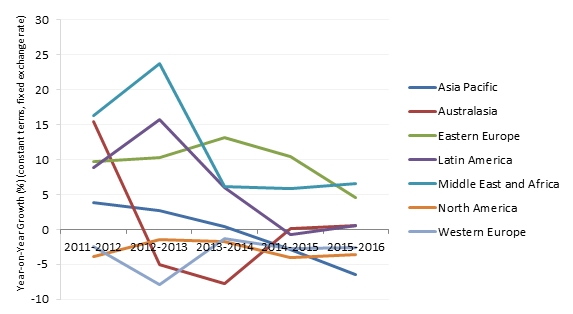 Despite the decline, there are still opportunities for cardiovascular health-positioned products, since it is widely recognised that a healthy diet is essential to keep under control some of the most important risk factors involved in the development of CVD, such as high cholesterol levels and high blood pressure, as well as overweight and obesity.

Focus on salt reduction by stealth

Therefore, pressed by governments and NGO initiatives, manufacturers have developed innovative salt reduction reformulation solutions like salt crystal reformulations. However, the challenge for companies is to ensure that salt reduction does not affect flavour or texture, as consumers would shift to alternative products if they perceived a change. Also, consumers often do not see the immediate benefits of salt reduction on their health and are reluctant to buy products that are explicitly marketed as reduced salt, which is shown by the stagnation that better for you reduced salt food experienced during the review period, showing a decline of USD100 million in absolute terms at global level. This performance makes it clear that claiming salt reduction on a pack is not a winning strategy; thus reduction by stealth is the approach that has been used more extensively by the industry to limit salt content in food.

However, this is not a general rule; over the review period, countries like Japan and Brazil saw a fair amount of absolute growth in sales of products claiming salt reduction, with USD83 million and USD63 million growth respectively. While in Japan, sauces, dressing and condiments is the category accounting for the majority of this growth, reduced salt savoury snacks excl nuts, seeds and trail mixes are the big thing in Brazil.

Heart health ingredients: The movement from fortified/functional to naturally functional

Another approach for cardiovascular health-positioned foods is their fortification with heart healthingredients like omegas, plants sterols and complex carbohydrates. But there is a clear movement towards artificially-fortified foods and beverages with these ingredients to naturally functional foods that contain heart health ingredients like nuts or almonds, which are perceived as healthier options by consumers.

Omega-3s have proven to be beneficial for heart health. They help to reduce triglycerides, as well the risk of arrhythmias and a build-up of plaque in the arteries. In addition, they help to lower blood pressure. Within omega-3, DHA and EPA types are found in oily fish, such as salmon or tuna, whereas omega-3 ALA, also beneficial for heart health, is found mainly in nuts and health oils, such as walnuts, chia seeds, flaxseed oil, canola oil or soy beans.

In its new HW2017 edition, Euromonitor International has added a new dataset including two key functional ingredients per brand across 54 countries within five focus categories (FF milk formula, FF powder milk, FF yoghurt, FF margarine and spreads, and FF gum), showing, for instance, that omega-3 with a cardiovascular health positioning was valued at USD505 million in 2016, coming mostly from FF margarine and spreads. Becel, from the giant Unilever, accounts for 40% of these sales.

In addition, omega-3 benefit from health claims approved by the European Commission such as “ALA contributes to the maintenance of normal blood cholesterol levels” or “EPA and DHA contribute to the normal function of the heart”.

On many occasions, omega-3 is combined with omega-6 with a cardiovascular health positioning, this being valued at USD161 million globally. Omega-6 fatty acids, such as linoleic acid (LA), are naturally found in vegetable oils, which are converted to gamma-linolenic acid (GLA) in the body. GLA has been link to a reduction in high blood pressure, either alone or in combination with omega-3 fatty acids. An example of a FF margarine fortified with both types of omegas is Primevère from Lactalis; it is only present in France but accounted for 32% of global value sales in 2016.

It is also interesting to see that some of Unilever’s brands like Flora in Poland and Becel in Romania claim to have both omega-3 and omega-6 fortifications, unlike in other countries where just omega-3 is claimed (note: Flora and Becel are the same product with different names in different countries). Both brands recorded impressive value growth of 199% and 106% respectively in the review period. This shows that there are opportunities for the combination of these two ingredients in Eastern European countries.

Plant sterols are found naturally in plants and are structurally similar to cholesterol. They are linked to cholesterol-lowering effects as they compete with the actual cholesterol for absorption. Products fortified with plant sterols, with a cardiovascular health positioning, were valued at USD840 million in 2016 at global level, coming from FF dairy-based yoghurt and FF margarine and spreads.

The drinking yoghurt Danacol from the giant Danone represents 21% of these sales. Although in some mature markets like Italy, Belgium and Spain, the brand showed a decline in the review period, it still showed a positive performance in other countries like Ireland and Portugal.

Under FF dairy-based yoghurt, the UK leads the list, with Benecol (Raisio Oyj) recording the largest absolute growth (USD10 million) in the review period, while in the FF margarine and spreads category, Brazil outstands, with Becel (Unilever) recording absolute growth of USD17 million over the review period. Interestingly, Becel is fortified with plant sterols in this country, unlike other countries, where it claims omega fortification.

High blood glucose could end up leading to prediabetes or diabetes, and this is a key risk factor for developing heart disease and stroke. Also, on the whole, food and beverages that are recommended for diabetics are also heart healthy. In this case, for many, breakfast is the trickiest meal of the day. Mornings are usually the time when blood glucose levels are at their peak, and consuming a sugary breakfast cereal or other bakery products high in refined carbohydrates might just push them through the roof.

Fortunately, the days when diabetics restricted their carbohydrate intake to a bare minimum are gone. They can now choose the ‘right’ carbohydrate foods, namely complex ones with plenty of fibre and a low glycaemic index (GI). Oats are the perfect choice for both diabetics and people concerned about heart disease. But it cannot all be about porridge. Consumers want choice, as well as convenience, and this means RTE breakfast cereals that are customised to their metabolic needs. For instance, this has been translated into the development of breakfast cereals and snacks based on legumes such as chick peas, lentils, and a wide variety of beans, incorporating complex carbohydrates and fibres.

The food industry has also shown interest in other ingredients like the antioxidants contained in nuts. Nuts are increasingly perceived as healthy options by consumers and this is reflected in NH nuts, seed and trail mixes recording impressive USD4.4 billion absolute growth globally over the review period. In particular, almonds and walnuts have been linked to heart health.

Walnuts contain antioxidants that contribute to reduce the oxidative stress caused by free radicals that can damage cells and play a role in heart disease. Walnuts are also involved in decreasing inflammation as well as lowering cholesterol due to their omega-3 content. In the case of almonds, they also contain antioxidants that have been linked to blood pressure reduction and blood flow improvement. Research developed by Professor Helen Griffiths, back in 2014, in the University of Birmingham (UK) showed that a group of people eating an almond-enriched diet had higher levels of the antioxidant alpha-tocopherol in their blood stream, which translated into improving blood flow and lower blood pressure, potentially reducing their risk of heart disease.

The list of ingredients with a link to cardiovascular health has been expanded, with probiotics, for instance, now included. Lactobacillus reuteri has been associated with cholesterol lowering properties, shown in clinical trials published in The British Journal of Nutrition in 2012. The way L.reuteri works is by reducing the production of cholesterol in the body and by reducing cholesterol absorption from food. Including probiotics with a heart health benefit in dairy based yoghurt is a good option, taking into account that probiotic dairy based yoghurt delivered absolute growth of USD5.5 billion over the review period at global level, with China and the US leading this.

Cocoa flavanols have also been linked to heart health benefits through having a positive effect on blood pressure. Confectionery giants are interested in this topic; for instance, scientific research developed by Mars demonstrated that cocoa flavanols have a range of health benefits, including favourably impacting circulation and cardiovascular health. This component acts on blood vessels by increasing production of nitric oxide, which works to relax blood vessels in a process called vasodilation, which is essential in regulating blood pressure.

Going natural is the way forward

Cardiovascular health positioned food and beverages showed a poor performance in the past few years, with reduced salt products, in particular, not doing well. Despite this, manufacturers may still find opportunities through fortification with key functional ingredients, but they will mainly do so through foods that are naturally rich in heart health ingredients, which fits with the trend towards a desire for naturally functional foods and beverages rather than artificially fortified items.