With the entrance of the widely anticipated Apple Watch in the wearables market, competition in the marketplace is heating up as several manufacturers, such as Huawei Technologies Co Ltd, Samsung Corp, AsusTek Computer Inc and Lenovo Group Ltd, launched their wearables devices at IFA 2015, with improvements in design, functionality and battery life. 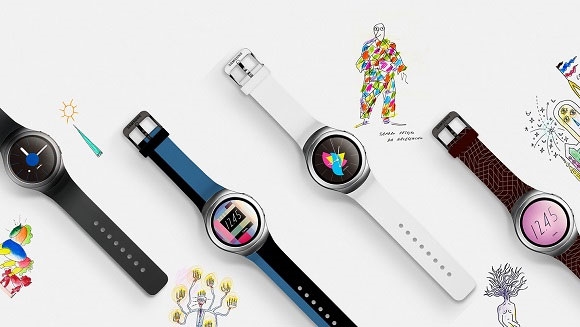 Manufacturers experimented with several shapes for watch faces when wearables were first launched. However, at IFA 2015, it was the circular watch face that triumphed, as key players like Samsung, Huawei and Lenovo opted for this shape. Unlike other technology products, such as tablets or smartphones, where the aesthetic design is less of a concern to consumers, wearables are increasingly being perceived as both a fashion accessory and a technology device.

Manufacturers have clearly understood this as customisability of smartwatches was a key theme at the event. Samsung partnered with Italian designer Alessandro Mendini to release a series of custom-designed watch bands and faces for its Samsung Galaxy Gear S2. Similarly, consumers will be able to choose from six different watch bands and 40 customisable watch faces for the Huawei Watch, while the Asus ZenWatch 2 offers three case colours with 18 different strap combinations.

With limited differentiation in terms of software and hardware, allowing consumers to customise the design of their watches is another avenue for manufacturers to set themselves apart from the rest, and the accessories will also be an additional revenue stream for manufacturers.

Android Wear is now compatible with iOS, which will essentially give Apple Inc a run for its money as iPhone users are no longer restricted to the Apple Watch when purchasing a wearable. The upcoming Huawei Watch, Lenovo’s Moto 360 and Asus ZenWatch 2 will all be compatible with both Android and iOS. These manufacturers will gain access to a wider customer base as Android and iOS combined accounted for 94% of the total smartphone OS market in 2015. Samsung has also announced that the Gear S2, which runs on the Tizen OS, can now be paired with Android phones, and with iOS compatibility in the works. Although the functionalities are limited when paired with another device, this represents a huge step forward in creating a robust ecosystem, which will ultimately benefit consumers as they will no longer be restricted to the operating system of their smartphones.

All manufacturers boasted an improvement in battery life that will last users more than the 18 hours offered by Apple Watch. With Apple Inc officially invested in the wearables market, pricing is becoming a point of contention for manufacturers. With the exception of the Asus ZenWatch 2, which starts from €149 (US$166), others are opting to price their entry level wearables at around US$300, which is below or comparable to Apple’s entry level watch. As more global manufacturers enter the autonomous wearables market, the average unit price will increase by 7% from 2015 to 2016 to reach US$344.

Autonomous wearables will finally take off – with the market projected to grow at a CAGR of 55% from 2015 to 2020 to hit 197 million units in 2020, and with retail volume exceeding that of passive wearables in 2017. The market leaders in wearables are far from being set in stone and wearables manufacturers that provide customisability and interoperability – and at the right price points – will be able to win consumers over.

Read Consumers in the Digital World: Hyperconnectivity and Technology Trends for more insights.