The outlook for Latin America has significantly deteriorated in recent months. Brazil has seen the biggest downgrades, with our current forecasts predicting a decline in GDP of 3.1% in 2015 (compared to a 1.4% decline in our August forecasts) and a further 0.8% contraction in 2016 (compared to 0.7% growth in our August forecast). But expectations have worsened significantly for other countries in the region as well, with reductions in annual growth forecasts of around 0.5-1 percentage points for 2015-2017. The region was already suffering from a slowdown in 2010-2014. The more negative outlook suggests the decline in growth is here to stay. 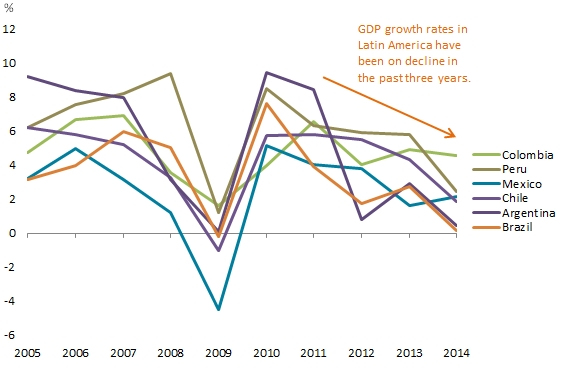 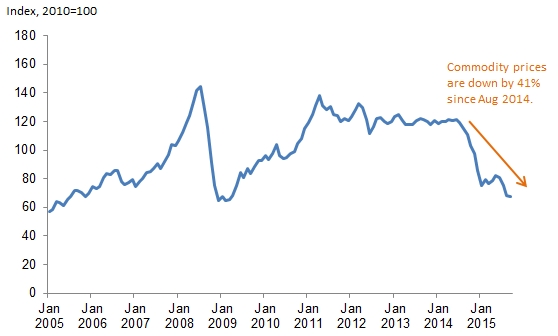 Source: Euromonitor International from the IMF

Note: The All Commodities Price Index in an aggregate price index of all commodity groups. 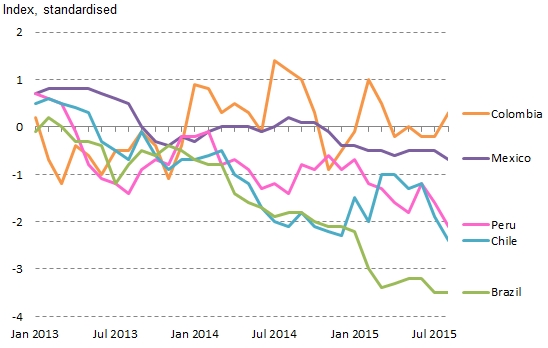 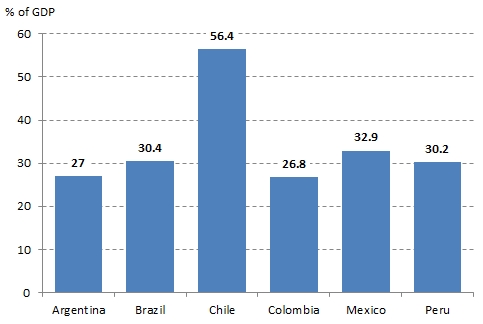 Source: Euromonitor International from the IMF 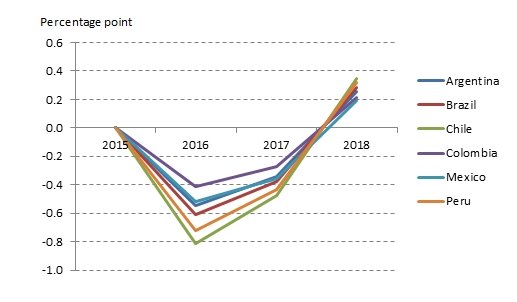 Latin America is facing a worsening outlook over the next few years due to a combination of low commodity prices, a slowdown in major trade partners such as China, greater political uncertainty and greater pessimism about the region’s long-term potential. There is also a generally greater pessimism by foreign investors about emerging markets relative to the beginning of the decade that could also depress growth in the region. While low external debt levels limit the probability of a major banking or currency crisis, downside risks to the outlook have increased.