The number of inbound travellers to Canada is expected to post strong performance over the next five years. In light of the weak Canadian dollar, this growth will be particularly relevant among consumers who seek to do significant shopping while travelling. While travellers from the US and Western Europe account for the majority of travellers to Canada, travellers from Asian markets such as China, Japan and South Korea are expected to grow rapidly over the next few years and spend disproportionately on shopping while travelling.

Since many heavy shoppers decide which brands to buy before travelling, it is important for Canadian retailers and brands to be building brand recognition among inbound travellers before they arrive in Canada. Canadian retailers and brands can differentiate themselves from global players by offering in-store services to meet the needs of inbound travellers, including multi-lingual signs and employees, offering personal shopping services, and accepting international methods of payment such as AliPay.

What travellers spend the most on shopping? 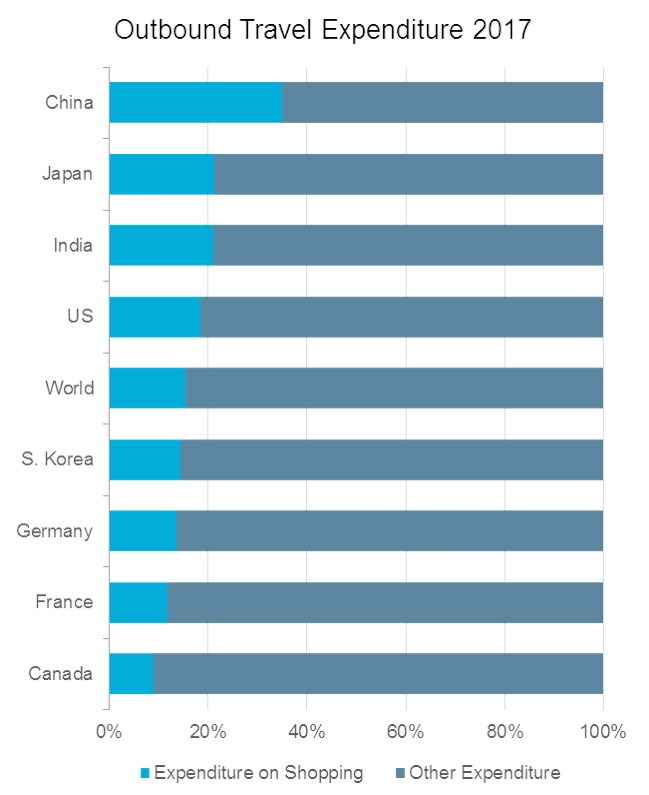 Brands and retailers should be active on international social media platforms to maintain awareness and engagement once travellers return home, where they can act as unofficial brand ambassadors and persuade a new round of travellers to shop from Canadian companies.