Michael Kors ended its fourth quarter in the fiscal year, proving speculations wrong on its impending downturn due to rampant expansion in the past five years.

With its economy en route to recovery, demand for bags and luggage has picked up in the US, which is helping to bolster the company’s performance, where 70% of their sales are derived from the US. However, currency effects continue to cause a dent in performance, despite improving sales in the US. For the fourth quarter ended 2 April 2016, although total revenue increased 10.9% to US$1.2 billion from US$1.1 billion in Q4 2015, total revenue would have increased by 11.7% on a constant currency basis. This is no doubt due to the fact that the currency translation effects are in play, with the US dollar strengthening against the currencies in other Michael Kors’ key markets like China, U.K and Japan. 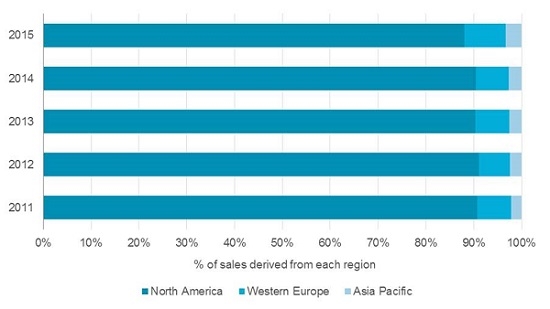 As Michael Kors is expanding into other regions, currency issues will become more of a problem in total revenue reported in US dollars. With the US economy gaining momentum, a strengthening US dollar will remain a cause of concern for Michael Kors. Hence, more steps have to be taken to hedge against currency fluctuations in light of volatile macroeconomic conditions in an increasingly uncertain environment.

In late 2016, Michael Kors is expected to launch the Michael Kors Access smartwatch, powered by Android, pitching itself against wearables within Fossil Group Inc’s portfolio. Fossil Group Inc, which produces watches for many licensed brands such as Fossil, Michael Kors and Tory Burch, announced its partnership with Google to support the extension of Android into wearables with Android Wear back in 2014. This plan materialized in November 2015, with Fossil Group Inc acquiring wearable technology innovator Misfit, followed by an announcement in January 2016 of the company’s plans to launch more than 100 wearables this year.

Fossil Group Inc’s vision is to differentiate itself from its consumer electronics counterparts which produced wearable electronics. In order to cater to fashion-conscious consumers, a tighter product life cycle is adopted, in accordance with fleeting demand for fashion goods. However, even the number one brand in passive wearable electronics Fitbit, is struggling to carve a niche in the fashion accessories hemisphere. This does not come as a surprise, as the wearable electronics industry is dominated by technology and sports companies, due to the nature of the product features such as activity and health trackers. 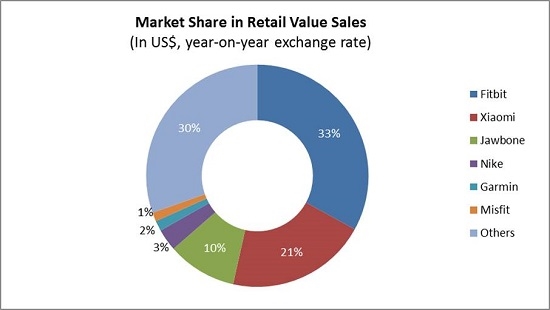 Michael Kors’s internet retailing is still in its infancy with purchases from www.michaelkors.com reaching only U.S, Puerto Rico, Guam and Canada. In contrast, affordable luxury brand Tory Burch’s company-operated online stores ships to U.S, Canada and 40 other countries covering Latin America, Europe, Asia Pacific and Australasia. With a strong social media following on platforms such as Instagram and Facebook, Michael Kors stands out from its competitors with 7.9 million followers on Instagram @michaelkors, while @katespadeny and @coach only manage 1.7 million and 1.2 million followers respectively. Amongst its closest competitors, Michael Kors is one of the first brands to jump onto the Snapchat bandwagon, an image messaging and multimedia mobile application which works in favour of storytelling behind the brand’s legacy. In order to tap into its expanding target audience in China, Michael Kors is also no stranger to Chinese social media platforms, Weibo and Wechat. 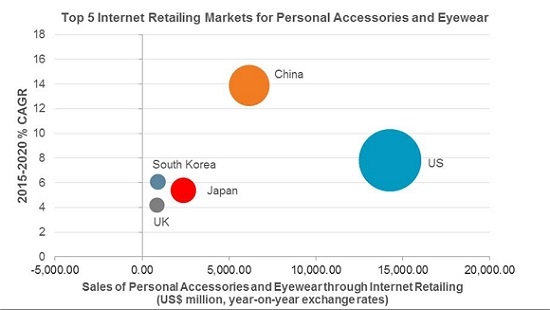 As most brands turned to China as a key source of revenue following dwindling demand in North America and Western Europe after the 2008 financial crisis, Michael Kors is virtually absent in bags and luggage in China. Although the percentage of sales derived from Asia Pacific is expanding for Michael Kors, a majority of its Asia Pacific sales are attributed to its Japanese operations. In Michael Kors’s latest earnings review, the company announced its acquisition of its Greater China licensee, which represents the company’s direction in gaining more control, capitalizing and focusing on the development of its Greater China business. Michael Kor’s Greater China business includes operations in China, Hong Kong, Macau and Taiwan.

However, the cause of concern for Michael Kors’ business in Greater China would mainly revolve around mainland China due to issues ranging from rising cross-border commerce to the Chinese Government’s clampdown on the consumption of luxury goods and to the rise of counterfeit goods that is eroding many brands’ equity. Moreover, the shift away from logo-centric bags in China heavily impacted the sales of Louis Vuitton and Gucci in China. In contrast, the rising middle income group in China and rising demand for luxury goods from the second tier cities has fueled revenue growth for affordable luxury brands in China such as Coach. While Louis Vuitton and Gucci demonstrated a -1.3% and -4.4% decline in 2014, Coach achieved a 10.9% growth.

Whilst the acquisition of its Greater China licensee means that the company has a greater control of its activities in Greater China, it must also be sure to continue its expansion in order to ride the waves of rising domestic spending on luxury goods.

Michael Kors suffered a backlash due its over-expansion, which slowly led to the brand being over exposed in North America with an accordant dilution of its brand equity. Hence, it is important to take calculated steps to avoid the repercussions of over-exposure. Buying back its licensing agreements could be one step to managing this potential problem as it provides the brand with greater control of brand’s activities, supply chain and distribution network.

Moreover, with Michael Kors venturing into other product arenas such as wearable electronics, this will help diversify the company’s portfolio and reduce its reliance on bags, the core category driving revenue for the company. For Michael Kors to be able to make a comeback, the company needs to sustain its growth in the long-run whilst innovating and utilizing technology to enhance the company’s forward looking direction.

Diversity, Equity and Inclusion in Luxury and Fashion: What’s Here and What’s Next?

After almost three years of a global pandemic and political and racial tensions increasing around the globe, issues surrounding Diversity, Equity, and Inclusion…