Euromonitor International is pleased to announce the introduction of a range of new health datasets (including health risk factors and allergy prevalence) as well as data on vegetarian population, urban population living in slums and population practising open defecation. The new datasets are available for 85 core countries with forecast through to 2030 (where available) and can be found on the Population page. With these new additions, Euromonitor International’s database of population and health statistics has become even more comprehensive to provide a complete picture of the population in a country.

Top 5 Countries with the Largest Vegetarian Population: 2011 and 2016 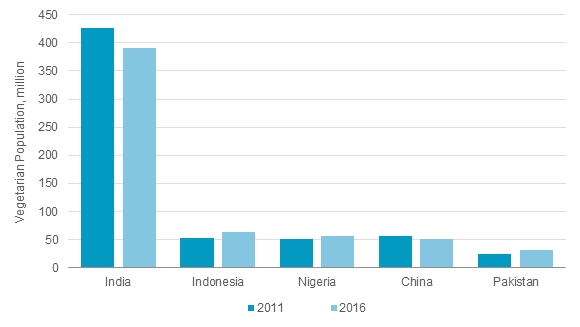 Note: Top 5 countries are selected based on a ranking of the vegetarian population in 2016.

Use the new data to: