With the smartphone market expected to exceed 1.6 billion units in 2020, manufacturers are all eager to expand their market share to capitalise on the potential growth opportunity. The market has been particularly challenging for both the leaders like Samsung Corp and smaller players such as HTC Corp and Sony Corp, as much of the competition is centred on price points and specifications. Without a strong selling point, it will be difficult for new entrants to stand out as the market becomes more consolidated. As a nascent smartphone manufacturer, however, OnePlus was able to build up its brand recognition, despite having a limited marketing budget.

The company sold its phones through an invite-only system when it was first launched in the market. Those with invitations were then allowed to extend it to other people. The use of hunger marketing, which limits the supply of the product to create the idea of exclusivity and higher brand value, was similarly adopted by many other smartphone manufacturers, such as Xiaomi Inc and Apple Inc, with considerable success. While OnePlus adopted this method primarily due to better inventory management, it was effective in generating the much-needed publicity around its phones. The success of its hunger marketing strategy was also boosted by the competitive price points of its phones. The OnePlus 2 is priced at US$329, which comes in at around half the retail price of Samsung’s flagship models, despite having comparable specifications.

As OnePlus matures as a company, it recently announced that it will be doing away with the invite-only system. To make its phones more easily accessible to consumers, the company is also partnering with key strategic online retailers such as Souq Group Pvt Ltd in the Middle East, Rocket Internet GmbH’s Lazada in Asia Pacific and Amazon.com Inc. Removing the invite system and moving away from hunger marketing by relying more on retailers will eliminate the idea of exclusivity, but the change in business model is a natural progression and a move that is necessary for the company as it needs to quickly ramp up its scale to attain sufficient volume to drive sales and, consequently, its revenue, or risk having to exit as the market becomes more consolidated. 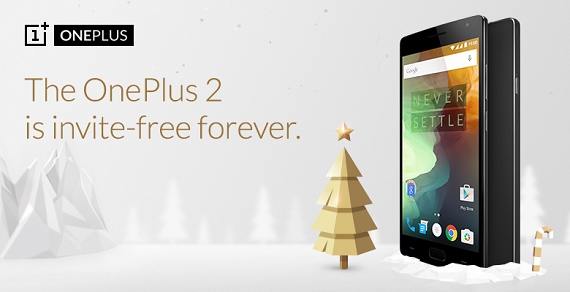 OnePlus is also making a concerted effort to establish partnerships with mid-sized distributors and carriers to sell its phones at retail stores. Unlike other consumer electronics products, such as wearable electronics, where internet retailing is the most prevalent channel, electronics and specialist retailers remains the core distribution channel, as it accounted for 65% of mobile phone sales in 2015, the highest among consumer electronics products. In developed markets, most mobile phones are still purchased as part of a mobile plan contact, so that consumers would need to visit telco-operated stores for their contract renewals.

The company recognised that its existing online-only business model would limit its growth prospects and is stepping up its efforts in picking out the right distribution partners that identify with its brand. To transition away from its start-up label, the company needs to expand its distribution and build up its scale in order to compete with other manufacturers. The company had a promising start in the smartphone market, but, as it takes its first major step in the right direction to scale up its business, the next few years will be crucial for the company, as it will need to ensure and sustain consumers’ continuous interest in its products. As its phones become more readily available on the market, it will need to differentiate itself not just in its hardware, but also increase its consumers’ stickiness with its phones through its content and service offerings, a segment in which it is currently lacking.

Global Volume Share of Consumer Electronics Products by Channel in 2015 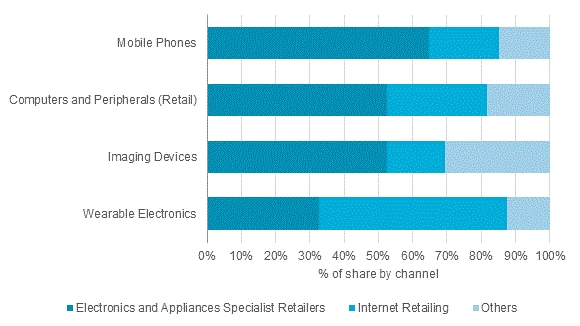