adidas Group is scheduled to report its full-year fiscal 2015 earnings on Thursday 3 March 2016. Q3 results for the three months to 30 September showed that the German sportswear company is heading for recovery in 2015 overall. Revenues were boosted by strong growth in Western Europe and China, as well as a large improvement in adidas Group’s underperforming US business. It will be interesting to see how things shape up come Thursday’s announcement. 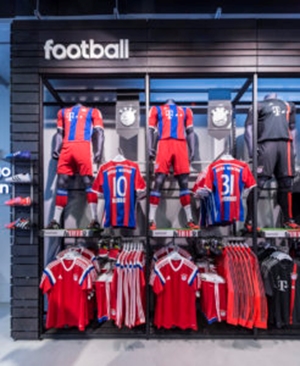 Euromonitor International is optimistic that the company has taken many of the right steps to see a positive performance in its FY2015 results. Recent measures that the company has employed include replacing its North American president and shifting its marketing focus in the region to American sports. Indeed, adidas has been picking up momentum in the all-important North American market. North America is the world’s largest sportswear market, set to generate the highest growth in the next five years.

What is more, Nike has been increasingly attempting to improve it sales strategies in Western Europe, traditionally a stronghold of adidas Group, and has started to take share from adidas. However, Euromonitor International is confident that adidas is in a good place to take advantage of the growth expected in sportswear in the region, which will rise at a constant value CAGR of 2% over the next five years, compared to a 0.4% CAGR increase for the Western European apparel and footwear market. Key growth areas include football (where adidas has taken an increased focus on football boots), not to mention running and training, particularly in the women’s category.

With a booming middle class and widening engrossment in sports, driven by the Chinese government’s heavy investment in sports participation, China remains a key growth driver for adidas. adidas’s success in China has been driven by a variety of factors. Obviously, its close control of the retail space is important. adidas has also been more successful at striking a balance between fashion-forward appeal and staying true to its roots. Euromonitor International’s advice to Kasper Rorsted, assuming the role as new CEO in October 2016, would be to make China, where strong growth is forecast, a top priority in terms of investment in marketing and retail.

Will Reebok be disposed of? 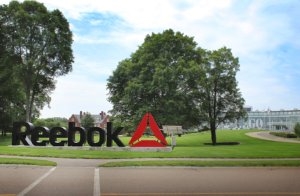 Finally, any analysis of adidas Group’s financial prospects would not be complete without the mention of its challenging Reebok brand. The brand has seen an upturn in its performance, with its 10th quarter of consecutive growth in Q32015, and Euromonitor International expects to see a positive performance in the company’s full-year results.

Nevertheless, Rorsted will need to take a fresh look at the Reebok brand, addressing its ongoing problems and working to find new ways to differentiate it from its peers. Some believe the sale of Reebok would be a good exit strategy from the challenging North American region. Indeed, the sale of Reebok would offer adidas short-term gains, with easy liquidity, and an opportunity to focus on its core adidas brand. Only time will tell.

Global Consumer Trends for 2022 in Eyewear

Can Saudi Arabia be the Future Luxury Capital of The Middle East?

Could Pop-Up Stores Rescue Brands with Excess Inventory this Winter?

China’s apparel and footwear market has seen a surge in e-commerce penetration since the COVID-19 outbreak, and is expected to continue to grow, driven by the…