2016 was a mixed bag for light vehicle sales in emerging markets: while growth continued across most of emerging Asia Pacific, the biggest markets in Eastern Europe, Latin America as well as the Middle East and Africa contracted under pressure from unfavourable macroeconomic conditions. However 2017 is likely to see a reversal of fortunes with markets that were in decline in 2016 recovering, as high growth markets slow down due to saturation. 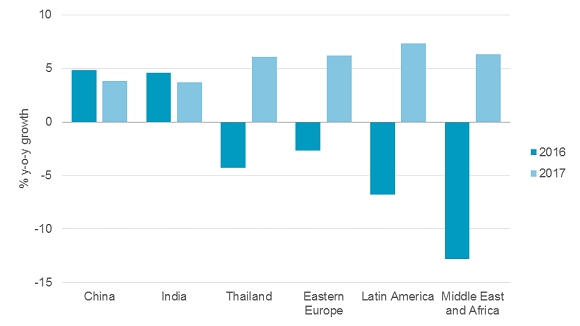 Running out of drivers

Dynamic economic growth in large emerging markets like China and India has significantly improved the economic prospects for large swaths of population, but gains in income and especially wealth have been concentrated at the top of the social classes. While we have seen middle income and wealthy households make significant gains in terms of percentage growth since the 2008 recession, the vast majority of the population is concentrated at the bottom of the income and wealth scales. 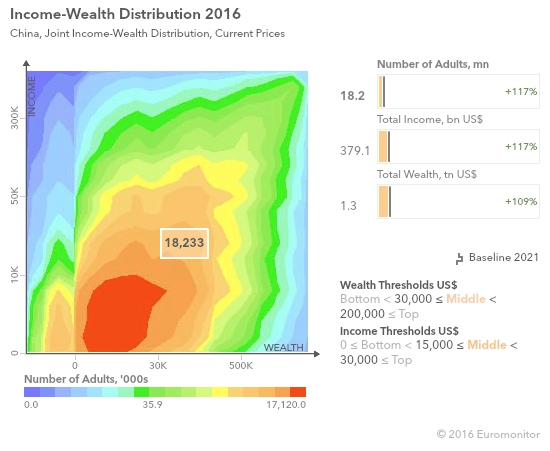 This leaves great long term potential for continued motorisation, but for 2017 and the immediate future it implies a limited addressable audience for new cars leading to likely slowing growth in countries like India, China, and Indonesia.

Income and wealth inequality are a common feature of emerging markets and make these markets particularly susceptible to macroeconomic shocks. A small but growing middle class is reliant on rapid economic growth for wealth accumulation necessary for major purchases like automobiles. A deterioration in the macroeconomic prospects and political instability has an immediate adverse effect on light vehicle sales as consumers lack the wealth cushions to absorb shocks. Economic decline was the main story in some of the biggest emerging markets in Latin America, Middle East and Africa, as well as Russia and Thailand, where a toxic mix of persistently low commodity prices and political factors severely limited the ability of consumers to make major purchases.

Barring an escalation of political tensions in key regions we expect the macro-environment to begin to stabilize allowing pent-up demand in the automotive market to be realized, putting growth in countries like Russia, Brazil, Thailand and South Africa back into positive territory. A resurgent middle class in these markets will result in accelerating growth in demand for inexpensive small SUVs from mainstream brands like Kia and Hyundai. Growing sales in demand from middle class households in emerging markets will be among the key driving forces behind the continued surge in global sales of SUVs, annual sales of which are expected to reach 27.6 million units by 2021, a 30% increase on 2016.