As first reported in Beverage Digest and later by Business Insider, both PepsiCo and SodaStream have announced a limited test launch of Pepsi branded products on the SodaStream platform.

In its report, Beverage Digest, citing a source, said the Sodastream test using Pepsi products would involve "major SodaStream customers Wal-Mart and Bed Bath & Beyond" in some Florida markets.

The test, which will be a 10-week test selling some Pepsi-branded products, will involve "naturally sweetened" brands not sold at retail: "Pepsi Homemade" and "Sierra Mist Homemade," Beverage Digest said.

This limited partnership is yet example of Pepsi looking to slow the decline of soda sales in the US. As seen with the limited launches of Caleb Kola and Pepsi True, the company is seeking new avenues of growth for carbonates amidst declines in the US. What does it hurt to try a small launch with SodaStream and see how consumers react to the product? 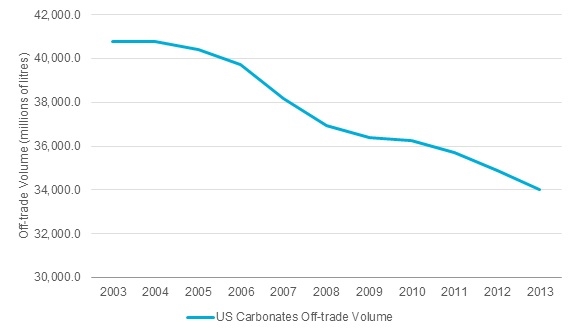 If the reports that the brands will feature “naturally sweetened” Pepsi and Sierra Mist products are true, this is an interesting move. If these are full-flavoured, HFCS or cane sugar beverages, that moves away from the use of sucralose/ace-K that is often found in SodaStream’s non-naturals line of liquid syrups. If this is Pepsi extending their stevia line (that began with Pepsi True in the US), then this shows Pepsi has enough belief in its stevia variant to extend another test launch.

The sweetener situation is interesting because SodaStream’s line of “sparkling naturals” requires more syrup than their regular flavours. Regular uses a mere 10 ml to make a 240 ml (8 fl oz) serving, whereas the sparkling naturals typically use 30 ml (1 fl oz) to make a 240 ml cup, so three times as much product is needed. This would mean less servings per container (25 in sparkling natural, 50 in the regular cola) which would result in a higher price per ready-to-drink litre. But if the company were to use stevia as in their “naturally sweetened Pepsi”, comparisons to the original will undoubtedly be made – and be found lacking. Having tasted both SodaStream’s regular cola and its sparkling natural cola (along with Pepsi True), there is a distinct difference in taste (and calories) between these products.

On its surface, the test launch at least allows Pepsi to assess demand for Pepsi-branded SodaStream products – but the proposition that this demand exists is debateable. This uncertainty explains why Pepsi highlighted in an email to Business Insider that the launch is on a small-scale and limited time basis – a smart move for a company that is already testing craft sodas and stevia based sodas available solely online. While this may be a reaction to the continued volume decline of carbonates in the US, it is not the solution. Those high volume days may be long gone due to both health concerns about CSDs as well as the plethora of choice available to consumers, but the fact that PepsiCo is exploring all possible venues demonstrates that the company will explore all paths to reverse the trend.