Today is International Tea Day! These are the top 15 markets for both hot and cold tea globally ranked by total volume consumption in 2016.

Note: Figures include both on-trade and off-trade volume sales

Tea is the most consumed beverage on the planet

Tea is the most consumed packaged beverage globally. It is uniquely an everyday, throughout the day beverage. The category has found a way to enter all of the major occasions for packaged beverages: from hydration to refreshment, indulgence to nourishment and functional energy. This gives the tea category, in some form or another, a place in the consumer basket at all times of day. Consumer-led factors make tea a resilient retail product in uncertain times. The versatility and variety of tea-based beverage options can satisfy the growing demand for healthful, flavourful and natural beverage options. 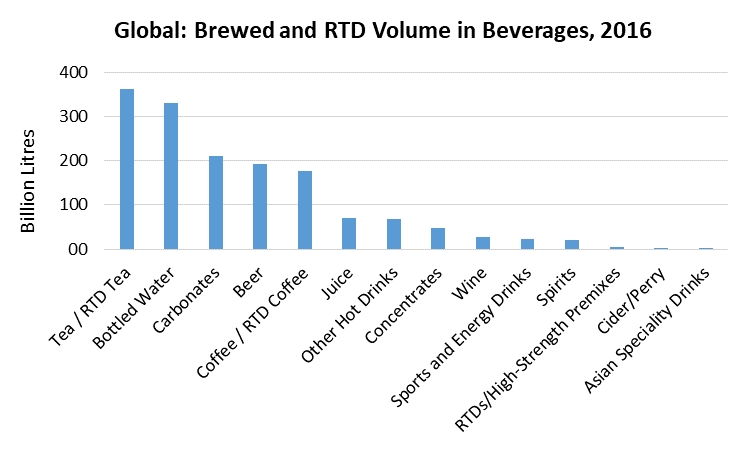 Note: Figures include both on-trade and off-trade volume sales

Regular and organic tea reveal a shift toward healthy variants

A breakdown of consumer preferences reveals that green tea healthy variants are on the rise, at the expense of black tea. Instrumental in this shift has been the growing body of academic research supporting the perception of green tea as a healthy product, backing various health claims, from protection against specific cancers and Alzheimer's to lowering LDL cholesterol. This has resulted in black tea losing 13 percentage points in category share within standard tea between 2003 and 2016, while green tea gained two percentage points. Organic black tea saw a decline in share of one percentage point, while green tea gained five percentage. As the health conscious consumer base continues to expand, green variants will grow more strongly than black tea, both in regular and organic variants.