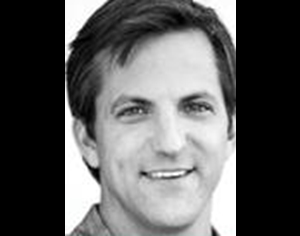 With Brazil’s presidential race heading toward a runoff election later this month, Rio 2016 has taken a back seat in Brazil to issues of politics and economics. There is also a stark contrast between the excitement of Brazil hosting two global sporting events back-to-back and the current economic climate. But no matter the issues of today, one thing is for certain: The Olympic cauldron will be lit on Aug. 5, 2016.

This raises the question: What will be the long-term impact of hosting this year’s FIFA World Cup and the 2016 Olympic Games — for brands, for citizens and for the Brazilian economy?
With much of the world’s focus fixated on Brazil, GlideSlope sought to better understand the perceptions and influence of the recent World Cup on the upcoming Olympics. More specifically, we wanted to learn what effect Brazil’s hosting of these events has on the Brazilian business community and the extent to which the World Cup is a predictor of how businesses in Brazil may engage with the 2016 Olympic Games.

We combined Brazilian macroeconomic, consumer and behavioral trends with commissioned research in partnership with Euromonitor to focus on local business verticals. We were able to extract key learnings from the World Cup and identify how brands can apply lessons learned to drive more meaning and value from Rio 2016.

The tale of two Brazils

There is a positive but nevertheless fragile nature to Brazil’s marketplace. The months leading up to and including the World Cup saw steady increases in key Brazilian economic indicators, including both the Consumer Price Index and Bank Lending Rate, suggesting a lack of market stability. While the country was able to plan and execute a major global sporting event without any significant disruption, the ongoing presidential election cycle, a growing concern over unemployment trends, and stubbornly high inflation may create a less certain future for Olympic success and larger questions for Brazil’s economy beyond 2016. Therefore, companies must hope for the best yet plan for the worst.

In addition to capitalizing on World Cup business spikes, many companies widely viewed the World Cup as a “dry run” for the Olympics, trying to gauge how much impact the increase in market activity would have on bottom-line business. Perhaps the simplest of all takeaways was that all industries involved in this research reported business gains, if for no other reason than the massive influx of foreign visitors and consumers to the country. For example, with more than 40 percent of all World Cup ticket purchases made by non-Brazilians, foreigners helped spur retail and distribution verticals with 8 to 10 percent increases, year-over-year.

As we’ve seen previously, global sporting events have the ability to stretch marketing innovation and drive business-to-business and business-to-consumer objectives. Rio 2016 will be no different. But, each Games ups the ante on fan engagement, hospitality, viewing experience and the ability to get closer to the competition than ever before. For brands looking to drive business and/or brand advocacy around the Olympics, they must move beyond just understanding and planning for challenges that can arise during global sporting events. They must find authentic and relevant ways to join the conversation that account for market-specific trends, challenges and opportunities.

As we evaluated these business verticals, three themes emerged around the World Cup, offering a glimpse into which of the two Brazils will rise to the forefront in the coming years.

1. Fostering collaborative relationships: The notion of collaboration is a trend on the rise among Brazilians consumers. Collaboration in Brazil has manifested itself in several ways with technology largely acting as the enabler. From taxi and car-sharing apps and rooms for share, to 24-hour home grocery delivery catering to the busy Brazilian on-the-go, Brazilians increasingly believe that sharing experiences and things with others makes their lives more satisfying and more enjoyable.

Similarly, business collaboration helped many companies across industries seize new opportunities and gain market share in the run-up to, and during, the World Cup.

With the 2016 Olympics compressed into one city, building collaborative relationships between brands and consumers will be of utmost importance. Brazilians will be most receptive to brands that enhance their busy lifestyles and focus on the 24/7 nature of the Olympic Games, so locals and tourists alike are left evangelizing about their experience.

2. Responsible spending: In line with Russia, India and China, a decade-long boom has added 30 million people to Brazil’s middle class. In recent years, this newfound wealth has added to the upbeat image that Brazilians naturally project. However, as economic indicators start to swing the other way, this perception should be treated with caution as mindful consumption is increasingly influencing their approach to spending. Brazilians are looking more closely at their consumption habits and putting a larger emphasis on sustainability and social responsibility.

Skol beer is one brand that has become popular among environmentally friendly Brazilian consumers. The company has created a range of home décor products that allow Skol’s aluminum beer bottles to be refashioned into household products like lamps and clocks.

To improve public services, Brazilians use the Cidade Legal app to photograph poorly maintained city services and use their mobile phone GPS systems to upload the photos and alert the appropriate city hall.

As a result, Brazilians are asking for more in terms of social consciousness, both of themselves and from brands with whom they engage. This holds true especially for those doubting the long-term implications and benefits to a society growing weary of expenditures and resource allocation toward non-essential services. With this in mind, brands would be wise to invest in products and services that are authentic, sustainable and stress a legacy of involvement with the Games and with Brazil at-large.

3. Investing in tomorrow: In the lead up to the World Cup, issues in finding skilled labor for major infrastructure projects caused delays in construction timelines — which in turn resulted in delays in government funding. This cause and effect was further compounded as it became increasingly difficult to pay the skilled workers that were available.

Numerous programs have already started to focus on the challenges of raising the skilled workforce in Brazil. Brazil’s Science Without Borders program aims to send 100,000 young Brazilians interested in science, technology, engineering and mathematics to study full time before returning to Brazil and work for a Brazilian company to help continue the country’s progress in these areas. Education First signed on to be the official language services supplier for Rio 2016.

In time, one may point to a more sophisticated labor force as the single most important legacy contribution forged from the World Cup and Olympic Games. If a brand is able to help influence the Brazil of tomorrow and tap into the education and skills-hungry middle class, it will be providing a much-needed service.

Rio’s biggest opportunity and most significant challenges seem to be Rio.

As the world’s seventh largest economy, Brazil now has to deliver on the responsibilities that come with its place in the global economic structure, both within and outside of its borders. However, even as the country plays host to both the World Cup and the Olympics, a confluence of factors happening simultaneously in the country are likely to play a significant role in the country’s economic outlook. One need look no further than the plagued cleanup of Guanabara Bay, the site of several 2016 Olympic sailing events, to clearly understand the perilous paths to progress.

These are issues that need to be monitored on an ongoing basis — by brands and businesses alike.

David Fuller (david.fuller@theglideslope.com) is a founding partner at GlideSlope and adjunct professor at New York University. Follow him on Twitter @DavidFullerGS. Euromonitor was commissioned to carry out the research in Brazil and provide contextual economic indicators.