The baseline outlook for the global economy remains benign in mid-2018. Private sector sentiment remains positive, and high stock prices continue to be sustained at high levels by low interest rates and rising corporate profits. Stock market volatility remains below historical average. While interest rates will continue to rise in advanced economies, they are forecast to remain low relative to historical standards. Global annual GDP growth is projected at 3.3-4.1% in 2018-2020, with 1.8-2.4% annual growth in advanced economies and 4.6-5.6% average growth in developing and emerging economies. 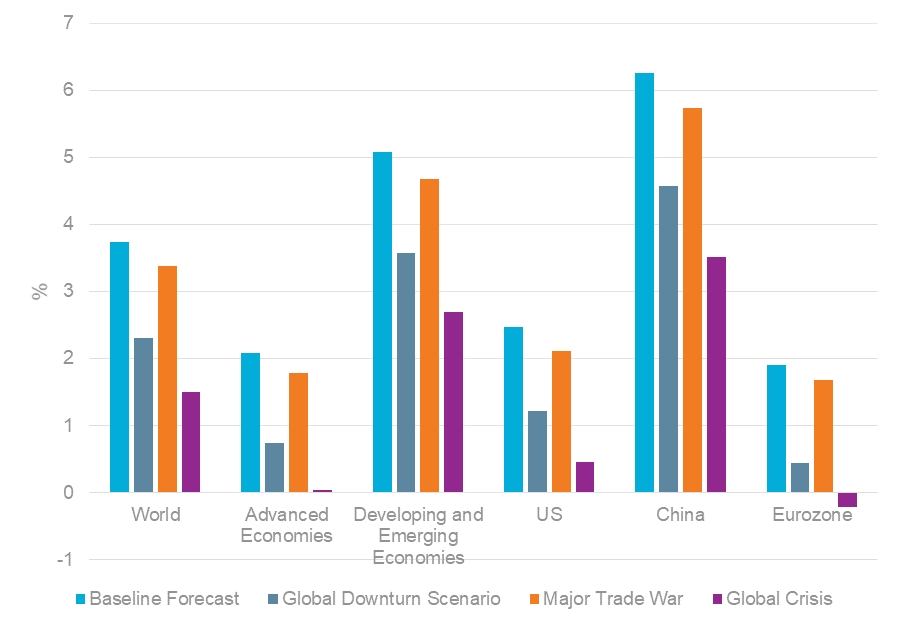 However, the emerging trade war between the US, China and the EU, the growing fears of an end to NAFTA and rising tensions between the US and its European allies have increased uncertainty. The impact of the recently announced trade tariffs and moderate tariff extensions is likely to be limited and is already factored into our baseline outlook. And despite the more hostile comments by Trump towards the EU and NATO allies, NATO is likely to survive for now. However, the probabilities of more severe scenarios such as a major trade war or a global downturn have increased. In the worst case scenario, these two risks could merge and amplify each other, leading to a global economic crisis.

In June, the US imposed 25% tariffs on EU, Canada and Mexico steel imports and 10% tariffs on aluminium imports, leading to retaliatory tariffs on US exports to those countries. US President Trump has also threatened to impose a 20% tariff on EU car imports in the US. A more general concern is about worsening relation between the US and key allies in the EU and North America. This has potentially deeper geopolitical repercussions than a trade war. During the July NATO summit, US president Trump and other heads of states clashed over defence budgets. 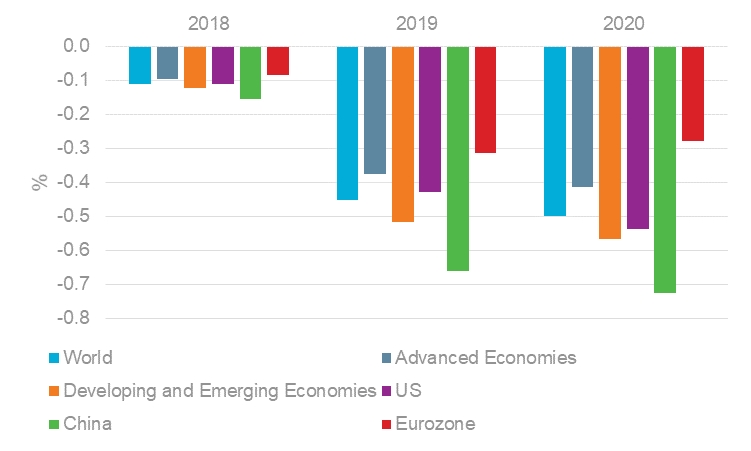 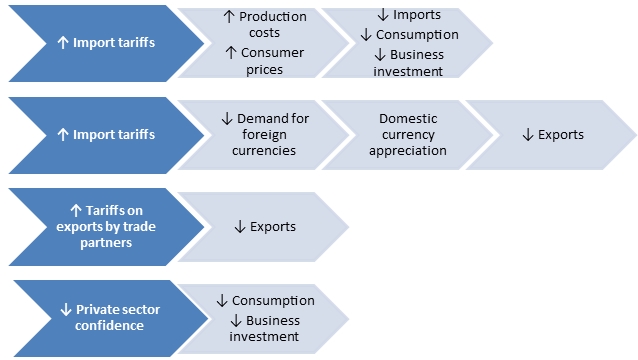 Even without a strong escalation, the current trade war and the growing tensions between the US and its allies increase the already existing risk of a global downturn. The trade wars and fears of escalating protectionist measures, combined with more populist policies in advanced economies and growing geopolitical tensions (e.g. between the US and the EU or China, or NATO and Russia), could cause a decline in business and consumer confidence. Greater uncertainty and concerns about overvaluation in financial markets could lead to a stock market correction and rising risk premia on private sector borrowing. Euromonitor International estimates that in such global downturn scenario declining business investment, consumer spending and trade would reduce annual global GDP growth for 2018-2020 to 1.9-2.7%. Annual 2018-2020 growth could drop to 0.4-1% in advanced economies and 3.1-4.1% in emerging markets. 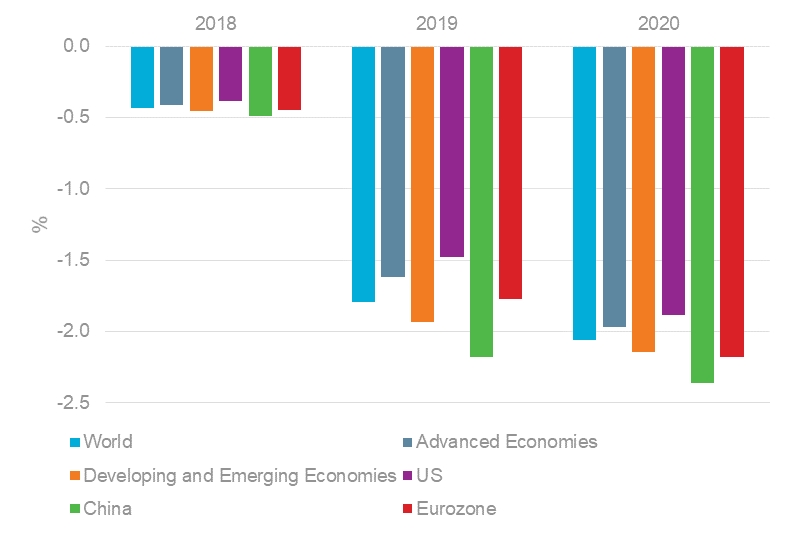 Macro Model is Euromonitor International’s quarterly forecast model for the global economy. Macro Model provides forecasts of the world’s major economies for GDP, inflation, interest rates and unemployment in 58 countries. It is also a powerful interactive tool to examine alternative “what if” scenarios, like a major trade war, and to see the flow-on effects across countries. This enables businesses to stress-test their strategy against hypothetical economic shocks.