The global recall of the Samsung Galaxy Note 7 created a major dent in Samsung’s plans to get an early lead before the launch of the iPhone 7 and 7 Plus. Reports of defective batteries causing the Note 7 to explode surfaced shortly after the product was launched on 19 August. As it became clear that it was not an isolated incident, Samsung was quick to acknowledge the issue as it announced a global recall of the 2.5 million units which were shipped. Despite being prompt with the recall process, the company was unable to prevent the problem from escalating as the issues persisted with the Note 7 replacements. The company has since ceased production of the Note 7. 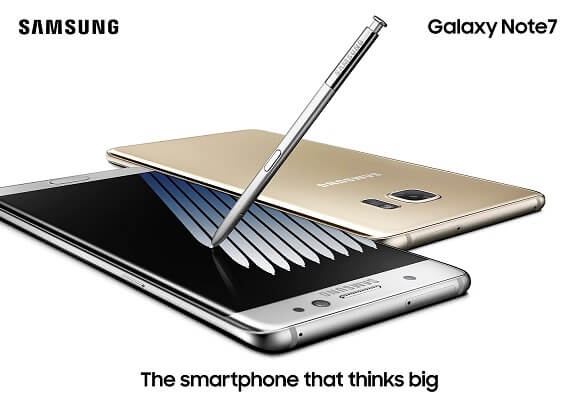 This setback will cast doubts on whether Samsung can sustain its stellar results in its mobile business over the next two to three quarters. Beyond the financial losses stemming from the global recall, Samsung will also incur unrealised sales with the Note 7 being taken out of the market. However this will be a small price to pay for Samsung. For a company which sold 267 million smartphones in 2015, the initial recall of 2.5 million units would have accounted for less than 1% of its total retail volume. The Note 7 is also a premium product and volume sales are largely driven by its Galaxy S7 series and its lower end models.

In terms of financial losses due to the Note 7, it will be greater in the US where Samsung is also plagued with potential lawsuits in the US and claims over damage to property and medical bills. While the Note 7 will no longer be released in high growth markets like India and Indonesia, this will have less of an impact on volume sales as demand in these emerging markets is still primarily driven by its low to mid-range A and J series smartphones.

The biggest challenge for Samsung would be to prevent the consumer and investor fallout from worsening. This is more so important for Samsung as its flagship Galaxy series, which includes the Galaxy Note 7 and S7 series, is meant to showcase its capabilities in technological innovation. The fact that its premium Note 7 smartphones and even the replacement Note 7 devices are labelled as safety hazards is damaging to its brand reputation and an embarrassment to Samsung Corp. The decision to discontinue the Galaxy Note 7 smartphones is a logical step for the company to prevent any further escalation of the problem and allows the company to re-focus its efforts on regaining consumers and investors’ confidence in its mobile devices.

The crisis is likely to be a passing storm for the company. The company is also insulated by its other business units such as its semiconductor and display business to absorb the financial cost incurred by the Note 7.  The Note 7 is essentially still a niche product in Samsung’s product line and volume sales would be limited. Ultimately, it is the A and J series and the Galaxy S7 which are the main contributors to Samsung’s volume sales and the company needs to rebuild consumers’ confidence in the brand through these devices.