As the growth outlook for the global economy refuses to build strong momentum, there are still opportunities out there for consumer goods companies. The key is to think granular. Focus on specific countries, cities, consumer segments and categories. Even weakening markets have pockets of strong growth.

Consumer expenditure in Eastern Europe is set to increase by just 3.7% between 2014 and 2019, mostly due to the sharp falls in spending we expect in Russia and Ukraine. Yet smaller economies such as Lithuania, Latvia and Estonia are expected to see very strong growth. Poland and Romania should also see significant growth and are more insulated from a Russian downturn. In Poland economic growth is driven by private consumption and investment and this will continue to be the case over the medium term, supported by falling unemployment, wage growth and an up-tick in credit growth. In Romania, expenditure is growing from a low base, which gives plenty of room for growth as the market becomes more sophisticated. Membership of the EU and access to its structural and cohesion funds also provide a boost to these countries.

Spillover Effects in Eastern Europe from a Sharper than Expected Russian Slowdown: 2016 and 2017 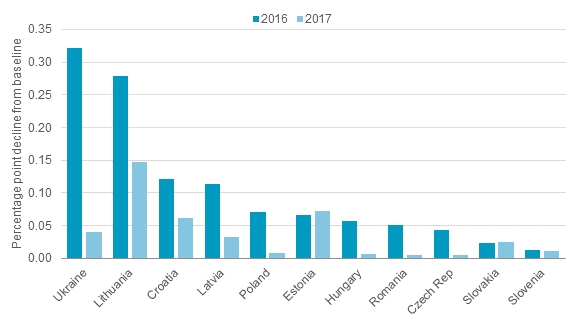 Note: Data refer to the impact on real GDP growth in 2016 of a sharper than expected slowdown in Russia from Q4 2015 with a 1 year ahead net effect of 1.0 percentage point.

Cities as drivers of consumer spending

Despite Brazil’s economic woes, and a sharp slowdown in Rio de Janeiro in particular, there are seven medium-sized cities where growth of consumer expenditure is set to increase by more than 10% in real terms between 2014 and 2019. These seven will see a combined increase in consumer spending of US$9,404 billion in 2014 prices – compared to Rio’s increase of US$2,696 billion in the same period. 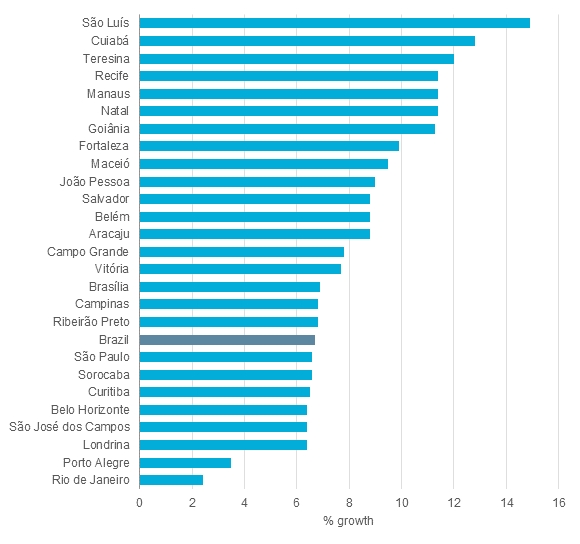 In Japan, consumer expenditure is set to increase by just 2.9% between 2014 and 2019 in real terms. Compare this to Tokyo, where growth is expected to be 4.8%. What is more, Tokyo will account for 76% of the forecast growth in consumer spending in Japan and in dollar terms see the same increase in spending as the whole of Sweden.

Think carefully about which consumer segments will see the strongest growth and the impact that has on consumer demand.

China and India will have broadly similar population levels in 2019, but the composition and trends within that are entirely dissimilar. In China, in 2019 one-in-seven consumers will be aged 65+, in India the corresponding figure will be one-in-sixteen. In India the largest share of the population is aged 0-14, in China it is 45-59. The mass market in China is considerably older than the mass market in India.

In Latin America, income inequality has been a perennial problem. Yet in the forecast period it is the low-income households that are expected to see the strongest income growth, whereas the high income earners will see their income growth squeezed. 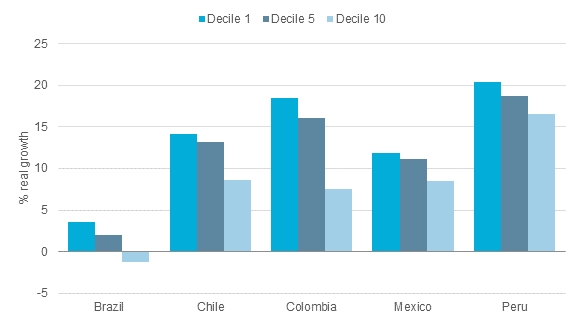 Industries may be stagnating or even declining but there are growth opportunities at the category level for the right products at the right time.

In Australia, retail sales of mass beauty and personal care are set to increase by just 1.9% in real terms between 2014 and 2019, whereas sales of premium products should see stronger growth of 4.9%. Within this there are sharply diverging trends - premium sun care and deodorants will see growth of +20% whereas sales of mass deodorants will actually fall by 1.6%. On the other hand, when it comes to baby and child-specific products the mass market wins hands down, with expected growth of 7.3% between 2014 and 2019. The arrival of premium retailer Sephora in 2014 has shaken up the premium beauty space introducing new brands to the market. 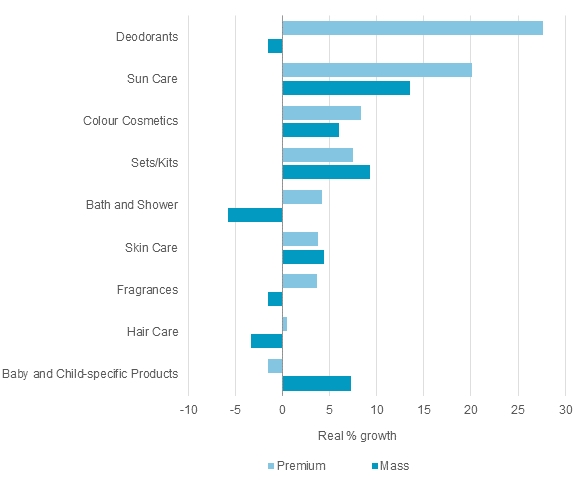 Opportunities are out there across many countries, cities, consumer segments and product categories. The key is to take a nuanced approach and tighten up strategies to focus on the best opportunities for growth in the right countries at the right time. The key to this is a thorough understanding of consumer markets, economies and consumer trends.