Gender neutral toys, which are toys that are not specifically marketed to either boys or girls, are not an entirely new concept in traditional toys and games, but they have recently started garnering a lot of attention from manufacturers and the media. Parents are increasingly troubled by the level of gender differentiation in toys and are worried it fosters an inherent sense of inequality amongst their children and validates numerous harmful stereotypes. This angst by parents has helped to grow interest in gender neutral toys, although the movement is still relatively small.

Have You Noticed Any Retailers in Your Country Adopting Gender Neutrality in Toy Advertisements? 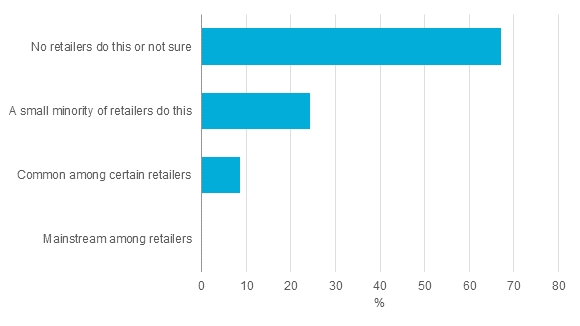 While there is a growing desire for gender neutrality in toys, the movement is mostly coming from highly developed markets, specifically North America. Some of the core reasons why manufacturers have tried to either make their products more gender neutral or shift their marketing to gender neutral tones have come from US initiatives. For example, Hasbro announced that it would release a gender neutral version of the Easy-Bake Oven in black and silver colours in December 2012, in part due to petitioning started by a teenage girl in New Jersey who wanted an Easy-Bake Oven for her little brother to use. In addition, even though gender neutrality is becoming increasingly important in some markets, like the US and Western Europe, there are numerous other areas of the world where gender roles are still an important part of culture. As many toy companies try to develop toys for global launches, this may limit the amount of gender neutral toy development in future.

Although demand is slightly limited on a global level, retailers and manufacturers are still responding to consumer desire for gender neutrality in toys by changing the way they advertise or set up their stores. For example, Target announced in August 2015 that it would be phasing out gender specific displays, signage, and colouring in its toy aisle advertisements due to customer complaints. In addition, Amazon.com announced in May 2015 that it had eliminated the gender taxonomy of toys on its website, meaning that there would be no boys or girls sections. Besides the release of new products that are gender neutral, toy makers are also advertising more to both genders, such as Mattel, which recently received a great deal of attention for its decision to feature a boy in its advertising for Moschino Barbie.

However, these moves do not mean that retailers have completely given up creating aisles devoted to boys or girls’ toys. Target continues to have both a boys and girls section for toys on its online store, and in Euromonitor International’s November Analyst Pulse survey, fewer than 10% of respondents thought gender neutral marketing was common amongst retailers in their market, while 67% were not sure or felt that no retailers in their market used gender neutral toy marketing. Toy manufacturers also largely continue to view their product portfolios based on whether they appeal to girls or boys, evidenced by the large number of major toy manufacturers that continue to report their sales as either girl or boy toy sales in their company financials. Additionally, in order to address parental concerns companies have been looking more to gender balanced portfolios instead of strict gender neutrality. For example, Hasbro has introduced Nerf Rebelle globally, an outdoor and sports toy that is marketed directly at girls, which balances its core Hasbro line aimed at boys. Similarly, Mattel has launched DC Super Hero Girls, an action figure and toy fashion doll line aimed at girls.

Change to help the bottom line

Outcry from parents is not the only thing that is driving some toy manufacturers to change their product line-ups to include more gender neutrality. By moving to more gender neutral products, many companies are hoping to double the audiences of their products and boost sales of brands that need it. This is largely true for both Hasbro’s gender neutral Easy-Bake Oven, as well as Mattel’s move to incorporate a boy in its Barbie advertisements. These products have either been relatively low selling or in decline in recent years, and while adding a new demographic to the consumer base will not completely change things for these brands, it will likely provide added retail sales.

Six ways Chinese brands can move up the value chain

Following significant growth in small appliance sales, driven by home seclusion during the pandemic, major appliance players are looking to capitalise on…