Rapid progress in the affordability and accessibility of technology will reshape the telecom consumer by 2020. Greater broadband Internet penetration in emerging markets such as India will unlock huge demand for online retail and entertainment platforms, while households in developed economies will focus on merging their devices with their environment. A major obstacle to consumer telecom uptake will likely be increasing state interference on the web and globally rising income inequality. 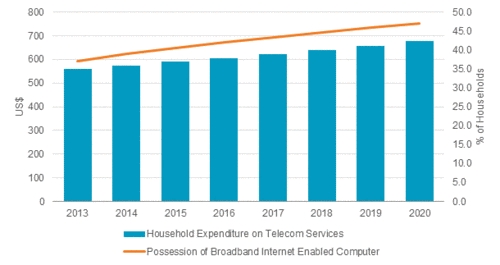 The lack of fixed telecom infrastructure in major emerging markets such as China and Brazil will lead to a leapfrogging effect, where local states implement new wireless technologies faster than their developed counterparts by 2020. Rapidly growing income inequality presents obstacles to optimum uptake, however:

A “smart” consumer lifestyle to enter the mainstream in advanced economies

In 2020, the telecom consumer in a developed market will aim for complete convergence across a number of digital platforms, with many having “smart homes”, households that are equipped with technology to control domestic electronic devices. The primary challenge will be to ensure a rapidly ageing society continues to keep with ICT trends:

Implications for businesses and governments

As telecom consumer profiles shift by 2020, businesses will face growing opportunities as well as challenges, while economies will have to adapt to the conditions of a more digital environment: 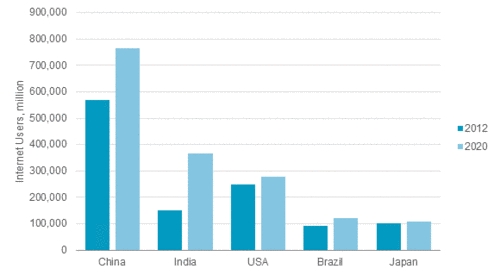 How Affordability is Driving Uptake of Electric Toothbrushes in India

Consumer electronics continues its growth as the world transits into the New Normal. Retail value sales are projected to register a 4% CAGR over the forecast…

The Future of Automated Kitchens

Where Consumers Shop for Consumer Appliances

The shift to e-commerce continues in consumer appliances. E-commerce platforms see appliances as a growth opportunity, while consumers like the convenience.…