Emerging markets may have been getting bad press in recent times but the factors that have underpinned their growth are still real. No one can deny a slowdown is occurring, but the situation is more nuanced than that and commercial opportunities exist today and will continue to do so in the future.

The past: A predictor of the future?

Since 1980, emerging and developing economies have increased their GDP by over 300% in real terms. Compare this to 150% in the USA and 77% in Germany.  It’s true that growth has slowed considerably since its China-driven peak of 2007, and between 2015 and 2030 the pace will undoubtedly slow further, but nevertheless emerging and developing economies will still contribute more than 65% of global economic growth between 2015 and 2030. 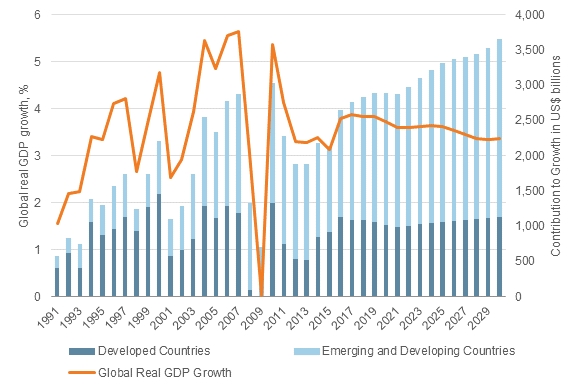 What’s important in the coming years is to learn to differentiate. Quite apart from debates over its value, the term “emerging markets” is not shorthand for doom and gloom or for that matter, boom. It is important to look below the surface in at least three different ways:

The current cyclical downturn ignores some good performances. For instance, Bangladesh, where growth has exceeded 5% every year since 2003; the Philippines which has seen solid growth driven by private consumption and investment; and Cambodia which has averaged growth of 7.0% per annum since 2010.

Countries with robust fundamentals or reform programmes in place are in a stronger position than those without; as are those with less exposure to external shocks. Significant international reserves for example will insulate against capital flight and falling export income. 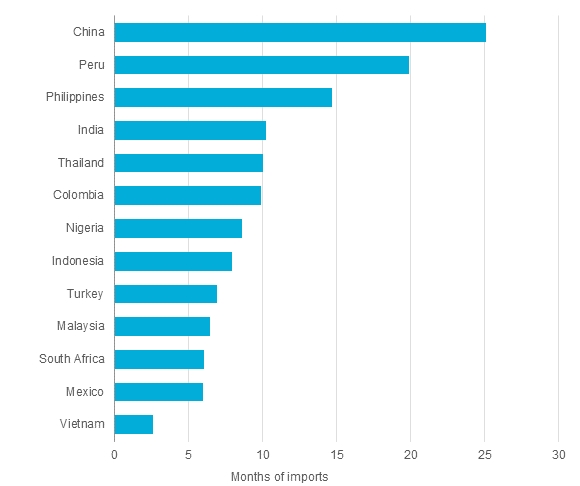 Country-level data misses vital trends too. At city level there are winners and losers. For instance take Turkey. The Turkish economy has suffered from weak consumer spending, an over-reliance on short-term capital inflows and high unemployment. Its 16 largest cities accounted for two in every three dollars spent nationally in 2014 and cities such as Antalya, Kayseri and Urfa are seeing much stronger growth than the national average. Planning at the city level is vital in an era of uncertain growth.

Real Growth of Consumer Expenditure in Turkey and its Major Cities: 2015 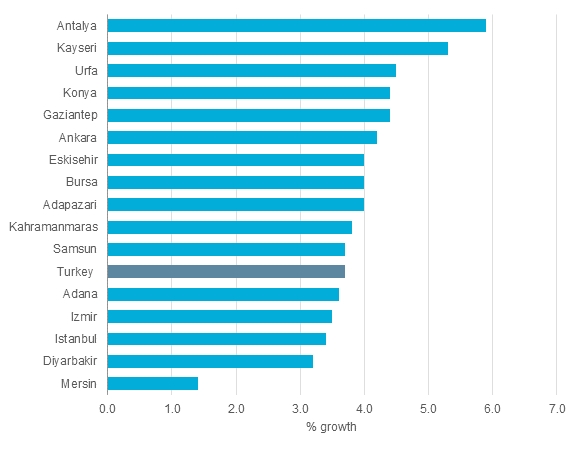 As well as differentiating geographically, it’s important to look beneath headline growth figures at specific consumer segments. Since economic growth peaked in China in 2010, sales of luxury goods may have slowed, but the market for more everyday categories is continuing to see strong growth. 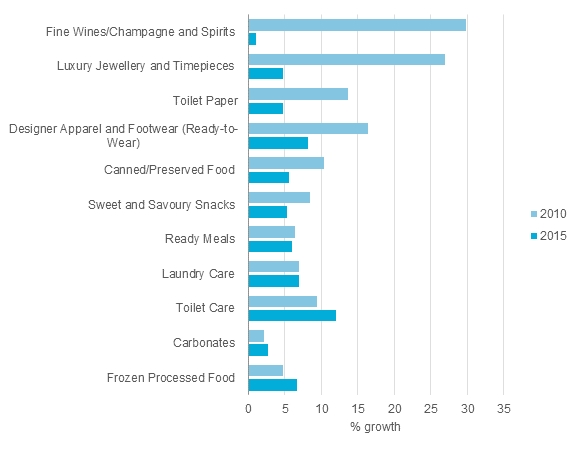 The middle class in many emerging markets is expected to continue to see strong growth. A middle class income is an indicator of sufficient spending power to consume non-essential goods and for many companies this segment is considered to be their mainstream target consumer. In the 53 markets for which we have data, the number of households with a disposable income over US$10,000 (in 2014 prices) will increase by 176 million between 2014 and 2030, and the increase for those with an income over US$25,000 will be 87 million. Meanwhile in Africa, despite strong economic growth and a growing middle class, the base of the pyramid remains a crucial segment. Although individual spending power in this segment is (necessarily) limited, taken as a whole, it represents a valuable opportunity for local and multinational consumer goods companies.

Too big to fail

Emerging and developing economies are home to 85% of the world’s population and will account for 95% of global population growth to 2030. It would therefore be short-sighted to write these markets off.  Even with real GDP growth averaging 5.1% per year between 2015 and 2030, China will add an additional US$12,094 billion to its economy between now and 2030, twice as much as the USA. Emerging market strategies have always been long-term, current debates over labelling and slowdown should not overlook this.