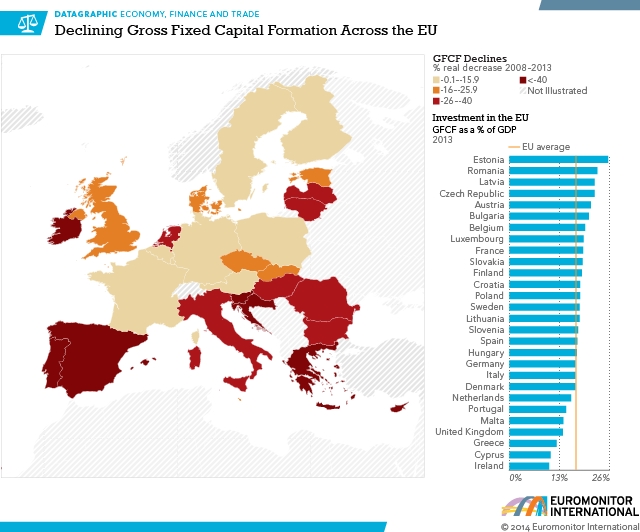 Between 2008 and 2013 Gross Fixed Capital Formation (GFCF) declined in all EU member states. The largest single decline was in Greece, where GFCF was €36 billion less in 2013 than it was in 2008 (in 2013 prices). Yet in terms of importance to GDP, GFCF contributes the least to GDP in Ireland. GFCF, which is a measure of investment, is important as it lays the foundations for future economic growth.