The Birth of Celebrity Magazines 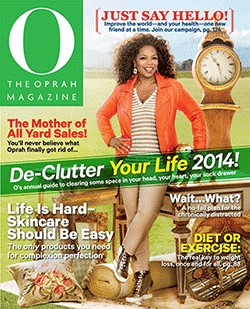 Over the last few decades, celebrities have played an ever more important role in modern culture. For many people, film and TV stars, athletes, pop stars, royal family, culinary experts and business tycoons serve as arbiters of taste, morality and public opinion, and their influence has become greater today than ever before. Indeed, celebrities’ “halo effect” often gives them an aura of trustworthiness that extends beyond their actual expertise.

While fame and celebrity have been around for centuries, some attribute the emergence of modern celebrity culture to the launch of the UK’s Hello! magazine (a sister magazine to Spain’s ¡HOLA!) in the late 1980s. At the time, Western economies were booming, Generation X was entering the workforce and British consumers were encouraged by their prime minister Margaret Thatcher to aspire to a wealthier and more self-centric lifestyle. Hello! offered a glimpse into the lives of the rich and famous, representing a welcome alternative to the traditional magazines focusing on the family and home. 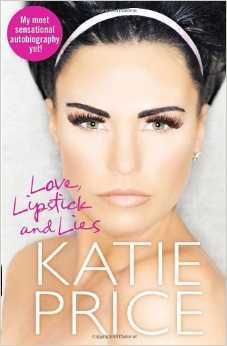 The launch of US music channel MTV in the early 1980s glamorised pop stars and marked the start of the era of image over content. The 1990s saw the emergence of reality TV, with series such as Survivor and Big Brother, which became global franchises, spawning local versions all over the world. This brought a host of new celebrities, many of them local to individual markets. MTV itself switched to a reality format in the early 2000s, making talent no longer requisite for fame.

UK glamour model Katie Price (aka Jordan) is the ultimate example of a celebrity who built her fortune from appearing in magazines and on her own reality TV show. Several socialites, or children of famous parents, have also increased their fame after appearing on reality TV shows, such as Paris Hilton, Kelly Osbourne and the Kardashian family.

While reality TV shows are still producing new celebrities each day, self-promotion has also increasingly moved to the online arena. When Twitter emerged in 2006, the celebrities turned to this channel to publicise themselves, giving followers a more direct sense of connection to their idols.

The Emergence of the DIY Celebrity

The internet era has also brought another new trend: that of the self-made celebrity. The phenomenal growth of social networking has seen established stars compete with a growing number of people who have made a name for themselves on video-sharing websites – sometimes without any discernible talent.

Many would-be stars gather huge followings by showcasing their skills on websites such as YouTube, some with enormous success. Justin Bieber famously made his debut on YouTube when his video was discovered in 2008 by American talent manager Scooter Braun. South Korean star Psy, with his viral Gangnam Style video, was an overnight success and immediately received many endorsement deals, from noodles and alcohol to fridges.

Some quite bizarre trends are also popping up on video sharing websites, leading to unlikely celebrities. For example, in South Korea, a craze for “gastronomic voyeurism” has emerged, with some 3,500 people running live eating blogs. It was reported in 2014 that South Korean Park Seoyeon (known as The Diva), earns £5,600 per month from advertising and donations in local online currency for live-streaming herself eating huge and elaborate meals in her Seoul flat, with thousands of fans logging in daily.