In October 2015 The Priceline Group announced that its OTA (online travel agency) brands will join TripAdvisor’s Instant Booking programme. This decision was quite surprising considering the resistance so far from the leading OTAs to this new functionality, which positions TripAdvisor as a competitive booking channel for hotels.

This unexpected development has a number of important implications for the future of the travel industry. On the one hand, it shows that major OTAs may be increasingly willing to partner with companies offering hybrid booking/advertising platforms, such as TripAdvisor’s Instant Booking and Book on Google, which can generate the online traffic to fuel their competitive advantage over hotels’ direct bookings. On the other hand, recognising the power these technology companies have in the travel space, OTAs are accepting sharing their hotel commissions with them.

TripAdvisor, and in the near future Google and the leading metasearch engines, are the main winners from this important development. OTAs, on the other hand, appear able to continue to benefit from a large share of the traffic generated by these technology players, which was a key component of their successful business model so far. Finally, hotel companies, while benefitting from increasing tourist flows and expenditure globally, and also from the revenues generated by bookings through OTAs and advertising platforms, may suffer from the strong partnership between OTAs and technology players, such as TripAdvisor, Google and the metasearch engines, in terms of the significant commissions they need to pay to them.

TripAdvisor launched the Instant Booking functionality in the US in June 2014, with the aim of better monetising the huge traffic generated by its travel sites. Instant Booking is based on a hybrid model between the OTA and media models and allows consumers to complete the transaction on TripAdvisor’s sites, without being redirected to external sites, which is especially convenient when using mobile devices. In September 2015 Instant Booking was also launched in the UK and the company aims to implement it globally over the next few years.

The choice of this hybrid model totally makes sense from TripAdvisor’s perspective as it allows the company to strengthen its business model in terms of monetisation of its web traffic without becoming an OTA. In fact, becoming an OTA would have meant for the company to enter into direct competition with its best customers and also to significantly increase its involvement with travel suppliers to acquire and manage inventory for bookings, and with hotel guests to provide them with customer service, areas which are not part of the company’s core business. 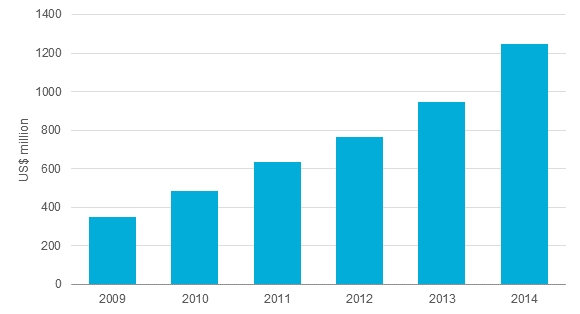 Hotel companies were initially cautious in embracing this new tool, with Accor, Best Western and Choice Hotels being the only chains joining it initially. From June 2015, however, more major hotel chains joined the programme, including Marriott, Hyatt, Carlson Rezidor Hotels and Wyndham. InterContinental Hotels Group, Hilton and Starwood are among the major hotel chains that haven’t joined Instant Booking yet.

On the other hand, the position of OTAs, and in particular of the Big Two, Expedia Inc and The Priceline Group, had so far been very sceptical.

Behind this scepticism there was, in the first place, the concern that consumers using Instant Booking would have perceived TripAdvisor as the company through which they were booking and would have therefore developed loyalty to this channel, seeing it as the place to go for hotel comparisons and bookings, instead of OTAs.

Another reason concerned the need to pay significant commissions on bookings generated through this tool, affecting margins, with cost per booking especially high if an Instant Booking lead is considered less likely to generate a repeat customer and develop loyalty to the OTA, considering the possibility the consumer develops loyalty to TripAdvisor for hotel bookings instead.

Finally, the need to share customer data with TripAdvisor was also a negative element, considering the importance this data will increasingly have in the upcoming era of personalised marketing.

Priceline Group-Instant Booking deal – the possible reasons behind it

The decision by The Priceline Group to join Instant Booking is a defining moment for this new booking platform. Following this deal over 400,000 hotels included in the portfolio of The Priceline Group will be added to Instant Booking’s offer, also including hotel chains not joining the programme. This decision is also likely to push other major companies, including both OTAs and hotel chains, to join the programme. As a result, TripAdvisor shares gained 25% after the deal was announced.

In order to achieve this result there is no doubt TripAdvisor had to go through long negotiations, making concessions and giving assurance to The Priceline Group on the areas that were especially concerning for the OTA giant.

Another key aspect, which was certainly also part of the negotiations, and the details of which were not revealed, concerns the amount of the commissions The Priceline Group will have to pay on bookings generated through Instant Booking, which will no doubt be significantly lower than the standard 12-15% commissions paid by independent hotels.

Strategic implications of the deal

The deal that saw The Priceline Group joining Instant Booking has a number of significant strategic implications.

The second strategic implication concerns the desire of The Priceline Group not to leave the Instant Booking channel to hotel companies, which were increasingly joining it, as, considering TripAdvisor’s strength, this would have significantly favoured direct hotel bookings over indirect OTA bookings. This appears to be a general strategy that is likely to be replicated on other hybrid booking channels, including Book on Google and the possible future hybrid metasearch players.

The next expected developments

The first development expected to be generated by this deal concerns the possibility of more major travel players joining Instant Booking, including the hotel chains that haven’t joined it yet, and the main OTAs. It is likely at this point that Expedia will also reconsider its position as it can’t leave the advantages of using this powerful generator of leads to its main competitor, The Priceline Group, also considering that, at this point, Instant Booking has already got a vast inventory of hotels and it is therefore too late to try to stop its expansion. Obviously, Expedia would require conditions and assurances similar to the ones offered to The Priceline Group to join the programme.

A second major expected development concerns Book on Google, a hybrid hotel booking/advertising model adopted by Google and very similar to Instant Booking. It is very likely that in the next few months and years we will see a strong development of this functionality and its vast adoption by both hotel companies and OTAs. Moreover, travel metasearch companies are also expected to develop hybrid models in the next few years similar to Instant Booking and Book on Google, which could also prove successful with hotel chains and OTAs. Trivago, the leading hotel metasearch company, owned by Expedia, has announced in the beginning of November 2015 the launch in Germany of its Express Booking functionality.

Some final considerations concern the possibility of further consolidation in the travel space. TripAdvisor is a very large company today with a market capitalisation of US$11 billion at the time of writing this article. For this reason it would not be an easy acquisition for any other company, however, given its increasingly strategic positioning in the lucrative online travel space it might attract the interest of companies such as The Priceline Group and Google.