The recently released Top 100 City Destinations 2018 ranking shows once again that the draw of cities is undeniable, and to many irresistible. The last 100 years has seen remarkable change in attitudes to city life. In 1900, only 15% of the world’s population resided in cities. 2008 was the tipping point with more people living in urban areas than not. Today, there are 33 megacities—cities with more than 10 million inhabitants —and a further six will be added by 2030. Between now and 2030 we will see an additional 1 billion urbanites.

Having these major urbanised areas means a changing understanding of space, and how we share space, as well as changing expectations of access to goods, services, transportation and international connections. With the megacities cities accounting for 15% of total GDP, business will increasingly be concentrated in these centres, which will also boost and concentrate business travel. 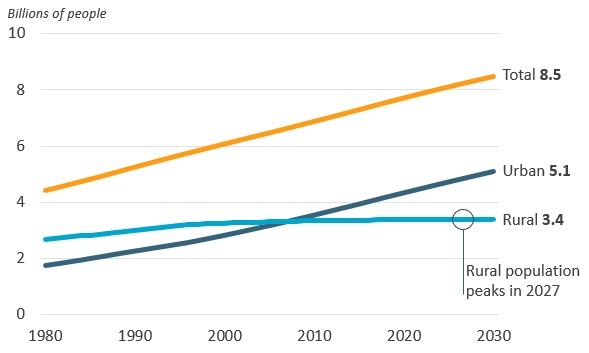 With cities growing, they are not only becoming more important for business and residents, but also as travel destinations. In line with the growth of populations and megacities in Asia Pacific, the region is heavily represented in the top echelons of the City Destinations ranking. Six of the top 10 cities in this year’s ranking are located in Asia Pacific, with three cities in the recently conceived Greater Bay Area represented: Hong Kong, Macau and Shenzhen. By 2030, the Greater Bay Area will have about 62 million residents and a GDP at the same level as Brazil.

The strong performance of Asian cities is largely based on a strong increase in Chinese outbound travellers. Countries like India, Indonesia, Philippines and Malaysia will also show strong growth, albeit from a much smaller base. With 80% of arrivals into Asia stemming from the region itself, it is clear that intra-regional travel is very important.

Other stalwarts present in the top 10 are London, Paris, New York and Dubai.

Paris had a bumper-year in 2017, after a disappointing 2016 due to terrorist attacks. The city is also hoping that Brexit might result in more businesses and visitors choosing Paris over London as a destination.

The city of New York launched a marketing campaign, dubbed “New York City – Welcoming the World”, to highlight the city’s openness to international visitors amidst concerns over travel restrictions imposed by the Trump administration. This seems to have paid off, as arrivals to the city were some of the highest in the US.

Meanwhile, the Dubai tourism board hopes to welcome 20 million visitors to the city state by 2020. To achieve this it will need to see an annual average growth of 8.2% between now and 2020. This is slightly higher than the 7.6% average growth the city has achieved over the past 5 years, but certainly doable as the city continues to innovate and to diversify its offering as it is gearing up to host the Expo 2020.

To gain insight into the most popular cities across the world, download the full report ‘Top 100 City Destinations 2018’.

Trends and Outlook for BNPL

Buy now, pay later (BNPL) lending has rapidly become one of the more popular lending formats in recent years. Instalment billing is growing, with a variety of…