Euromonitor International has identified India, Nigeria, China, Indonesia and South Africa as the top five bottom of the pyramid (BOP) markets. This selection was based on the evaluation of the BOP in total number of adults living on an annual disposable income below US$5,000 (on a purchasing power parity, PPP, basis) and a net wealth of less than US$10,000 (PPP), and also as a share of the adult population. Although these top five markets all have in common a substantial consumer base at the bottom of the pyramid, each is unique in terms of BOP consumer spending pattern, market potential and future forecast. In-depth insights into the key BOP markets can help companies and corporations seeking to target low-income consumers achieve long-term success.

2. Nigeria: The BOP is a substantial but very challenging market

Nigeria is one of the most important BOP markets, thanks to its large size in both proportional and absolute terms. As the country’s BOP is not set to shrink through to 2030, companies can adopt a stable, long-term BOP strategy. 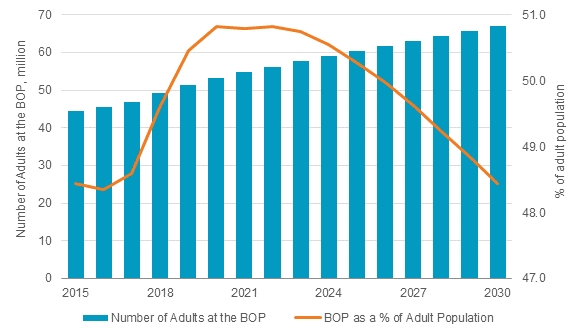 Yet, doing business at Nigeria’s BOP is full of challenges: 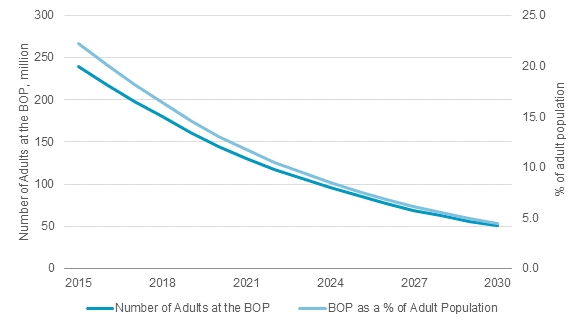 4. Indonesia: BOP is of strategic importance due to rising inequality

5. South Africa: Alcohol and tobacco spending is higher than housing

For companies seeking to tap South Africa’s BOP, it is worth noting that low-income consumers in the country spend more on alcoholic beverages and tobacco than on the essential category of housing. In 2015, while housing accounted for 9.3% of total consumer expenditure, alcoholic beverage and tobacco absorbed as much as 11.2%. This points to a huge opportunity for businesses to attract low-income consumers away from illicit unsafe alcohol and tobacco (as they are frequently contaminated with harmful substances) towards low-cost safe products. 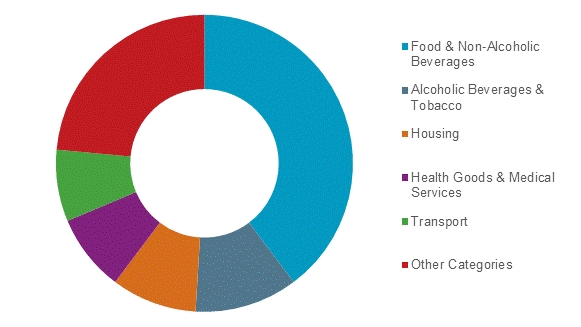 Compared to the other top BOP markets, South Africa’s bottom of the pyramid is not substantial in absolute terms. In 2015, the number of adults living at the BOP stood at only 11.2 million, but as this represented nearly a third of the country’s adult population, the BOP represents a strategic market for companies doing business in South Africa. In 2030, 9.1 million adults – the equivalent of 22.6% of the adult population – are expected to remain at the BOP in the country.

For the full Strategy Briefing Unlocking Potential at the Bottom of the Pyramid in Emerging Markets, click here.