Euromonitor International has identified the top five markets globally by the fastest growth in unemployed household heads to 2030. They are Qatar, Pakistan, Cameroon, Bahrain and Hong Kong. Unemployment affects these countries to various degrees, with wide-ranging impacts on consumption and earning capability. Factors like population growth, large rural markets, political instability, industry automation, and under-education can drive joblessness among household heads, accelerating existing pressures on state mechanisms. The impact of unemployment on a household head is particularly damaging as it places the entire household into a vulnerable state. This article is part of a series that will highlight key trends from Euromonitor’s Households in 2030 strategy briefing.

Qatar has one of the lowest unemployment rates among its household heads globally, with only 0.3% of household heads unemployed in 2016. The country has a large proportion of foreign citizens, and they must be tied to a job in order to remain in Qatar. Unemployment among immigrant household heads is therefore not a major issue. Through its long-held “Qatarisation” programme, the local government aims to gainfully employ most of the populace, which receives generous social benefits without necessarily having to work. Nonetheless, Qatar will see the largest increase in unemployed household heads over 2017-2030 (86.5%), as the government will struggle to expand job opportunities for a rapidly growing population. Whether Qatar will still be able to provide expensive welfare to its citizens in this scenario (and with declining gas prices hitting the gas-dependent economy), remains to be seen. 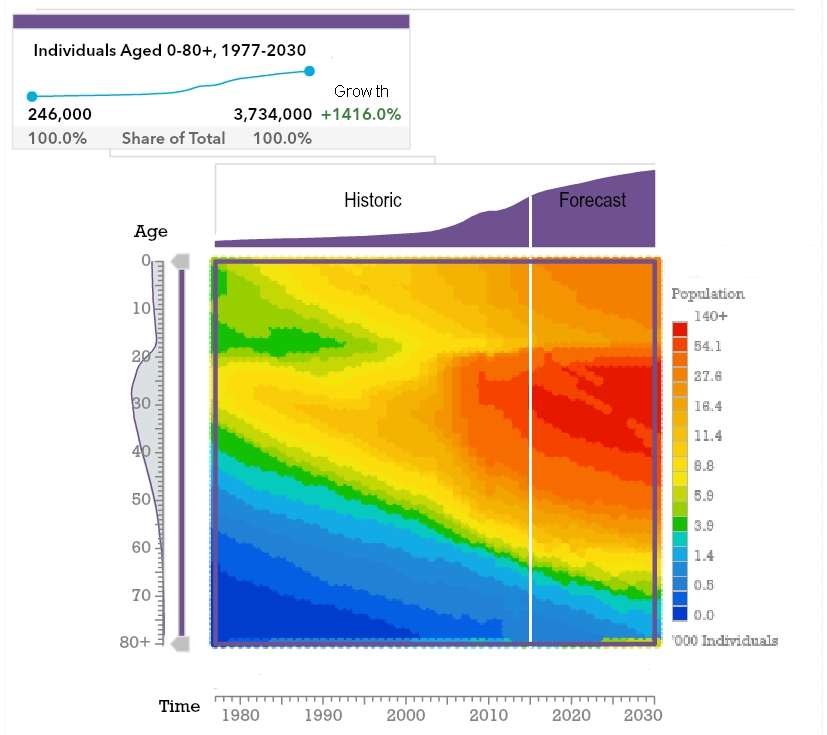 Unlike Qatar, Pakistan has a large unemployed population. In 2016, almost 8.0% of local household heads were unemployed. Political instability, regional violence and a large rural population combine to create obstacles to employment. According to national statistics, around a third of the country’s youth is uneducated and has no vocational skills. While the government has prioritised eliminating the twin challenges of poverty and unemployment, a large population and high birth rates provide major obstacles going forward. Over 2017-2030, the number of unemployed household heads will expand by 47.1%.

The Cameroonian market continues to make strides but the country remains a frontier economy, with weak corporate infrastructure and limited state support for the unemployed. Joblessness for a household head therefore places the entire home close to the poverty line. The country will see an increase of 40.7% in unemployed household heads over 2017-2030. As with many African economies, youth unemployment is a major problem. This segment of the population is large and many have their own households at a young age due to limited parental capability to feed extra heads. Officially, household head unemployment only stood at 6.2% of all households in Cameroon in 2016, but this figure is unrepresentative since many Cameroonians list themselves as self-employed due to low-pay activities such as farming.

While Bahrain shares many characteristics with fellow Middle Eastern economy Qatar (rapidly expanding population, large proportion of foreign citizens), the unemployment situation is vastly different. Without a strong backbone of petrodollars, Bahrainis do not receive the same artificially created employment opportunities or welfare packages. The unemployment situation in the island state is more akin to Saudi Arabia and Oman, than the UAE and Qatar. Bahrain’s problems during the Arab Spring and subsequent troubles along religious lines have emanated from weak job prospects for locals and a high level of income inequality. The number of unemployed household heads is set to rise by 39.1% over 2017-2030 in Bahrain, the fourth highest rate globally.

The city state of Hong Kong has experienced relatively stable unemployment rates over the last few years, but as one of the most expensive countries in the world the competition for jobs is intense. Some 2.0% of household heads were unemployed in 2016. As a fairly advanced economy, one of the factors set to drive unemployment among household heads in Hong Kong going forward is widespread adoption of artificial intelligence and robotics, which will accelerate automation in virtually all industries. According to a survey released by business services company Accenture in early 2017, seven in 10 consumers globally are happy to exclusively use computer-generated, robo-advisory services for their retail banking, insurance and retirement planning needs in the future. Over the 2017-2030 period, the number of unemployed household heads is set to rise by 38.3% in Hong Kong.

The New Era of Consumerism

In-Destination Experiences and Attractions Ripe for a Shake-Up