Overnight, absence of evidence has become evidence of absence. In the immediate aftermath of Brexit, there was little evidence that anything had actually happened; some consumers and newspapers said “I told you so”. Now, however, Tesco has delisted Unilever’s products after the manufacturer – Tesco’s leading supplier – requested a 10% price increase across its iconic FMCG brands. It now appears, then, that the most visible sign of Brexit to date will be the invisibility of the likes of Marmite, Magnum and Hellmann’s on supermarket aisles.

Despite the he-said-she-said nature of the spat between the retailer and manufacturer, Brexit is simply the trigger for an issue that has been developing between retailers and manufacturers for a number of years in the UK and elsewhere in Europe. With the rise of discounters such as Aldi and Lidl in the UK, Netherlands and France, leading retailers such as Tesco, Jumbo and Carrefour have sought to compete on price with their low-budget rivals wherever possible. Raising prices has become anathema. Consequently, this sacrifice by retailers has squeezed profits for manufacturers, too.

Who needs to blink first?

Delisting has been common in the UK and elsewhere, with Ferrero being delisted by Jumbo in the Netherlands, and Tesco ceasing to stock packaged bread brand Kingsmill in 2015. The difference here is one of scale. Within food, Unilever has a 32% share of all the UK’s ice cream and frozen dessert sales, 21% of all table sauces sales and 19% of butter and margarine sales. Unilever’s food sales alone total $2 billion in the UK. Brands such as Hellmann’s, Ben & Jerry’s, Magnum and Marmite are iconic and, potentially, products that get consumers in to stores. Unilever will be hoping to use these brands – as well as its home care and beauty products - as a bargaining chip. 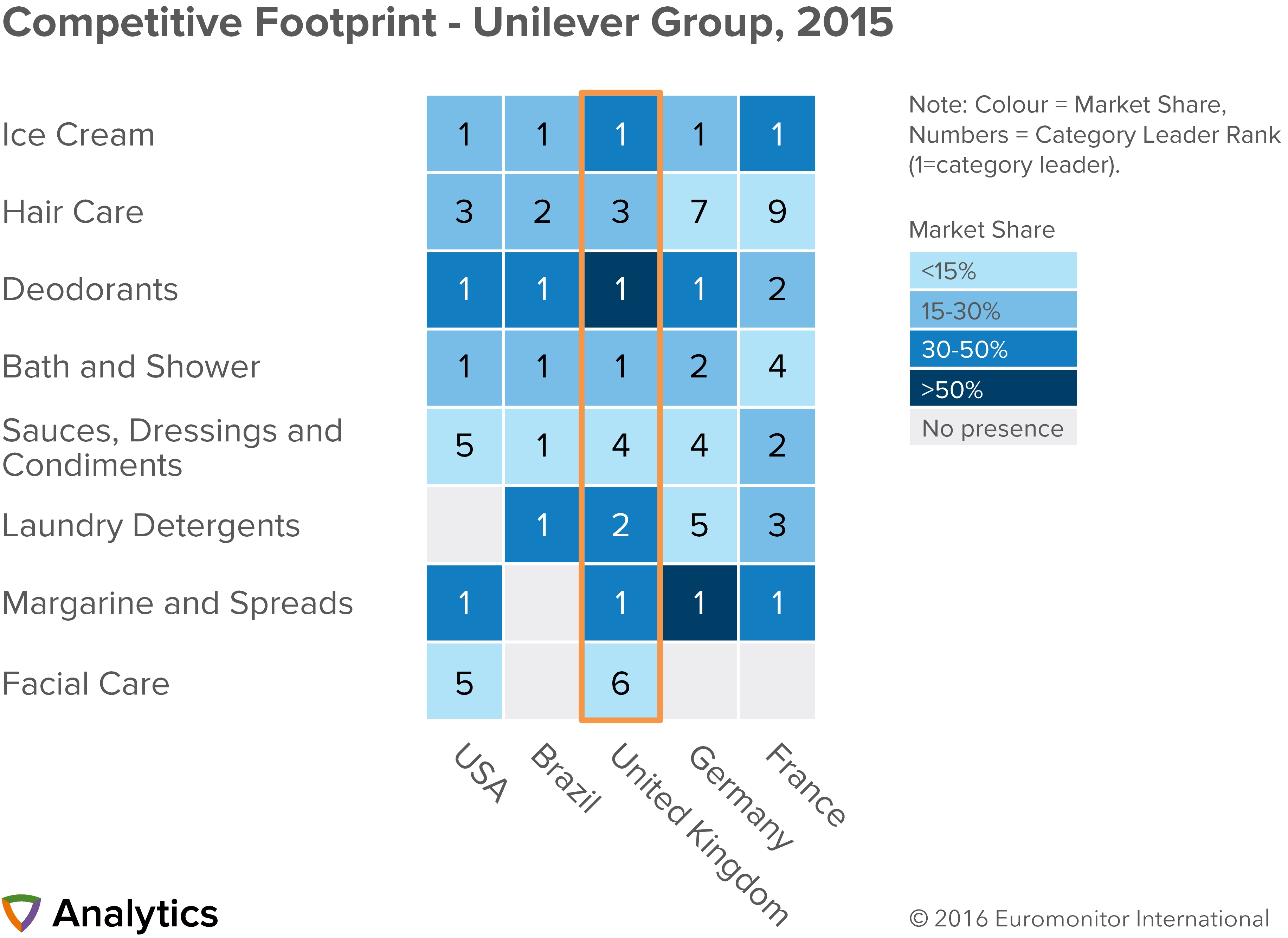 Tesco’s position is also strong - at 12%, it is the largest store-based retailer in the UK, and accounts for 22% of all grocery retail sales. Yet Unilever has reportedly also proposed a 10% price hike to other leading UK retailers, such as Sainsbury’s. Being delisted from all the leading UK retailers issimply not an option for the company; at the same time, the brands listed above are extremely well known, and their withdrawal will inconvenience customers. Suspending sales of Unilever’s frozen food brands will be noticeable in frozen food aisles.

Unilever will not be a one-off for high profile companies

Unilever’s Brexit-related grievance is also legitimate given that the company reports in Euros, and so the weakening of the pound has been acutely felt by the Anglo-Dutch company. Yet, as stated previously, Brexit is simply the trigger. The current pricing strategy at UK retailers is unsustainable for manufacturers. Subsequently, it is likely that this very public falling out is just the beginning. More companies – particularly those who produce or source raw materials from outside the UK – will be expecting retailers to increase prices. This could involve other FMCG titans such as Mondelez and Pepsi, as well as non-food companies such as Procter & Gamble. If raw material costs increase, this will affect products made within the UK, including the likes of Nestlé.

For some time, retailers have held the power in relationships with manufacturers – private label market share has grown and pricing difficulties have only affected specific products (such as chocolate) and specific manufacturers (Mondelez and Ferrero). Yet the effects of Brexit have the potential to hit manufacturers across the board. Compromise solutions will have to be met; whatever solutions those are, they are likely to be unpopular with shoppers.