The world is now focusing on the third largest economy in Western Europe (in GDP US$ terms) in 2015, which is gearing up for its next national elections to be held in April and May 2017. Recent political events in major developed economies clearly reflect the presence of an inclination towards a far-right political ideology. In line with this, two of France’s strongest contenders for President are either centre-right (François Fillon of the conservative Republican Party) or far-right (Marine Le Pen from the National Front (FN) party). A win for any of the right wing parties will have far reaching consequences for the French business environment, owing to potential anti-immigrant and anti-European Union (EU) policies, an increase in the rigidity of the labour market and a fall in investor confidence.

The labour market in France is rigid, making hiring and firing as well as setting of wages difficult. Further exacerbating the challenges faced by the French labour market are the shortages of skills, with 30.0% of the nation’s employers who participated in the ManpowerGroup Talent Shortage Survey 2015 reporting difficulty in finding adequately skilled workers, a figure much higher than the UK’s 14.0%. Furthermore, French youth do not prefer obtaining vocational education training (VET) courses, which offer more practical and ‘on-the-job’ approach to employment, owing to its less glamorous image as well as relatively lower wages post-VET education. Hence, skills shortages are more predominant in sectors such as manufacturing, requiring, on an average, less skilled labour. Another major challenge for France comes in the form of rising health, social security as well as welfare spending, given that the nation’s old-age dependency ratio is expected to be 38.7% in 2030, meaning every 100 working age French will have 38.7 elderly people to care for, higher than 29.4% in 2015. This is a potential economic issue given that the nation is already riddled with a high level of budget deficit and deteriorating public finances. Adding to this is the rising momentum of ‘Eurosceptic’ ideology in the EU, with France being no exception, creating uncertainty in the EU as a whole in terms of foreign investment. 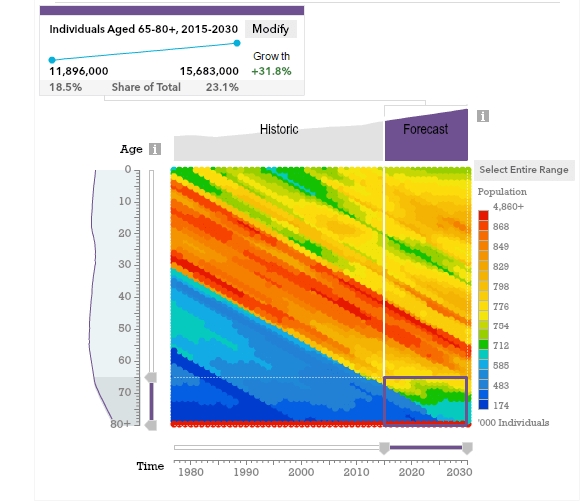 Right-wing policies can make the French labour market more rigid, as restrictions on immigration can affect this market in two ways. First, given that foreign workers are more willing to take up low-skilled jobs not preferred by the locals, such immigration restrictions can affect the hiring of foreign labour that the country needs for its manufacturing sector. This will significantly worsen the problem of skills shortages, and make it even harder for firms to operate in France, where the shortage is even more acute. Secondly, ageing population will lead to worsening public finances. If the flow of immigrants, which majorly belong to the 18-24 year group (trade sources), is restricted, France would lose out on more young workers, who would have eventually helped ease out the social security burden faced by French youth in the future. In addition, if the newly elected French President in 2017 has a strong ‘Eurosceptic’ vision, there might be a spike in uncertainty among investors. Not only will foreign direct investment (FDI) be potentially held off until the election results are declared, but the euro could also depreciate, causing French as well as EU investments to not be as attractive as before the elections. This clearly signifies that France is entering a new realm of economic uncertainty owing to the strong presence of such right-wing political ideology.