Apple Inc is expected to launch the iPhone SE at its upcoming press event on 21 March. At 4 inches, the phone is a smaller variant of its iPhone 6s and 6s Plus and will come with a similar design to its larger screen counterparts. In terms of price points, it is rumoured to be around US$400 to US$500 without contract, which comes in slightly lower than the iPhone 5s, its current entry level iPhone. 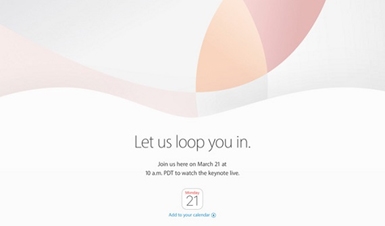 Curbing the slowdown in smartphone sales

As Apple braces itself for a possible decline in iPhone unit sales in Q1 2016, the company hopes that its upcoming iPhone SE will cushion the slowdown in sales and provide some relief ahead of the major iPhone refresh in September. The iPhone SE is targeted primarily at two key consumer segments – consumers who prefer a 4-inch smartphone and middle-income consumers in emerging markets.

The launch of the larger screen iPhone 6 Plus was particularly instrumental in driving unit sales for Apple, particularly in Asia Pacific. However, at Apple’s recent earnings call in January 2016, Apple CEO, Tim Cook noted that 60% of its iPhone users before September 2014 have yet to upgrade to the larger screen iPhones which was the period when they were first launched. This represents a significant pool of consumers which Apple can tap into to drive sales. While this can in part be attributed to the lengthening replacement cycle of smartphones, a possible reason could also be an attachment towards the smaller form factor of the older phones which is more comfortable on the hand. The smaller screen size will offer an alternative to users of existing iPhone 5/5s and earlier, who were hesitant to upgrade due to the larger screen size of the iPhone 6s and 6s Plus.

If this model proves to be successful, going forward, it will also be easier for Apple to refresh it without a significant increment in production costs as it essentially replicates most of the specifications in the larger models. With carriers in major markets such as the US removing phone subsidies, the iPhone SE will also provide an option for cost-conscious consumers.

Bringing the iPhone closer to the masses in emerging markets

While Apple was able to grow its presence in emerging markets such as China, it struggled to gain any significant inroads due to its high price points. Even the iPhone 5C was deemed too expensive for the average consumer. Despite its efforts, Apple’s share in key emerging markets failed to exceed the 10% mark in 2015. Price is often cited as a key reason why Apple has struggled to grow its share in emerging markets. The iPhone SE will allow consumers to own an iPhone at a lower price point if they are willing to compromise with a smaller form factor. By launching a smaller screen variant, Apple will also be able to lower the entry level price of its iPhone without compromising on its profit margins and brand value.

Will it be a game changer?

The biggest question pertaining to the iPhone SE is still whether it will be the answer to Apple’s recent struggles in its smartphone sales. While the price is still high for the average consumer in emerging markets, it will allow Apple to broaden its price range to capture the consumers which have slipped through the net due to the high price of the iPhone 6s and 6s Plus. In developed markets, it will be able to appeal to existing iPhone users who were hesitant to upgrade due to the larger screen. While it is unlikely that the iPhone SE will warrant the same impact as the iPhone 6 Plus in terms of volume sales, this is a logical move for the company without a significant increment in production cost and allows it to focus its resources on the upcoming iPhone 7 which will likely be the deciding factor.