This article was originally published in Soft Drinks International.

Over-consumption of sugar remains a leading global cause of obesity, diabetes and tooth decay. South Africa, Argentina and Mexico are the leading markets with at least 50% of total sugar consumed per capita coming from soft drinks. Nevertheless, there has been growing awareness to reduce sugar consumption in recent years. 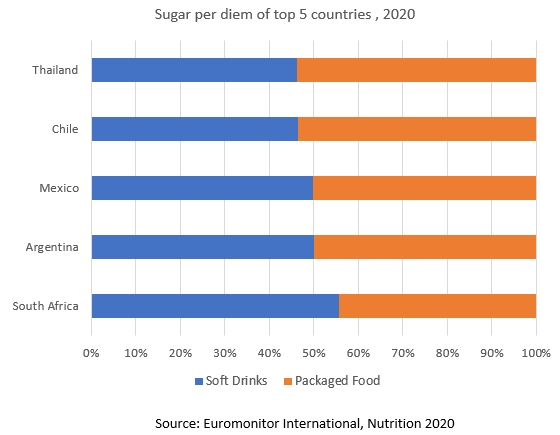 In 2020, total volume consumption of “better for you” reduced sugar soft drinks reached 31.6 billion units; an increase of 3% on 2019. This highlights that consumers are prioritising their health, accelerated by the COVID-19 pandemic and growing health consciousness.

Across all regions, consumption in Western Europe recorded the strongest growth of 8% in 2020. This was driven mainly by markets such as the UK, which recorded a significant increase of 12% due to the impact of the sugar tax since 2018, as well as increasing consumer knowledge about the ill-effects of high sugar consumption. According to Euromonitor International’s Health and Nutrition global survey, almost 52% of global consumers hold the view that lower sugar intake would make them feel healthier and 42% mentioned that they would attempt to limit their intake of refined sugars, with stronger intent generally reported among women and older respondents.

In response to the growing demand for reduced-sugar beverages, and growing government legislation efforts, such as sugar taxes, beverage manufacturers have responded by pushing for reformulation efforts.

Global companies Coca-Cola and PepsiCo have increased their offerings of zero sugar brands, such as Coca-Cola Zero and Pepsi Max, substituting sugar with alternative sweeteners like aspartame and Ace-K, to retain the taste. Meanwhile, Nestlé launched its Pure Life carbonates brand in China which has zero sugar and uses erythritol as a sweetener. 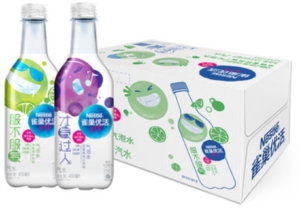 While consumer awareness of reduced sugar beverages is increasing, the taste and texture of these products remain critical to the purchase decision.

As such, reformulating beverages with high sugar content remains a challenging task for manufacturers. Although brands such as Coca-Cola Zero and Pepsi Max were successful reformulations that appeal to consumer tastes, with each recording 50-60% volume growth in Europe over 2014-2019, the process of product reformulation remains complicated.

It goes beyond just removing sugar and substituting it with alternative ingredients and sweeteners. Lengthy trials are conducted to ensure that these sugar substitutes, such as Ace-K, aspartame and erythritol, can maintain the original product’s taste. Companies that are willing and able to invest in research and development, whilst ensuring that it is affordable, are at an advantage in launching these reduced-sugar beverages.

Besides ensuring that a product’s taste appeals to consumers, other factors such as a product’s functionality, affordability as well as its ability to meet government legislation and approval need to be considered for reformulation. This can be supported through government incentives and funding for manufacturers in their product reformulation efforts.

Long-term consumer education remains key to strengthening the appeal of reduced sugar beverages. This includes new marketing initiatives, packaging labeling changes, and price promotions to broaden the appeal of these healthier products. This transparency helps consumers be more open to trying these healthier options, as well as appealing to their taste preferences.  Furthermore, multiple stakeholders such as manufacturers, government and retailers need to collaborate to promote the consumption of low-sugar products.