Altogether, the top 100 cities are expected to grow 7.5% with some cities, such as Jerusalem at nearly 38%—far outstripping that. According to the report, total global arrivals today are around 1.4 billion trips, but this is set to rise rapidly to 2.3 billion trips by 2030. While the extreme growth of individual cities can greatly boost those economies, at the same time, it can lead to overcrowding and discontent amongst locals. This means that issues with overcrowding are set to increase over the coming decade unless destinations get serious about managing this future growth despite their irresistible draw. 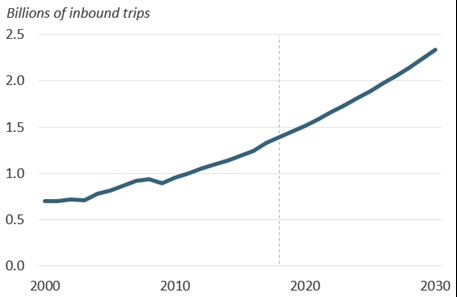 Cities should represent a perfect triangle, where residents, businesses and visitors balance each other out, making the city liveable, loveable and prosperous. In the case of a city like Venice, which has seen a lot of high-profile protests, international visitors are outnumbering inhabitants by almost 20 to 1. The town centre of Venice has turned into an open-air museum, with residents moving away as schools, hospitals and jobs disappear. This is not a sustainable way of managing a city, and the city’s legislators and tourism board are working hard to reverse some of these developments. 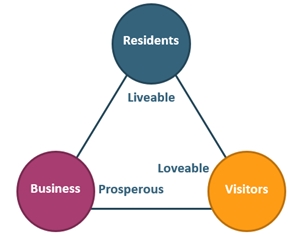 There’s a host of actions that can be taken to alleviate the stresses put on a city by increased numbers of travellers starting with:

Urban planning is one way of alleviating overcrowding and the stresses it brings on residents and the natural and social environment. In Beijing, we’re seeing the government take some drastic steps to improve the liveability of the city. Known for its heavily polluted air and major congestion, Beijing has seen international arrivals falling for a few years now.

In response, the government has decided to move several government departments and hi-tech industry outside the city to a new area called Xiong’an New City to alleviate some of the stresses on Beijing. The new city should also bring a better connection with the port city of Tianjin, therefore boosting future trade.

Another example of city planning to better manage tourism and resident overcrowding can be seen in Barcelona. As part of its Urban Mobility plan, the city implemented “Superblocks”. These are 3x3 squares of nine city blocks designed to divert cars to its perimeter and maximise public space in its interior. The plan is to divide the city into a total of 503 superblocks, which will help reorganise the urban mobility infrastructure, limit car usage and reduce noise contamination.

The number one city in our ranking this year, Hong Kong, China, has been promoting its natural beauty for a number of years now. A recent partnership with National Geographic entitled “One City, Two Perspectives” further highlights how Hong Kong is more than a concrete jungle.

Similarly, in New York, Staten Island is being promoted for its beaches and the new Empire Outlets shopping centre to get more visitors outside Manhattan. Amsterdam, a city struggling with overcrowding, has rebranded nearby beach towns as “Amsterdam Beach” to push more foreign tourists away from the city centre.

Tech can play an important role here. Geotourist is a GPS-based travel app for audio tours curated by experts, providing a personal tour guide in-destination on demand. It not only offers audio tours for users, but it also offers destinations an insight into where visitors go. Through Geotourist destinations can steer this into other directions. The company has worked with several destinations to better disperse visitors.

The response of cities to new businesses in the access economy varies wildly. Players like Uber and Airbnb are showing the potential of these new business models, but while some cities receive them with open arms, others look to ban or curb them. The access economy could be seen both as an instigator or solution to overcrowding in cities. While in Barcelona Airbnb is blamed for increasing the accommodation stock, and therefore bringing more tourists to the city, in other places accommodation availability and transportation infrastructure have greatly improved thanks to these players.

The latest development in urban mobility coming from the west coast of the US is electric scooters. A host of start-up companies like Bird, Skip, Lime, and Skip have filled street corners and pavements with their scooters, and this new form of transportation is now available in over 65 US cities. Scooters are also starting to appear in cities in Asia and Europe. Uber has recently shown interest in acquiring two of the largest players, Bird and Lime, highlighting the potential of this new form of sustainable transportation for future urban mobility. Offering a larger range of transportation options could improve the future accessibility of cities and reduce congestion and pollution.

Finally, a potential solution is to lay more responsibility at the traveller to ensure cities they visit remain liveable and loveable. Amsterdam’s recent Enjoy & Respect campaign provides a great example here. The city has not spent any marketing dollars on attracting visitors since 2015 when a conscious decision was made that the city had enough visitors already. Instead, the tourism board is looking to educate the visitors that do come. The City of Amsterdam's Enjoy & Respect campaign highlights anti-social behaviour, and how perpetrators will be fined: 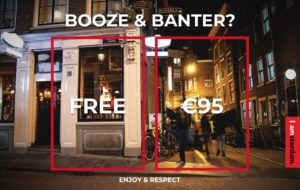 Most cities will look at a combination of these, and other, solutions to improve the sustainability of future visitor growth. While tourism can bring many benefits to cities and its residents, finding best-case solutions from around the world could help cities manage this future growth to ensure cities remain liveable, loveable and prosperous.

Download the Top 100 City Destinations 2018 report to gain insight into the most popular cities across Europe, Asia, Australasia, Americas, the Middle East and Africa.

Travel Recovery: Peak Sales Not Expected to be Recouped until 2024

The hospitality sector is being transformed as a result of the global pandemic, with consumers demanding heightened cleanliness and safety measures,…

Coronavirus (COVID-19) has shaken up the consumer goods, services and payment industries in Sub-Saharan Africa, putting pressure on supply chains and depressing…