The Middle-East region has generated widespread headlines over the last few years, with the Syrian civil war and the influence of the Islamic State of Iraq and the Levant (ISIL)becoming inextricably linked to the refugee crisis. As a result of the regional turmoil and lack of investment, the economies of Lebanon, Jordan and Iraq are seen as challenging and unpredictable markets. Nevertheless, these countries still provide opportunities, primarily due to their rapidly expanding populations and a plethora of fast-moving consumer goods (FMCG) categories still in their infancy.

In a recent white paper, Opportunities for Success in MENA, Euromonitor International identifies several opportunities within these countries, exploring how this distinct market environment promises growth and why businesses should be interested in expanding into this region.

Lebanon’s economy has been considered unpredictable, although the country managed to avoid a violent spill-over from neighbouring Syria’s civil war.  Even so, the influx of refugees weighed heavily on its economy. This significant rise in population provided opportunities for consumer goods industries, particularly those providing staples like dairy, baked goods and shelf-stable vegetables, as well as tobacco products. As these are often deemed essential goods, companies that offered products at affordable prices saw sales rise. 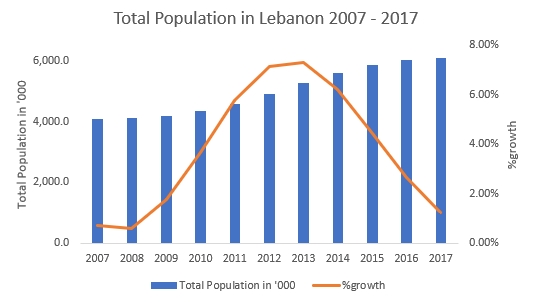 In addition to a large influx of refugees, Jordan’s economy has been characterised by a loss of disposable income among consumers. To generate more state revenue and reduce public debt by 2021, the Jordanian government introduced IMF-guided tax hikes and subsidy cuts throughout 2018, making life for the average Jordanian significantly more expensive. With the price of bread nearly doubling, for example, the purchasing power of many Jordanians is declining, resulting in an increasing number of consumers opting for cheaper brands.

Although the dwindling purchasing power in the country might pose a threat, West Amman continues to provide interesting opportunities for growth. This part of the Jordanian capital is home to affluent consumers who, despite the current economic climate, continue to be interested in keeping up with global consumer trends, which include healthy eating and premium colour cosmetics.

Due to the country’s volatile reputation, along with its recovery from ISIL occupation that left an unregulated market environment, operating in Iraq can be a challenge for international companies. But with a population of 40 million, it’s a market that cannot be ignored, providing the most compelling business opportunities in the Middle East.

With its considerable urbanisation rates and a large young population segment that is increasingly interested in global consumer trends, the country is re-emerging as an attractive destination for international investment. In addition, many of Iraq’s consumer markets remain underdeveloped, with high unmet market potential, resulting in strong forecasted growth.  Markets of interest include consumer health, tissue and hygiene and packaged food.

Despite the turmoil these Levant countries face, Euromonitor identified key strategies for success, which include the importance of local production and the prominence of closely co-operating with local distributors.