A version of this article originally appeared in the online edition of Retail Dive.

Over the course of 2021, a host of companies offering delivery of snacks, toiletries and other typical convenience store fare in as little as 10-30 minutes emerged across major cities in the US. In contrast to Instacart and other hyperlocal delivery services that offer same-day delivery by fulfilling orders from stores operated by legacy retail partners, these ultrafast delivery services operated their own fulfilment centres, commonly referred to as “dark stores.” These dark stores are located close to end consumers, enabling orders to be fulfilled and delivered within a matter of minutes.

The ultrafast delivery players concentrated their focus almost exclusively on urban centres, as these areas boast the necessary logistics infrastructure and population densities to support rapid delivery. New York City emerged as the epicentre of the ultrafast delivery boom, with companies such as Gorillas, Getir, Jokr and Buyk all planting their flags in the metropolis. With their short delivery windows, these services allowed urban consumers to utilise online ordering for something novel: impulse purchasing. Now, consumers can use the internet to obtain groceries and other household essentials almost instantaneously, in much the same way they may have purchased confectionary or a soft drink from a physical grocery store in the past. Convenience store operators and other legacy retailers that were forced to compete directly with these newcomers braced themselves for the coming ultrafast delivery revolution.

Yet, ultrafast delivery has since hit an unexpected speedbump. In December 2021, ultrafast delivery start-up 1520 ceased operations. In March 2022, both Buyk and rival player Fridge No More completely shut down. Meanwhile, Jokr was rumoured to be in talks to sell its operations in New York City after reportedly sustaining massive losses (although Jokr disputes this claim). Also in March, Gopuff – the first mover in the domestic ultrafast delivery space and by far the largest operator in terms of sales and geographic reach within the US – announced plans to make 3% of its global workforce redundant, formally shutting down speculation that it would go public in the near future.

Clearly, the ultrafast delivery industry has failed to sustain the momentum it appeared to gain just a few months prior. Some of the players in the space found themselves in unfortunate circumstances due to unique factors. For example, Buyk and Fridge No More were both supported by venture capital from Russia and were forced to suspend operations in the wake of Russia’s invasion of Ukraine. Yet, there are several other systemic reasons contributing to the overall slowdown in the industry. After two long years of dealing with COVID-19, US society is finally daring to look beyond the pandemic. As a result, a huge segment of the consumer base is eager to return to pre-pandemic shopping behaviour, which often means prioritising visiting bricks-and-mortar stores over making purchases via e-commerce. Some consumers who may have been happy to experiment with a novel type of online retailing just a few months prior may now be more reluctant to do so.

Additionally, with inflation hitting levels not seen in the US in 40 years, consumers who are looking to mitigate price increases on groceries and other household essentials are more hesitant to pay a premium for ultrafast delivery than they would have been the previous year, especially when products can still be easily obtained in person from a convenience store without delivery fees. Most importantly, the fact that none of the ultrafast delivery players are yet profitable in the US is raising further concerns with investors now than it did a year ago, when e-commerce sales were experiencing significant growth. Margins on grocery deliveries are already thin to begin with, and with a darkening outlook for the industry, venture capital has suddenly become more difficult to obtain for many players in the space.

Despite these setbacks, ultrafast delivery is clearly not going away. Due to the pandemic, millions of US consumers are now much more comfortable with on-demand commerce than they were previously, and a significant share of grocery sales that migrated online over the last two years will remain relevant for the foreseeable future. However, the ultrafast delivery landscape will look far different than it did during the heady days of 2021. With many smaller players struggling, there is certain to be consolidation within the industry, which will benefit the larger, more established operators.

Gopuff, especially, appears to be in a strong position. While most of Gopuff’s rivals have concentrated exclusively on large metropolitan markets such as New York and Chicago, Gopuff has a long track record of operating in university towns and other tier-two cities, which gives the company a substantial advantage in smaller metro markets. Indeed, Gopuff’s most significant competition – in the short term – is unlikely to come from Gorillas, Getir, or any other company originating within the ultrafast delivery space, but from DoorDash.

DoorDash emerged as a third party aggregator for foodservice delivery, but has since rapidly expanded its ambitions into other areas of delivery following the pandemic. In 2020, DoorDash launched DashMart, a virtual convenience store that allowed the company to sell its own product inventory for the first time. DashMart operates much like a typical ultrafast delivery service, with orders fulfilled from DoorDash-operated dark stores. Additionally, in 2021, DoorDash announced that it would service DashMart orders in New York City in 15 minutes or less. 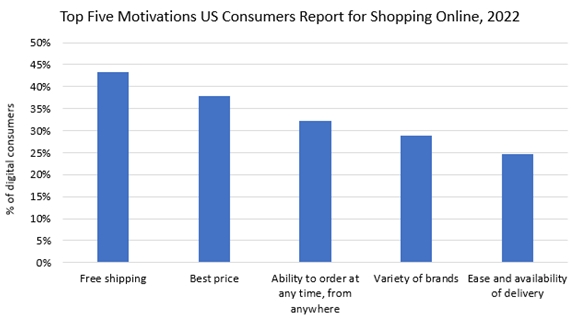 Despite the economic challenges, sustainability remains firmly on the agenda for the long-term success of businesses. It is increasingly important for…