Technology companies have often used professional sports as a sandbox and marketing channel from which to demonstrate and promote emerging products and capabilities. It is unsurprising then, that as the creation of the metaverse quickly became a macro-goal for many tech giants, the sports industry immediately sought to understand what commercial opportunities virtual worlds might bring. Current strategies hinge on engaging and growing global fanbases through the development of compelling content, immersive experiences and the sale of virtual goods.

The appetite from a fan perspective is there, especially amongst younger generations. 44% of gen Z and 50% of millennials are extremely or moderately interested in entering a holistic immersive virtual world, and take part in an experience not repeatable in real life (Euromonitor’s Digital Consumer Survey 2022). While there is a sizeable and vocal community of critics that question almost everything about the topic, many sports properties are willing to position themselves at the coalface in order to capitalise ahead of competitors.

In professional sports, winning the attention of the next generation of fans is crucial, a challenge that is forever growing due to content saturation and a fragmented media landscape. In Europe, Premier League football team Manchester City FC and Sony are working towards building a digital twin of the team’s Etihad Stadium. All indications suggest that this will be a virtual hub for global fans to congregate, engage and consume content at a level that could not be achieved by a single physical stadium. The average Manchester City game draws in around 54,130 fans per game, a tiny (yet hugely important) fragment of the 107 million followers the team has online. Bridging the gap between local and global fans will have greater possibilities than allowed with the capability of current social media platforms. 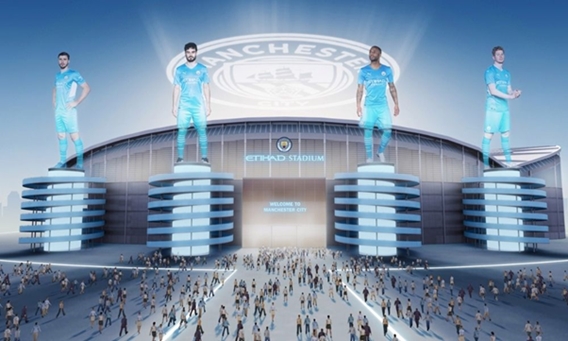 In a similar vein, Serie A has also relied on the metaverse to tap into new regions – becoming the first major European football league to broadcast a live match in the metaverse. AC Milan’s 1-0 win over Fiorentina was hosted on The Nemesis platform in the Middle East and North Africa (MENA) region, a strategic growth market for the league. In US sports there are similar initiatives. Meta's (previously Facebook) Oculus VR headset allows fans to join live VR broadcasts on Fox Sports, where they can enter their own VIP stadium suite to watch live events in virtual reality. In recent years, innovation in broadcasting has been synonymous with digital streaming. Initial ventures into the sports broadcasting metaverse will explore how virtual environments can connect streaming capabilities with fan communities in more engaging ways.

Brands that are deploying their own metaverse initiatives might be more likely to double down on their sports investments. HSBC (Hongkong and Shanghai Banking Corporation), for instance, forged a partnership with virtual platform Decentraland, with the company keen to use its investments in sports, that range from Rugby Sevens to the LPGA and DP World Tour, to drive engagement on the platform. As this gains pace, there will be further opportunities for sports properties. In European football, finance and insurance companies led the way in terms of front of shirt sponsorship in 2021, spending around USD11 million per year on average per sponsorship. AIA’s partnership with Tottenham is the most expensive, valued at almost USD54 million per year (according to Euromonitor’s Sponsorship Valuation Model). The metaverse could offer a new way for teams to amplify the brands and companies investing in professional sports, further developing partnership synergies and positively impacting deal revenues. 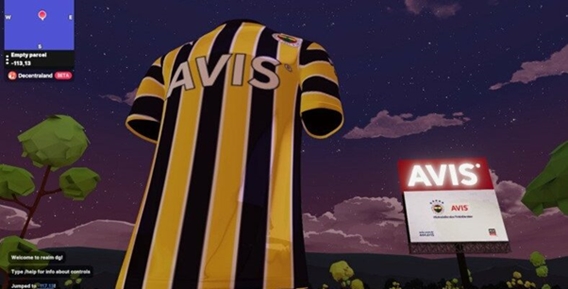 In 2022, Heineken generated impact when it unveiled the first ever brewery, bar, and virtual beer (Heineken Virtual Silver) in the metaverse.

While pouring rights at virtual stadiums might be limited in their ability to quench the thirst of sports fans, activations and exposure generated at immersive digital concourses can function as a cog in a wider activation strategy, reaching new consumers, generating global media mentions and creating greater confidence in return on investment for sponsors.

In 2022, the physical experience reigns supreme

Every year around 70 million fans attend Major League Baseball games, while the top five European football leagues bring in approximately 40 million fans. That physical sports experience is unlikely to be threatened or in any way diluted by the metaverse, especially in its nascent stages. It will, however, create new avenues for fans to engage with the teams and athletes they love, the brands those properties partner with, and create a new pipeline of commercial opportunities as virtual worlds and the economies therein take flight.

For further insight read our report, A Glimpse into the Sports Metaverse.