It is no secret that tennis is an ageing sport. Some studies have pointed out that the median age of WTA and ATP viewers is late-50s – a figure that continued to rise over the last few decades. Deepening the sport’s engagement with younger fans will be paramount in maintaining viewership, especially since millennials and gen Z will account for 41% of the world’s population by 2030. This will require the game to follow a two-pronged approach: increasing off-game engagement through effective social media strategies that captivate younger audiences, and boosting in-game appeal by focusing on shorter and faster formats that speak to the tastes of younger viewers. 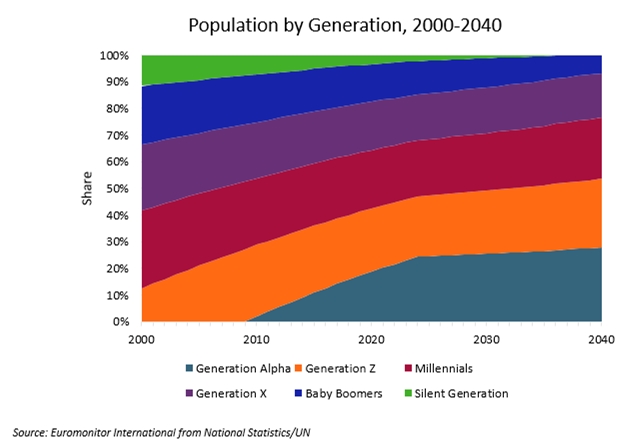 Social media platforms: a must-have to engage with younger audiences

Social media took the world by storm over the last decade. Platforms such as Instagram, Twitter, Facebook (now Meta) and TikTok, have opened the door for closer interaction with tennis players, tournaments and the sport’s wider community. Active social media accounts for some of the best and most popular tennis players, such as Rafael Nadal, Novak Djokovic and Serena Williams, have helped the sport draw younger audiences and drive fan engagement. For example, even during the lockdowns that ensued as a result of the COVID-19 pandemic from March 2020, Rafael Nadal was actively posting day-to-day activities on his social media account and keeping his followers updated.

Tournament organisers have also played a role in developing appeal with younger audiences, including the organisers of Wimbledon and the US Open, which have hired social media managers to take charge of delivering engaging content. For example, the All England Lawn Tennis Club teamed up with TikTok to create content for the Wimbledon championships in 2019. Also, in April 2021, the Lawn Tennis Association (LTA) broadcast the Billie Jean King Cup between Great Britain And Mexico in what was the first ever live sporting event on TikTok in the UK.

Influencers and youth ambassadors have similarly helped boost interest among a younger audience. The United States Tennis Association (USTA) has partnered with over 100 influencers, who share their stories and engage with young fans on social media platforms. Also, the Wuhan Open in China used the now-retired Li Na as a global brand ambassador to promote and spearhead the tournament’s recruitment drive for young volunteers on iQIY, a Chinese social media and video streaming platform.

Over the last few years, Instagram and TikTok have been the de-facto preferred social media platforms among millennials and gen Z, and this is expected to play a key role in delivering targeted social media impressions. According to Euromonitor International’s 2021 Voice of the Consumer: Digital Survey, 68% and 63% of gen Z and millennial respondents indicated they use Instagram multiple times a day, respectively, compared with 61% of gen X and 37% of baby boomers. The rising crop of new young tennis players, such as Naomi Osaka, Denis Shapovalov and Alexander Zverev, have banked on Instagram, and increasingly TikTok, with both social media outlets providing fast, short, and eye-catching visual content that engages and attracts younger audiences. 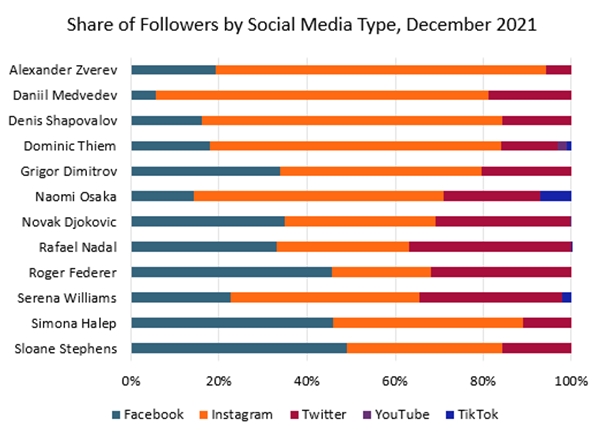 Experimenting with new formats of the game can attract younger audiences
Attracting the attention of millennials, gen Z and gen alpha has been a key challenge for the game of tennis, which still has deep traditional roots. In recent years, however, tennis has seen a raft of innovations and changes made primarily to attract younger viewers. Shot clocks with a 25 second countdown were first introduced at the Next Gen ATP Finals in Milan in 2017, and were later adopted by the US and Australian Opens to speed up play. In 2020, the ATP decided to use 25 second shot clocks in all tournaments.

Shorter and faster formats of the game have similarly been promoted, such as Fast4 tennis, which was introduced by Tennis Australia. Unlike the traditional tennis scoring system, which goes up to six (or seven), Fast4 requires a player to win four games in the best of three sets. In addition, point systems are equally being altered to speed up play with no-ad and no-let scoring. While the traditional scoring system is still being used by most Grand Slams, ATP and WTA tournaments, Fast4 Tennis is being trialled and tested at minor events.

In 2020, tennis coach Patrick Mouratoglou introduced the Ultimate Tennis Showdown, an individual round-robin tennis league. It sees a match being split into quarters lasting for 10 minutes, with the player having the largest number of points winning the quarter. The showdown also includes players wearing microphones, and live interviews mid-way through the match. According to Mouratoglou, Ultimate Tennis Showdown seeks to better align with the fast-paced demands of younger viewers and bring in a new generation of tennis fans.

Tennis, a sport that is increasingly being followed by older viewers, is indeed facing a challenge in deepening engagement with younger audiences. It is trying to overcome this through more immersive social media engagement and utilising ambassadors and influencers to better interact with the desires of younger audiences.

Tennis is also implementing more fast-paced forms of the game that speak to younger viewers. However, it will need to ensure that it strikes a balance in terms of its in-game innovations by not altering the game to the point that it loses its appeal and unique deep-seated traditions. Pushing away older viewers would be a mistake, as they still make up the large majority of the sport’s audience. Instead, delivering a mix of modern and traditional variants of the game that speak and appeal to diverse age groups would be the rational way forward to make the sport sustainable in the long term and grow commercial revenues in the short to mid term.

For further insight into the future of sports fan engagement, see our report TikTok and Twitch: Engaging the Next Generation of Sports Fans Online