As Germany, the fourth-largest economy in the world, heads into the post-Merkel era, the country faces numerous challenges that threaten its competitiveness, and with that, of the EU more broadly. Although Germany’s economy blossomed under chancellor Angela Merkel, it lacked a longer-term course laying the ground for largely foreseeable, yet fundamental shifts. Thus, as her tenure comes to an end, the country’s ability to face to the future is at risk.

The era of chancellor Angela Merkel which began with the first of four terms in 2005, saw an economic resurgence for Germany, leading to record levels of GDP and employment even through multiple political crises. This sustained period of economic growth and stability eventually translated into evolving consumer priorities, as rising disposable incomes and consistently low interest rates fuelled spending and a greater focus on upmarket products in various industries. 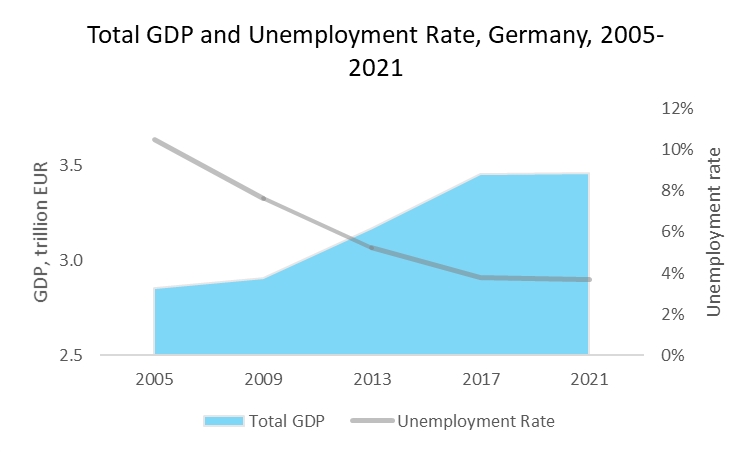 However, the COVID-19 pandemic not only represented a sudden shock to economic stability and consumer confidence, it also ultimately revealed the lack of structural reforms in previous years. In fact, multiple and consecutive crises led to a political approach with a short-time horizon in the Merkel era, focusing on slow incremental changes instead of setting a longer-term course. As a result, Germany significantly fell behind in key future areas. This backlog now threatens future economic competitiveness and stability, impacting businesses and consumers alike. Against this backdrop, the post-Merkel government faces growing disruptive challenges in the context of digitalisation, decarbonisation, demography and deglobalisation.

The COVID-19 pandemic revealed Germany’s reluctance to digitalise in the previous decade, directing wider attention to the unsatisfying state of its digital infrastructure and implications for the country’s competitiveness throughout its economy. In particular, small and medium-sized companies, as the backbone of the economy, are dangerously lagging behind. Moreover, the digital landscape has not been conducive to start-ups, leading to a decline in the number of emerging innovative businesses. Although digitalisation has accelerated since 2020, businesses and consumers are not used to disruptive change, thus impeding rapid progress. Yet, companies that implemented digital strategies early have benefited substantially. In apparel and footwear specialist retailers, for instance, Hugo Boss achieved growth through digital leadership in an otherwise declining channel.

Euromonitor International’s Digital Consumer Index provides evidence for the consumers’ limited digital progress, expecting that Germany will fall even further behind leading countries in digital readiness until 2025. Here, the development is particularly negative in the Connected Commerce component and its subcomponent Commerce Infrastructure, highlighting the subpar use and possession of digital devices.

After Germany’s highest court ruled that previous climate policies were insufficient, parliament passed a revised Climate Action Law in 2021. Given the slow progress in decarbonising the economy in the previous decade, new climate targets will require deep-rooted and swift changes, causing disruption that challenges key industries, including the all-important automotive sector. In any case, the government and companies throughout the economy are expected to invest heavily in decarbonisation in the years ahead. In this context, leading German companies including Adidas, Beiersdorf and Otto Group joined the UN Race to Zero in 2021, a global campaign to rally leadership and support from businesses to limit global warming in line with the 2015 Paris Agreement. The new decarbonisation era will facilitate innovation in the economy. However, combined with steadily increasing CO₂ prices, companies will face growing costs, likely pushing up consumer prices. These inflationary pressures could dampen consumer confidence and mitigate economic growth.

Over the coming decade, Germany’s demographic challenge posed by an ageing society will be exacerbated. From the mid-2020s, the baby boomers of the 1960s will retire, leading to a considerable decline in the country’s overall workforce and an increase in the already existing shortage of skilled workers. This will potentially mitigate Germany’s economic potential and growth prospects. In addition, the demographic development will also place increasing pressure on the country’s public pension scheme. This is due to a growing imbalance in the ratio of pension fund contributors to beneficiaries, which already required a subsidy from the federal budget of nearly EUR100 billion in 2021, over 30% of total spending, and rising. Without far-reaching reforms, the government’s ability to invest in key future areas will be increasingly limited, including digitalisation and decarbonisation, with implications for Germany’s mid- to long-term competitiveness. 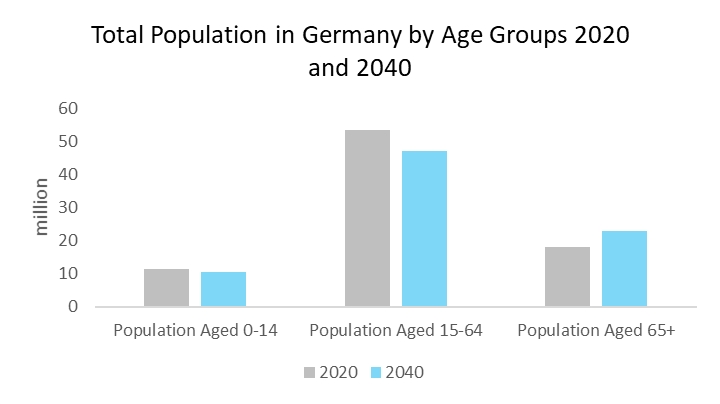 Increasingly, the world economy is facing the risk of economies shifting away from trade liberalisation and moving towards protectionism, fuelled by changes in economic power and geopolitical tensions, which have been further accelerated by the COVID-19 pandemic. This globalisation reset has severe implications for Germany’s export-dependent economy, which account for nearly half of the country’s GDP. In particular, the automotive industry, which comprises the highest proportion of exports, is facing growing uncertainty. This is due to its dependence on the Chinese market amid growing systemic competition, potentially resulting in worsening trade relations. Moreover, rising geopolitical tensions in addition to new social and environmental sustainability laws increase vulnerabilities of Germany’s often long and lean global supply chains. On balance, this globalisation reset adds to the risks of rising consumer prices and declining competitiveness of the German economy in the years ahead.

Businesses in Germany face a structural transformation that will require the implementation of digitally driven and climate-friendly production while facing a growing shortage of skilled workers and instability of global markets. Not only will this have implications for the business model of companies but also for the economic development overall. The stability seen during the Merkel era, fuelling a surge in consumer confidence and disposable incomes, is expected to give way to growing economic uncertainty and thus likely changing consumer preferences. This, in turn, will impact the EU overall with Germany’s economic and political clout mitigated amid growing economic pressure. Yet, despite mounting risks, opportunities are also likely to arise. The country’s new government is expected to accelerate necessary reforms and investments, thus potentially providing future-oriented economic growth impulses that could spark increasingly forward-thinking consumer behaviour in post-Merkel Germany.

The global pandemic has drawn attention to sustainability, rising awareness and accelerating actions and investments from companies and governments. This report…

Euromonitor International predicts the global economy to grow at 4.6% in 2022, but continuing to face pandemic-related risks including the ongoing supply…